Russian return to the Caucasus

July 16 2011
66
The outflow of the Russian population from the North Caucasian republics acquired a landslide character in the 90s of the last century. The exodus of the Russian population and the imbalance caused by it did not pass without a trace either for the republics of the North Caucasus or for Russia as a whole. In fact, there is a degradation in the main areas of vital activity of these subjects of the federation and a weakening of Moscow’s influence on the socio-political processes taking place here. It is no coincidence that lately an increasing number of politicians are turning their attention to this problem and signifying the return to the region of the Russian population as one of the main directions for improving and stabilizing the situation in this region.


One of the main supporters of the return to the North Caucasus of the Russian-speaking population is the adviser to the President of the Russian Federation Murat Zyazikov. According to him, the necessary and priority task is to preserve and strengthen the escaping inter-ethnic and inter-confessional balance in the North Caucasian republics. What is necessary to take measures to return to the cities and villages of the region, the previously left Russian population. According to Zyazikov, Caucasus needs internationalism. The Russian people could always unite and consolidate other peoples around them. Russians are capable of respecting and accepting the traditions of various nations, which is also of great unifying importance, notes Murat Zyazikov. The peculiarities of the Russian attitude to other nationalities and the peculiarities of the Russian character can and should play a positive role in the fate of all the peoples of the Caucasus.

The decline in the Russian population in the region began in the Soviet times in the 60-70-s of the twentieth century, but then it was caused primarily by natural demographic reasons. However, at the end of the 80s, during the “Perestroika” era, the “Russian question” in the region acquired a completely different character. The situation reached a critical point in 1994, with the start of the first Chechen campaign. During this period, along with the failed policy of the federal center in the region, radical Islamic movements began to gain strength, partly transforming into terrorism and religious-political extremism. As a result of this, the outflow of the Russian population from the republics of the North Caucasus has acquired just a precipitous character, writes in his work “Do Russians Return to the Caucasus?” Igor Dokayev, Doctor of Philosophy, Professor at Southern Federal University, writes. 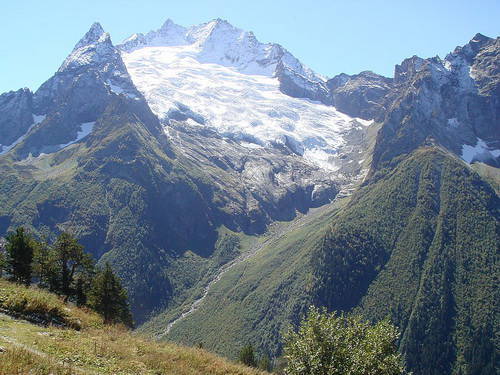 In absolute terms, this outflow was expressed as follows. In 1989, the share of Russians in the republics of the North Caucasus was 26% or, in absolute figures, 1359, thousand people, with the total population of the region being 5305, thousand people. And ranged from 9% in the Republic of Dagestan to 68% in the Republic of Adygea. By the 2002 census, this figure fell by 15%, and the total Russian population to 994 is thousand people. In total for 13 years, the negative balance of the Russian population in the region was 360 thousand. In addition to the migration processes, this decrease was intensified due to the negative natural population growth.

In recent years, realizing the negative consequences of this outflow, the heads of the region are trying to solve this problem. The situation in the North Caucasus is slowly, but still changing for the better, old conflicts are amenable to settlement. Activization of terrorists is declining, local legislation is being brought in line with the Constitution of the Russian Federation, some revival is planned in the economic and social areas. The authorities in the region come to understand that a number of political and socio-economic projects aimed at modernizing without the involvement of the Russian population are simply doomed to great difficulties. 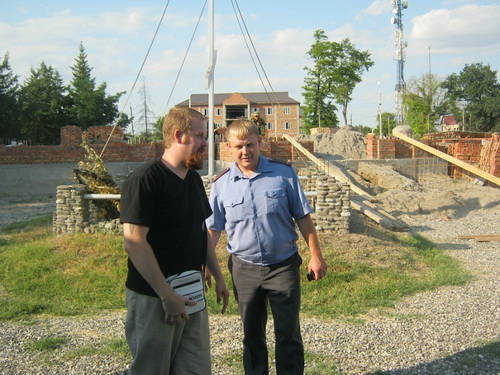 Construction of an Orthodox church in Chechnya, photo from http://demushkin.com
Currently, almost all North Caucasian republics are implementing special programs aimed at the return of the Russian population. The suspension of the outflow of the Russian population from Dagestan is recognized by the leadership of the republic as one of the main tasks. The President of the Republic annually addresses this issue in his letters to the National Assembly. According to the authorities of Dagestan, this problem cannot be solved only by private measures. We need a comprehensive approach with improving the socio-economic conditions of life of the population in the region, improving the economy of the region. In the northern regions of the republic, where the Russian population lives most compactly, the Coordination Council was created, headed by the Deputy Prime Minister of the Republic of Dagestan. Adopted and implemented the republican program "North", aimed at preserving historical the identity of the Russian population. The program suspended the outflow of the population from the republic; since 2002, about 5 thousand people have returned here.

There is a program for the return and settlement of the Russian-speaking population in the Chechen Republic. The authorities of the republic allocate funds for the restoration of religious institutions of the Orthodox Church, as well as putting in order the Orthodox cemeteries. On the days of church holidays, the authorities of the republic organize work to ensure the safety of believers. Moreover, even a change in public opinion in relation to the Russian-speaking population does not lead to its return to the republic. Today in Chechnya there is practically no affordable housing market, and unemployment exceeds 50%. The production sector of the republic’s economy, in which the Russians mainly worked, was not fully restored. 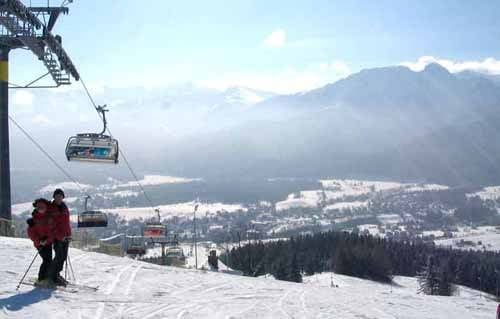 According to the Chechen authorities, the lack of work is the main obstacle to the return of the Russian-speaking population to the republic. According to the spokesman for the head of Chechnya, Alvi Karimov, measures are now being taken in Chechnya to return the Russian-speaking population. This is part of the political program of the head of the republic, aimed at returning to the region of those who are forced to leave it due to various circumstances. According to him, people who left 15-20 years ago are hard to come back, they have settled down somewhere, during which time a new generation has grown, young people reluctantly leave large cities where they get education or got a job. At the same time, the situation on the labor market in Chechnya is very tense, although work on creating new jobs is constantly under way. Against this background, artificially activating the return of Russians to the region with the provision of benefits for them in employment can again cause social tension in the region and increase the degree of anti-Russian populations.

It is precisely the problems of employment and the insufficiently high socio-economic development of the regions that contributes to the outflow of Russians from such traditionally loyal republics as Kabardino-Balkaria and North Ossetia (Alania). At the same time, in Kabardino-Balkaria, the main hopes are associated with the resumption of production at the Tyrnyauz Mining and Processing Plant, and the creation of jobs in industry.

The problem of unemployment in the region is partly planned to be solved through the development of tourism infrastructure. The natural conditions of the region are excellent for deploying a network of ski resorts here. It is tourism, according to federal and regional authorities, that can help the region to overcome the crisis. Already, a program is being implemented here to create a North Caucasian tourism cluster consisting of 5 ski resorts in Adygea, Kabardino-Balkaria, Karachay-Cherkessia, North Ossetia and Dagestan. For these purposes, created JSC "Resorts of the North Caucasus". It is planned to invest about 450 billion rubles in the development of tourism infrastructure. For these purposes should be built about 803 km. ski slopes, hotels, new roads and airports. At present, the Russian side seeks to attract French and Austrian investors, with whom preliminary agreements have already been reached, to implement this project. 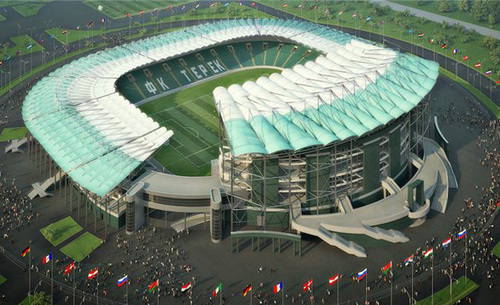 New 30-thousandth stadium. A. Kadyrov in Grozny
The economic development of the North Caucasus in Moscow is planned to lead in three directions: light industry, the agricultural sector and tourism. By assigning a key role to the development of tourism. It is assumed that the implementation of this federal strategy for the development of the region will help to create around 100 000 new jobs. The creation of new jobs will directly contribute to the preservation and growth of the Russian-speaking population.

Also one of the most important areas for stabilizing the region as a whole and improving inter-ethnic relations is sports. A big sport can be a factor uniting people, Murat Zyazikov believes. In this regard, holding the largest international competitions in Russia is a big step towards this. In the coming years, Russia will host the 2013 Universiade of the Year, which will be held in Kazan, the Winter Olympics in Sochi at 2014, the World Hockey Championship in 2016, and the World Cup in 2018. The holding of these international competitions, undoubtedly, should intensify the efforts of all the inhabitants of the country for their successful holding and the victory of the Russian teams. At the same time, the possible holding of World Cup matches in Grozny, at the recently built 30-thousandth stadium, could become a strong image project for this republic.

Also of particular importance in the North Caucasian republics is the development of local sports. In this regard, the development of football in these republics, as one of the most popular sports, is indicative. The functioning of the Terek and Anji football clubs helps to reduce the degree of tension in the region. And the invitation to Anji of football players of the level of Roberto Carlos gives the region additional points in the international arena. In the course of further work on the improvement and improvement of economic and socio-cultural life in the North Caucasus, the return of the Russian population here can be spoken of as a completely feasible process.

We are in Yandex Zen
Why we lose the North Caucasus
Military reform as an integral part of the security concept of the Russian Federation: Systematic dynamic assessment
66 comments
Information
Dear reader, to leave comments on the publication, you must to register.