The generals declared war on the General Staff 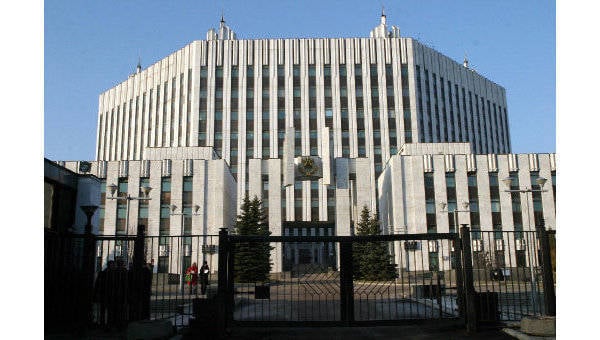 The effectiveness of the reform is periodically criticized. Thus, the comprehensive verification of the military units and formations of the Russian army, completed in November 2009, revealed the sky readiness of most of the “new look” brigades. In particular, the combat readiness of more than 60 percent of the brigades was rated “satisfactory,” and only four operational units — ships — received an “excellent” mark. fleet, which, however, did not prevent the same N. Makarov at the end of 2009 from declaring the success of the first stage of reforms in the Russian Armed Forces.

The Defense Ministry seems to have been satisfied with such an assessment by the General Staff of the state of affairs in the army so far - at least, no public flogging “from above” was observed by N. Makarov. The current scandal, which became public due to the publication in the media, “hush up” does not seem to succeed. And it is possible that the president of the country will have to “settle” the situation in the General Staff.

On Tuesday, Nezavisimaya Gazeta, citing one of the high-ranking officers of the Ministry of Defense, reported that several influential military leaders had submitted to the Minister of Defense of the Russian Federation, Anatoly Serdyukov, resignation reports in protest against the transformations being carried out in the army.

The reasons that prompted them to write resignation reports, high-ranking military did not disclose. However, according to an unnamed source in the Ministry of Defense, the generals took this step because of disagreement with the methods of reforming the army used by the Chief of the General Staff, Army General N. Makarov.

"The armed forces are in some temporary, experimental state, live on some projects, according to not approved guidelines." “The condition of the troops, their“ fantastic ”combat readiness, which the Chief of the General Staff likes to say so, is also a fiction,” said an anonymous newspaper source.

The "rebels" themselves, of course, do not give any comments. The General Staff is also refraining from official comments. Meanwhile, according to the information of the same Nezavisimaya Gazeta, the military secretary Nikolai Pankov, one of the military commanders, was asked to arrange a meeting with the generals who had written the resignation and discuss the problems of the army and the navy state interests. " Whether such a meeting will take place is still unknown.

The “reform” of the Armed Forces has acquired a continuous character in Russia. She has been going for almost 20 years. Each new Minister of Defense and Chief of General Staff, taking the chair, announces the reform in his own way. But one thing in all of these protracted reforms does not change - the main goal is always to reduce defense spending. At the same time, the assertions of the top of the Russian Federation on "strengthening defense" of the country play the role of "ritual chants": even ordinary people are well aware that by reducing defense spending it is impossible to increase the country's security.

The same N.Makarov, in particular, previously stated that it is necessary to rely on constant readiness units / constitute 20 percent of the total number of combat units /, and everything else - headquarters and warehouses - should be abolished.

Such an approach to reform, many military called barbaric, figuratively noting that the army can not be cut alive.

But perhaps the most interesting thing is that N.Makarov, speaking of the need to reduce the rear connections, exactly repeats the theses of the Minister of Defense. Moreover, in the framework of the current scandal, the General Staff does not say anything about the claims against A. Serdyukov.

The President of the Academy of Geopolitical Problems, the former Chief of the General Staff of the country, Leonid Ivashov, has long and consistently criticized the country's military leadership for the ongoing reform of the Armed Forces. He believes that the demarche of high-ranking officers of the General Staff must force the gyrus and think about the real consequences of this reform. . Leonid Ivashov and said earlier that in the regions the commanding staff expressed discontent with plans to reduce the size of the Armed Forces. He believes that further this discontent will only increase.

As the director of the Institute for Political and Military Analysis, Alexander Sharavin, told PRIME agency, “first, we need to wait for official confirmation of the information that a number of generals wrote reports in response to the policy of the Chief of the General Staff. I personally know all these people, the same Tretyak is very a competent and professional person. The generals themselves cannot comment on the situation right now, and rightly so, until they have received an answer to their reports. From the military, there have been claims to Makarov before. The fact is that when When Serdyukov rushed in, the areas of responsibility in the army were clearly divided. At the same time, the same Makarov made inconsistent decisions. Moreover, according to the military, he was not very willing to defend the position of the General Staff for the same defense reform, preferring to hide behind Serdyukov’s back, took a compromising position. "

“I think that President Dmitry Medvedev personally should intervene in the situation as commander-in-chief of the Armed Forces. We need to seriously understand what happened. The same General Tretyak, his weight in the army, his professionalism deserve a personal meeting between Medvedev and Tretyak, the conversation should necessarily take place, "- said A. Sharavin. At the same time, he added, "that the conflict in the General Staff, which has attracted the attention of the media and has already become, as they say, public knowledge, cannot be mashed up".

We are in Yandex Zen
Military reform as an integral part of the security concept of the Russian Federation: Systematic dynamic assessment
The horrendous consequences of the “Serdyukov reform” are not fully realized.
3 comments
Information
Dear reader, to leave comments on the publication, you must to register.