The plundering of Russia in the 1920-ies. The first attempts to counter 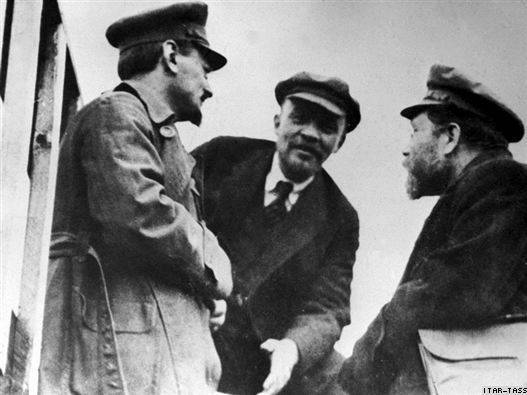 The ruin in Soviet Russia brought a lot of misfortune to its inhabitants, but it is known that “to whom the war is, and to whom the mother is native,” it was then. Russia sold industrial goods at inflated prices, enterprises and deposits of various resources came under the control of American business. In 1920-ies, the West and its accomplices in Soviet Russia turned out a unique and unknowingly equal-scale operation to plunder Russia.


Even hunger was the subject of fraud, so, in the central committee of the party, the hunger line was headed by Trotsky. With its help, several agreements were concluded with the ARA, an association of charitable and religious organizations, led by the US Secretary of Commerce G. Goover with some businessmen, for example, the famous Armand Hammer. Through them, Russia bought grain, but what is most interesting is that grain in a number of Russian regions also had its own. Crop failure was not everywhere, this grain was sold abroad (!) And immediately carried another, supposedly bought to fight hunger. It is quite possible that this was the Russian grain, already “scrolled”.

In 1922, Roscombank was created for financial operations with Western countries, which was headed by O. Ashberg, who was "famous" for operations to export Russian gold. In January, the Cannes Conference was held on 1922, at which the Soviet government was actually recognized, in March - the Genoa Conference.

Trotsky was in charge of the distribution of concessions, he also managed the campaign for the seizure of church values ​​and led the work on the “realization of Gokhran values”. His wife, N. Sedova, a graduate of Sorbonne University, is an art historian by profession, and took the position of head of Glavmuzey. Thus, the priceless icons of the XV-XVII centuries were left at the “price” of 50-150 rubles. Helped Trotsky in the realization of his uncle Abraham Zhivotovsky, who had settled in Stockholm at that time. Trotsky's sister, Olga, Kamenev's wife, being the chairman of the international department of the All-Russian Central Executive Committee, arranged exhibitions for foreigners in Europe where they offered different values ​​to foreigners. She was assisted in this by Richard Crane, director of Westinghouse Electric, one of the organizers of the February Revolution, then the representative of US President Wilson.

The locking of Gokhran was helped by the head of it, Yakov Yurovsky, who was "made famous" by the murder of the Romanov family. Another member of the Romanovs, the Beloborodov, was also included in the commission for the seizure of church property. Other "Trotskyists": V. Gomberg - headed the Russian-German trading company and the All-Union Chemical Syndicate, Serebrovsky - was responsible for supplies to the Workers 'and Peasants' Red Army, then headed Glavneft and Soyuzzoloto. Through Benjamin Sverdlov, who headed the Supreme Economic Council, exported furs, antiques, oil.

Lenin was aware of this, but could do nothing, apparently, Trotsky had “compromising evidence” on him. In the summer of 1921, he attempted to remove Trotsky from the posts of the People's Commissar for Military and Maritime Affairs and send him to the Ukraine as Commissar of Food. Trotsky ignored the instructions, and then, after a private conversation, Lenin retreated. After that, Trotsky gained control over a number of enterprises of the national economy near Moscow - Moskust. After six months of the actions of the “effective manager” of Trotsky and his people, according to the inspection of Rabkrin (Workers 'and Peasants' Inspectorate), the enterprises were destroyed, turning into a “feeding trough” for pumping public funds into a pocket. But after that, Trotsky got away with everything.

It was the peak of his power, he lived royally, occupied the palace of the princes Yusupov, kept the staff of servants, excellent cooks, personal doctors. In the palace he held his meetings, receptions, and negotiations. During the war he did not forget to take holidays, went hunting, fishing, resorts.

Of course, Lenin could not simply cede all power "without a fight", since it did not work out directly, he began to strengthen Stalin's positions. Unlike Trotsky, he led a completely different life: he was not noticed in relations with foreign circles, he lived very modestly, one might say ascetic. He was constantly at work, was not afraid to take "current problems", showed himself well in the war as an organizer, skillfully brought order, and, unlike Trotsky, was not marked by mass terror - the elimination of the Kolchak breakthrough under Perm in December 1918, in May 1919, breakthrough of the army of A.Rodzianko near Petrograd. During the war with Poland, he oversaw the successful South-Western Front, and insisted on the undesirability of transferring military operations to Polish territory, opposed the idea of ​​"world revolution."

Lenin appreciated the qualities of Stalin and advanced him: Stalin became his closest practical assistant, a conductor of his ideas. He also received the posts of people's commissar for state control and the Workers 'and Peasants' Inspectorate for the post of People's Commissar for Nationalities Affairs. In March, 1922, he was introduced to the Secretariat of the Central Committee, where they come up with a special position - the general secretary. That is, gradually, the positions of statesmen strengthened.

We are in Yandex Zen
Gorbachev. colleagues and accomplices. How to sell the USSR
How did the peasants live in Tsarist Russia? Analytics and facts
12 comments
Information
Dear reader, to leave comments on the publication, you must to register.