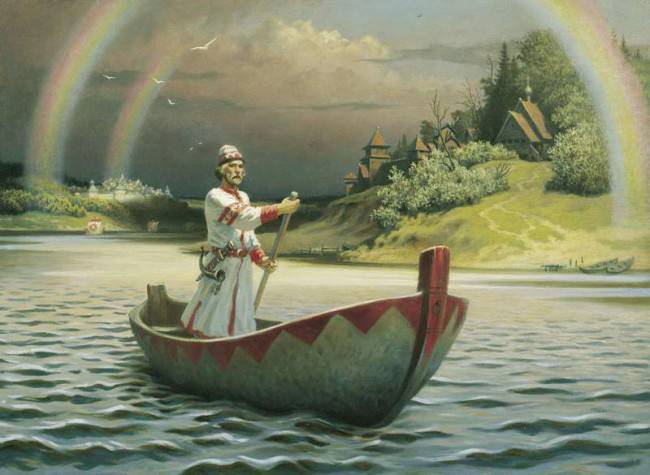 The main weakness of the modern Russian people is a significant loss of memory, the erosion of Russian culture itself, its transformation into Russian-speaking culture. Losing Your Own So, residents of Indian, Chinese, Japanese civilizations carefully keep theirs - their holidays, national clothes, martial arts, beliefs of their ancestors, their names, carefully preserve the memory of their history, without building a blasphemy. Preserve the continuity of generations, educate children through national films, music. Take the same China - in their films, the students of Shaolin defeat all enemies. In reality, China was bit more than once by the northern invaders, by the British, by the Japanese, most of China’s battles are internal disassemblies. China almost always lost to external enemies. But the main thing is that children are brought up on the principles of winners, and not forever whining defeatists.

Why is it that in Russia they also do not carefully preserve or restore the heritage of pagan Russia ?! Why, say, Perun's Day is not celebrated at the national level? We are no longer a Christian country and not atheistic, the Russian Federation is a secular state, and the pagan past is also our heritage. Pre-Christian Russia is just the “Atlantis” of our history, which carries tremendous opportunities for the revival of Russian culture, the Russian Spirit. For example, environmental education, Russian martial arts (they will say no, let's think out!). It is necessary to return to Russian children, and to the adult Russian Gods, our spirits - and then their brains are clogged with all sorts of alien garbage like Hercules, Tarzans, terminators, aphrodite, goblins, elves. This is a real war in the sphere of consciousness: the one who “loads programs” in people's brains is the master. If a Russian person does not have His own head, how can he stand against a stranger and still win ?! Why not create a Russian fashion designers, or rather not restore the Russian style in clothes? To make it beautiful, comfortable and yours - Russian!

Every year, with the mass of events, the Day of the Beginning of Slavic Literature is celebrated, which was given to the “wild” Slavs by the Christian enlighteners Cyril and Methodius. But the same Kirill mentions that he saw two books written by “Russian letters”! There is already a lot of evidence that in pre-Christian Russia there was not even one, but several types of writing.

Creation of Russian fleet associated with Peter the Great. But why are sea trips of Russian princes - Askold and Dir, Oleg, Igor forgotten? Why forgotten the rooks of the Novgorodians, the discovery by the Pomors of Spitsbergen, a flotilla of ear-flies, Cossacks? Russian fleet at least 12 centuries!

February 23 celebrates Defender of the Fatherland Day, and when it was called the Day of the Soviet Army, everything was right and right. But now this day has become the Day of Defender of the Fatherland, it turns out that the soldiers of the Russian Imperial Army, the Russian Tsarist armies, the Russian princely armies have nothing to do with it ?! They have nothing to do with 23 February, since, according to the logic of the renamers, an army was then created, which then participated in the fratricidal Civil War? It would be more accurate to preserve the memorable day of the Soviet Army, and to define the Day of Defender of the Fatherland on one of the memorable days associated with the significant victories of the Russian soldiers. Say, July 3 (capture of Svyatoslav Itil, the capital of the Khazar Kaganate), April 5 (Ice Battle, victory over the Crusaders, Russia over the West) or May 2 (fall of Berlin, surrender of his garrison).

It is time for Russians to remember who we are, that Russia is Russia, not Holland. It's time to learn to respect your past, your roots, and therefore yourself.

We are in Yandex Zen
On the other side of the "red" and "white." Report Izborsk club
Konstantin Syroezhkin: Transformation of China into a global power - while the myth
239 comments
Information
Dear reader, to leave comments on the publication, you must to register.