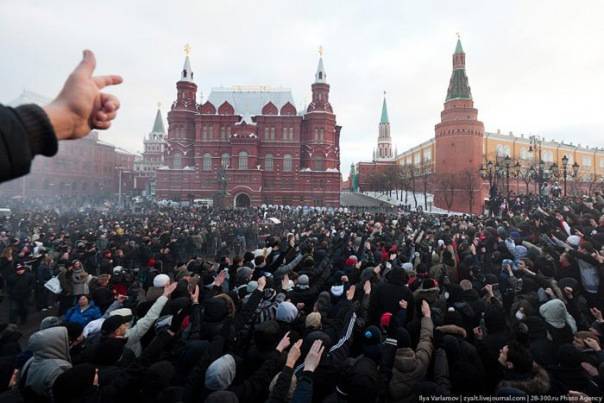 One of the scenarios that leads to the death of Russia and most of its peoples is a plan to turn Russia into a kind of “Russian Reich”. What signs of the implementation of this scenario are currently visible?


Firstly, there is an “inferiority complex” of the Russian people and other indigenous peoples of the Russian Federation associated with them forever, created after the collapse of the Red Empire. In fact, we were defeated in the Third World War, like the Russian Empire and the German Empire in the First World War. Only in Russia then the “Red Project” immediately appeared and began its constructive work, therefore Nazism and Fascism touched only various White-Immigration movements, almost without hurting Russia itself.

At present, ideologically, it is empty, there is no big idea - the slogan “enrich” leads only to the exacerbation of social discontent. The idea of ​​"European integration" of Russia, which is being introduced by political elites, is absolutely "stillborn." They do not affect the code, the program of the Russian people, therefore they are doomed to failure. The rest of the ideas are weak, only the idea of ​​Russian nationalism is like the revival of Russian culture, and with it the Russian people as the basis of our civilization, the revival of the Russian Empire, which already has supporters among the most diverse groups of patriots, from monarchists and Stalinists to neo-pagans, Rodnovers, can rally most of the population.

The Russians in their own state are actually turned into a cosmopolitan, rootless herd, a working redneck. Any signs of Russianness, they immediately try to declare "anti -setmitism", "great-power chauvinism", declaring that "Russian patriotism is the refuge of scoundrels."

Secondly, they are intensively preparing for the role of “Jews” - the Chechen people, and other North Caucasian nationalities, who by their behavior evoke analogies with the Chechen gangsters and extremists, the so-called "Chechenization" of the youth of other North Caucasian and Caucasian peoples. They created an elite status, they are less likely to thunder behind bars than the Russians, Tatars and other "non-elite" nations than for a similar crime. Provocations that inflate the media regularly occur, eventually creating an “internal enemy” that pushed aside oligarchic crimes, corruption of officials, Moscow’s surrender of foreign policy lines, returns to neighbors of a number of territories, etc. It remains only to “pull the trigger”, say “face ”And the third Chechen war or even the all-Caucasian war is guaranteed. Taking into account the hidden fighting qualities of the Russian people, its enormous numerical superiority and superiority in the field of armaments, it will be possible to forget about a number of Caucasian nationalities, they will be “cleaned out“ at the root ”. Tales about “proud dzhigits” and “mountain partisans” can be left to the children, if ordered, everyone will be found and “soaked in the toilet”.

And then the “global community” will have a great reason to build “Nuremberg-2”, if necessary.

Thirdly, the leader, V.V. Putin, is already ready, the party of the leader is formed, the various youth movements of the leader pump up his self-esteem. Only one example: a regular meeting of the Bilderberg club recently took place, a chair resembling a throne was installed there for V. Putin, all the rest had ordinary chairs. During his speech, he was applauded by standing the entire hall, including the presidium.

Another interesting movement is being created - the Popular Front. The question arises - against whom? The first victims will be - neoliberals? Putin's personality is popular among the people, even though he was a president for two terms, then a prime minister. That is, he has the highest power over a huge period of time, and during this period you can dig up a lot of negative material according to the state and population. And he bears full responsibility for him.


Fourthly, we can note the obvious growth of various kinds of neo-pagan organizations and movements. After all, there are not peasants and workers who go, mostly people with higher education, intellectuals, young students. In fact, the basis of the future ideology of the “Russian Reich” is being formed - by analogy with the Third Reich, neo-paganism became the basis of the Nazi ideology, but the “dark sense” - the worship of the “Black Sun”. A lot of literature on this topic is published, magi and veduns appear, sanctuaries are created, and the number of their supporters multiplies among the community.

Although, in general, the positive aspects of such organizations and communities can be noted: their members lead a healthy lifestyle, do not use various dopeyrs, engage in hand-to-hand combat, read a lot, are socially active, create normal families. Take a patriotic position in the field of ideology.

Fifthly, active propaganda of anti-Islamism creates an image of an enemy from China, from European countries, and NATO makes "friends." “World backstage” wants to make the Russians its tool in the fight against the Islamic world, China, throwing the Russians against them in the “last battle”. Russia itself and its peoples do not need a conflict with the Islamic world and China, we need constructive cooperation.

Therefore, the Russians, if this scenario is chosen by the “world behind the scenes” as a priority, it is necessary to pass along the “razor blade”. In this scenario, there is a chance for the revival of our great power, the people, but Russian nationalism should not fall to the level of Nazism. We must remember and keep in our souls our ideals: Generosity, Love, Justice, Mercy for the weak ...

We are in Yandex Zen
The world we leave, the world we enter, and the world between them
On the other side of the "red" and "white." Report Izborsk club
14 comments
Information
Dear reader, to leave comments on the publication, you must to register.