Defense Ministry: in Russia can be created aerobatic team on the Yak-130 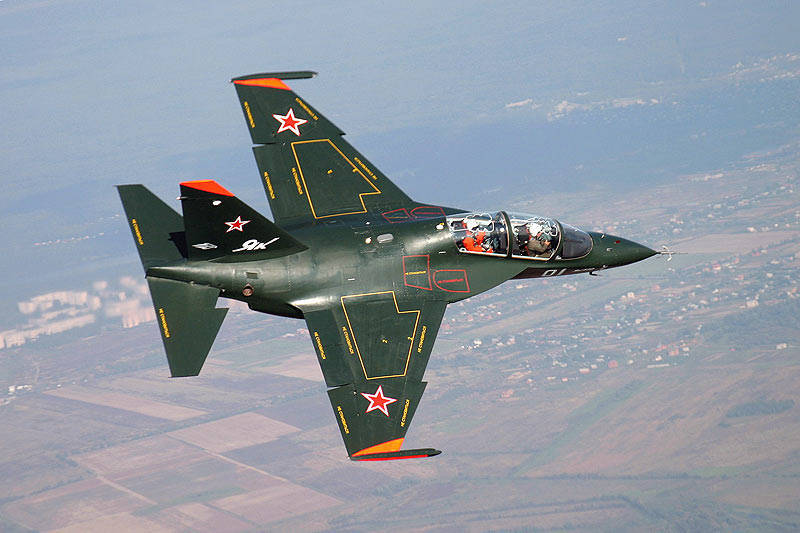 In Russia, a new aerobatic team can be created on the Yak-130 training and combat aircraft called "9 May", said Russian Defense Minister Anatoly Serdyukov. “As for the creation of an additional aerobatic team, we will think about it,” the minister said today.

Commenting on the report on the possible creation of a piloting group on Yak-130 planes called "9 May", Serdyukov said that this was an "interesting offer," Interfax reports.

The Yak-130 combat training aircraft was developed by the Yakovlev Design Bureau, which is part of the Irkut Corporation. It belongs to the new generation of training aircraft. On this machine, for the first time in Russia, fully digital on-board radio-electronic equipment has been implemented.

Yak-130 selected as the base aircraft for the main and advanced training of pilots of the Russian Air Force. It is the main component of the training complex of the Air Forces of Russia, including an integrated system of objective control, training computer classes, aerobatic and specialized simulators.

The aircraft is intended both for training and combat training of flight personnel, and combat use in simple and complex meteorological conditions for air and ground targets. The total combat load on the nine nodes external suspension can reach three tons.

The performance and maneuverability characteristics of the Yak-130 are close to those of modern fighters at subsonic flight speeds. The plane allows at the most modern level to solve the problem of training pilots for Russian and foreign combat aircraft of the generation "4 +" and "5".

On the eve of the information appeared that the famous all over the world aerobatic teams "Swifts" and "Russian Knights" could be disbanded.

We are in Yandex Zen
New aerobatic team on the Yak-130: competing with England and France
3 comments
Information
Dear reader, to leave comments on the publication, you must to register.