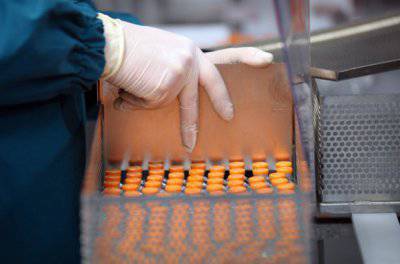 The most important conditions for fulfilling the task of import substitution set by the president are disavowing the vicious idea of ​​“entering the world economy” and the general nationalization of strategic sectors of the economy, said Konstantin Sivkov, president of the Academy of Geopolitical Problems.


Although the sanctions adopted by the “civilized world” against Russia have not yet caused any significant damage to its economy, in the context of worsening relations with the West and its allies, President Vladimir Putin has rightly set the task of freeing the country's economy from import dependence. We must be ready to tighten the sanctions, change their format. The already uneasy Russian - American relations at any moment can become complicated due to the opposition in the east of Ukraine. In such a situation, we should expect the most unpleasant surprises ...

The inadmissibility of the country's growing dependence on imports, especially from competing countries that may become potential adversaries, was said by experts a long time ago, literally from the very beginning of “democratic transformations”. These “transformations” took place under the banner of “entering the world economy”, which in practice meant the destruction of our own industry in order to free the Russian market for foreign producers. Ideologically, this trend has not yet been disavowed. In this regard, until now, there are conversations and debates about whether we need it today. Therefore, the most important condition for successfully solving the task of restoring the economic sovereignty of our country is recognition of this concept as untenable, and the technology of its implementation in our country is criminal, bringing to justice those who conducted it in our country in 90 and subsequent years.

Another no less dangerous situation is the postulate that the private owner is much more effective than the state leader. Under this slogan, we had a mass privatization of industrial facilities. A large part of the enterprises of the high-tech industry associated with basic technologies, that is, with the production of primary, basic products - various materials, microelectronics, etc., fell into private hands. As a result, these industries were mostly destroyed. The destruction of these industries of our industry went under the talk of the "unprofitability of such production." In particular, Russia has practically lost the possibility of producing microcircuits, especially complex ones, such as computer chips, we have big problems with the production of high-alloy steels (therefore, cars made from domestic steel quickly rust, there are problems with the production of high-durability gun guns) for the production of highly heat-resistant materials based on carbon.

Today, the President has set a task to restore such production in our country. This is supposed to allocate a lot of budget money. Their investment in the private sector is inefficient and unfair.

Private owners of previously powerful and efficient state-owned enterprises have already crushed them once, turning them into various secondary facilities, such as warehouses, office centers, etc. And one of the main reasons for this is that these owners, having acquired these enterprises, could not manage them simply because they did not have the appropriate training. It was easier for them to shut down production and use the vacated areas for more understandable tasks for them, in particular, for storing imported products. Additional financial investments to the same people will not give anything - these people simply will not be able to organize the revival of such complex industries. They showed their incapacity in this capacity earlier, when, having obtained these productions in working condition, they could not (and did not want) to keep them. Therefore, such investments in the private sector are obviously ineffective.

At the same time, they are also unfair, because it is wrong budget - to use public money to enrich private owners.

Finally, the revival of such industries will require the coordination of efforts of all sectors of the Russian economy, primarily its strategic sectors.

Therefore, the second most important condition for successful import substitution should be the general nationalization of strategic sectors of the economy. Without this, such a task cannot be resolved in terms acceptable to Russia in the current situation.

This is obvious to most responsible economists and practitioners. Nevertheless, at the initiative of the Russian government, a new stage of nationalization is being planned in the country, and it is precisely the strategic sectors that have remained in state ownership. Obviously, it's time for our president to think about personnel changes.