30 May 2014
56
The information bias towards the Ukrainian events is so strong that what is happening in Ukraine captures the minds of Russians already much more than the events inside Russia. But quite recently, the front pages of most Russian media were given to portraits of such a gentleman as Anatoly Serdyukov with his “favorites.” By the current moment, there is such a feeling, Anatoly Eduardovich has already managed to put a good dozen candles for the health of Ukrainian politicians, who carefully caused the entire information fire on themselves, allowing the ex-Minister of Defense of Russia to take a deep breath. They say that Serdyukov’s neighbors heard from behind the wall timid and unanswered cries of “Glory to Ukraine!” Performed by Anatoly Eduardovich ...


Apparently, not so diligently as Anatoly Eduardovich addressed to the heavens the ex-head of the property department of the Ministry of Defense Yevgeny Vasilyev. Of course, over the past few months, the people have already begun to pretty much forget about who she is at all, but suddenly she came from the main military department. newswhich made me remember about Evgenia Nikolaevna, her “brunettes” and the burden of art. 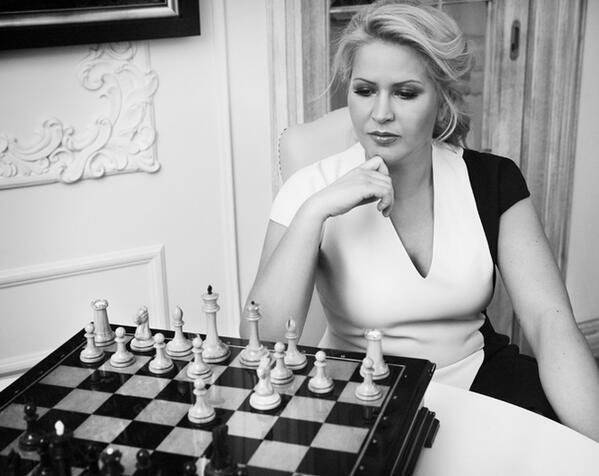 The Ministry of Defense of the Russian Federation on the eve of the trial of Ms. Vasilyeva seems to have finally decided on the amount of the claim to the accused in the extensive case of Oboronservis. In the military department they decided that the amount should be round, and they charged Evgenia Nikolaevna exactly by 1 billion rubles. At the same time, it was announced that the total damage caused to the state by Ms. Vasilyeva amounted to 3 billion rubles, but 2 billion of them have already returned to the budget of the department. The money returned, as it turned out, was not the “favorite” itself, but those firms that acquired the real estate of the Ministry of Defense at the “piece-rate” price.

If we talk about the returned property of the Ministry of Defense, then such objects as the oil transshipment complex in the Murmansk Region and the 31 State Institute of Special Construction of Russia belong to it. In addition, by the court’s decision, bank accounts of Vasilyeva and organizations under her control were arrested for a total of 325 million rubles, as well as several properties located in both capitals (Moscow and St. Petersburg) and owned by a non-resident.

Evgenia Vasilyeva, from 23 in November 2012, is under house arrest and her final term in the status of “house inmate” is limited to 23 in July 2014. During this time, the court repeatedly softened the conditions of stay under the home lock to the heroine of the Department of Property Relations. One of such easing concerns the use of the ex-official of communications. Other - visits to Mrs. Vasilyeva. At the same time, the court declared that Vasilyeva could use phones and the Internet solely for purposes that had nothing to do with the case. Verification of the purpose of using communication means by Evgenia Nikolaevna from the side of the relevant authorities is carried out, apparently, day and night ...

About a month ago, the defendant in the case of large-scale embezzlements at the Ministry of Defense asked the court to give her the opportunity to visit the temple twice a week, to which the investigator named Pavlovsky responded as follows:
You can pray to God not only in the temple, but also at home.

So it turned out that domestic prayers did not lead to the proper effect, and now Evgenia Nikolaevna’s lawyers have to add additional resources so that their client can explain “where is the billion?”

Meanwhile, Evgenia Vasilyeva, who had a lot of free time in between studying the criminal case, managed to release a collection of poems “Cornflower songs of Zhenya Vasilyeva” and “remotely” to present it in the Moscow gallery “Dresden”. Until recently, Evgenia Vasilyeva also “remotely” held an exhibition of her canvases under the general title “Behind the Glass”.

On May 29, lawyers for the defendant reported that their client had completed the process of getting familiar with the criminal case. It should be noted that the familiarization process was very long, but it’s impossible to calculate how many canvases and songs during this time were written by a figurant, unfortunately, it’s not possible ... If the familiarization has been completed, then the fact that it’s time to go to the final stage soap opera called "Slave Department".

But how fast will this finale be? - serious question. The fact is that Anatoly Eduardovich is going to be “hooked up” to the process and, well, it should happen, again as a witness. It is reported that amnestied Mr. Serdyukov is planning to be summoned to testify in the case of Oboronservis. If the court session with the designated participants would be broadcast via federal channels, then in Russia it at the first stage could definitely have a level of audience interest with the finals of the World Hockey Championship-2014, and even with the opening ceremony of the Sochi Olympics. But, most likely, in this case, viewers would have been disappointed - “drying the game” against the background of a common boring picture, although the budget of the show with a minimum of hockey “world championship” is exactly comparable ...