Kiev high-precision missiles have long been time to dispose 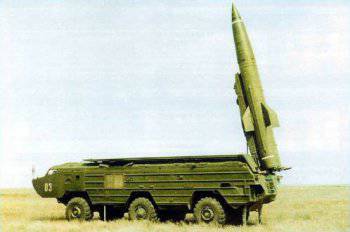 According to the "Russian Spring", rocket specialists said that the missiles used in the Tochka missile systems, which are in service with the Ukrainian army, have long expired the life of the solid rocket fuel charges.


In 2002, a rocket fired during a training exercise hit a residential building in Brovary. Then three local residents died, five more suffered.

Earlier, the head of the press service of the ATO Vladislav Seleznev said that the territory of the Donetsk and Lugansk people's republics can be delivered high-precision rocket attacks.

Ctrl Enter
Noticed oshЫbku Highlight text and press. Ctrl + Enter
We are
Reports from the militia of New Russia for 27-28 September 2014 of the yearAutomatic guns for armored combat vehicles. Point of view of a Western specialist
Military Reviewin Yandex News
Military Reviewin Google News
82 comments
Information
Dear reader, to leave comments on the publication, you must sign in.