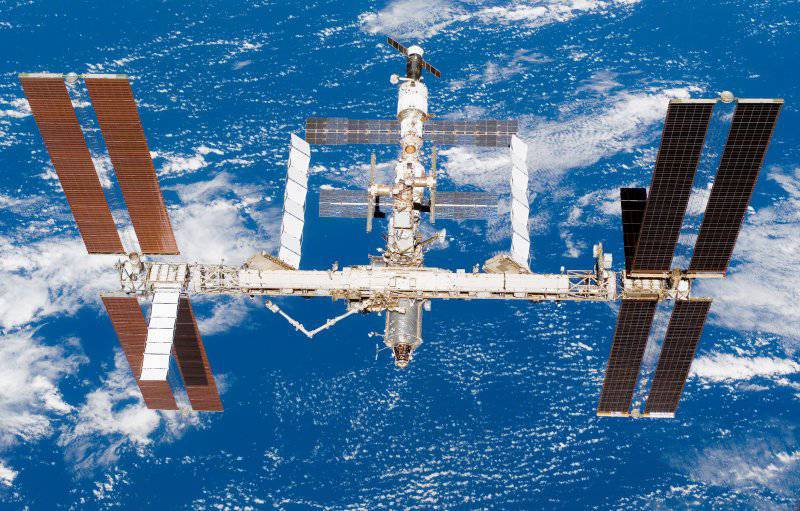 Against the background of recent events, Russia is fundamentally changing the vector of foreign policy, and is now focused on a rich and prosperous Asia, and not on a poor crisis Europe. This trend is also evident in the field of scientific cooperation, including in the space industry: according to Deputy Prime Minister Dmitry Rogozin, Moscow will refuse to work with Western partners on the International Space Station project after it ends in 2020. The official also said that Russia is already looking for new partners who are ready for fruitful cooperation in the field of manned space exploration.

Dmitry Rogozin told Russia about his plans when commenting on rumors about a possible early withdrawal of Moscow from the ISS program. The Vice-Premier said that Russia will continue to adhere to its obligations, and will not leave the project until the 2020 year - it is then that the period for its implementation expires. It is doubtful that the country will agree to extend the program to 2024 year.

According to Rogozin, the Roskosmos project only suffers losses. Manned space flight, which consumes about 30% of the corporation's budget, makes almost no profit and barely pays off. Thus, Roscosmos is preparing to implement a more pragmatic policy towards its partners.

At the same time, the scientific value of the ISS program is questionable. According to Dmitry Rogozin, there is no return from the stay of three Russian cosmonauts in orbit. To make progress, you can not stop there and you need to move on. In this regard, the official does not exclude the participation of Russia in new programs aimed at space exploration. China is considered as one of the most profitable partners of Roscosmos. Negotiations between Moscow and Beijing, where, among other things, possible space programs will be discussed, will soon begin in Harbin at the EXPO exhibition.

In general, Rogozin clearly made it clear to Russia's current foreign partners that Roskosmos will not lose anything if they refuse to cooperate. Russian cosmonautics since the times of the Soviet Union is self-sufficient. Assistance to foreign companies in the space sphere does not expand, but, on the contrary, limits the capabilities of Roskosmos. To realize the hidden potential of the domestic space industry, it is necessary to get rid of the restrictions.

But this cannot be done with violations of procedures and standards. Russia will be misunderstood if it suddenly refuses to work with Western countries in the framework of the ISS project. One must keep one's word, no matter how meaningless the commitments seem. Therefore, Moscow will wait until 2020, as previously agreed with Roscosmos' foreign partners.

Most likely, in the course of the few years that will be required to exit the program in compliance with the rules, Russia will look for new partners and develop other space programs that are based on their national interests.

China is interested in cooperation with Russia. His plans are ambitious, but he does not have the necessary technology and is in dire need of outside support. The PRC can receive such assistance only from Russia. Therefore, Roscosmos has good chances to establish business relations with Chinese companies. It is to be expected that this cooperation will bring fast results, since Russian engineers will be faced with the tasks of a qualitatively new level aimed at satisfying scientific and practical interest. After all, the joint activities of Russia and Western countries in the framework of the ISS program did not lead to tangible results because it was only a political gesture, and from the very beginning it was not designed to advance science.

GLONASS vs. GPS: only one should remain

In addition to Russia's participation in the ISS program, the use of the American GPS navigation system on the Russian territory remains an urgent problem in relations between Moscow and Washington. Russia insists that GLONASS and GPS have equal opportunities, and offers to place its ground navigation stations in the United States. This request is logical: 11 GPS navigation stations operate in Russia, while the GLONASS system in America is practically not represented. If Washington wants to cooperate on equal terms with Moscow, let it balance the capabilities of both systems, otherwise it will be done without its participation.

According to Dmitry Rogozin, Russia is ready for an unfavorable development of events, and is preparing to take steps in advance that will make it possible to achieve parity in the field of space navigation. Washington issued an ultimatum: either GLONASS begins operating in the United States, or 11 ground GPS stations located in Russia will be closed. The operation of these objects from June 1 will be frozen on the month 3. After this period 31 of August, the United States must respond to an ultimatum: if Washington agrees with the conditions of Russia, the stations will continue to exist, if not, they will have to be dismantled.

Such tough actions are consistent with the logic of recent events. Still, GPS is a dual-use system: on the one hand, it has a good reputation for civil tasks, but on the other hand, it can also be used as a tool for military operations. Therefore, it is critically important to get rid of ground GPS stations so that a potential enemy cannot use them for their own purposes.

The GLONASS system has the same functions as GPS, but it is not controlled by foreign services. It was created by order of the Ministry of Defense. At present, 29 devices provide the system operation, which, unlike the American ones, are more stable because they do not have resonance with the rotation of the planet in orbital motion.

Even last year, Russia proposed to build GLONASS monitoring centers in the United States. But the Pentagon and the CIA demanded that the State Department not in any way prevent such actions on the part of Russia, and the agreement fell through. Interestingly, this happened even before Ukraine was destabilized, and relations between Washington and Moscow deteriorated sharply. This means that unofficial pressure on Russia from the West began long before the first sanctions were imposed.

The US military considered that Russia, with the help of monitoring centers, would spy on secret objects, and at the same time significantly increase the accuracy of intercontinental missiles. Perhaps it is. But then why did the USA themselves set up the same centers on Russian territory? If last year there was mutual trust between our countries, why did the United States restrict Russia in every way and refuse to act on equal terms with it?

The Kremlin made the right decision and is ready for a symmetrical response to US actions. The closure of GPS navigation stations should sober up the US military. And Russia's refusal to participate in the ISS project after 2020, will be sobered up by foreign space agencies.

However, the very idea of ​​the International Space Station has outlived itself over many years. This is recognized even by Western scientists and observers, who believe that the ISS is technologically outdated and not adapted for the latest research. Moreover, human life in orbit no longer seems as attractive as a few years ago.

New horizons are opening up to astronautics: even now the governments of many countries, including Russia, are seriously claiming the possibility of sending manned expeditions to the Moon and Mars. Projects of mining in space resources are considered. It is possible that these plans become a reality, Russia needs to cooperate not with those who are promoting the notorious ISS, but with those who are not shy about building ambitious plans for the future and are ready to share their victory with the allies.

Ctrl Enter
Noticed oshЫbku Highlight text and press. Ctrl + Enter
We are
A space corporation is being created in RussiaDmitry Rogozin on the development prospects of the country's defense industry
Military Reviewin Yandex News
Military Reviewin Google News
64 comments
Information
Dear reader, to leave comments on the publication, you must sign in.