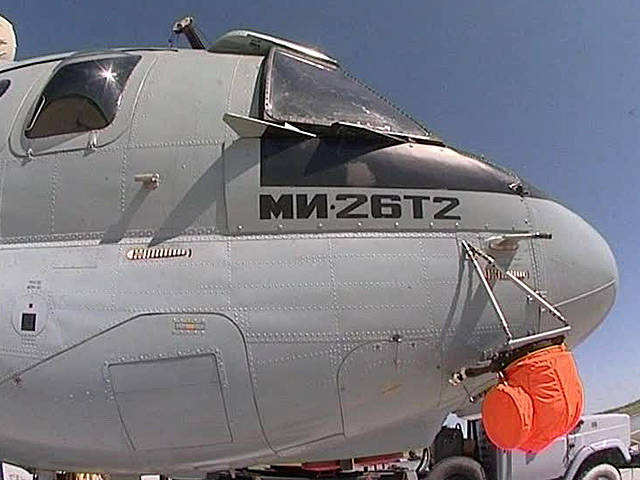 They say about him at the helicopter plant: "piece exhibit". After all, this is not only the Rostov field, but the world has not yet seen. Outwardly, he is almost like his older brother, Mi-26T. But it is only in appearance.

“Upon entering the escort cockpit, you can see that it is painted black from the inside. This was done specifically to prevent the glare from interfering with the use of night-vision goggles for the crew,” said Yuri Skorochnikov.

All the fun inside. Unlike its predecessor, this helicopter has a glass cabin in which five multifunctional displays are installed, as well as an onboard television device for visual control of the cargo. Thanks to these innovations, it has become much easier, for example, to determine the weather conditions and explore the terrain. The new helicopter is a joint project: it was developed at the Mil factory in Moscow, and made in Rostov. Both plants are part of the holding "Helicopters of Russia". They collected Mi-26Т2 about a year. 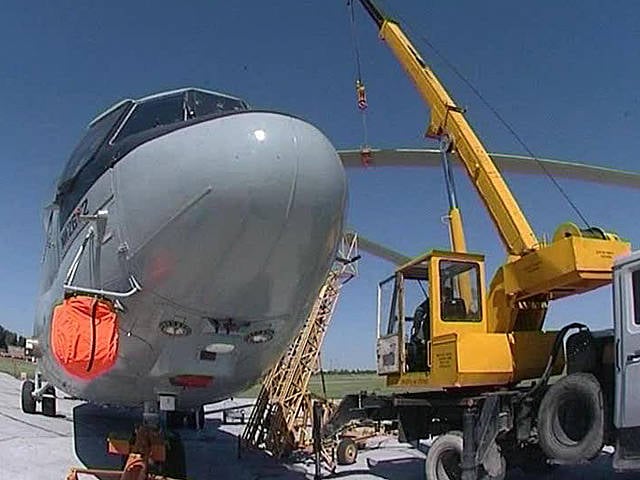 "When creating this modification of the helicopter, a number of innovations were applied, including the new autopilot and new communication systems. In addition, we first applied the ground control system and the early warning system of aircraft collisions in the air," the engineer said.

The non-technical feature of the new Mi-26Т2 is related to efficiency and lies in the fact that the helicopter crew now has only two people. Also in it the dry closet is established.

The helicopter can fly up to two thousand kilometers with additional fuel tanks and be used when transporting cargo both inside the cargo compartment and on the external suspension. He is ready to transport paratroopers and to extinguish forest fires. The developers are confident that the Mi-26Т2 meets all international standards. 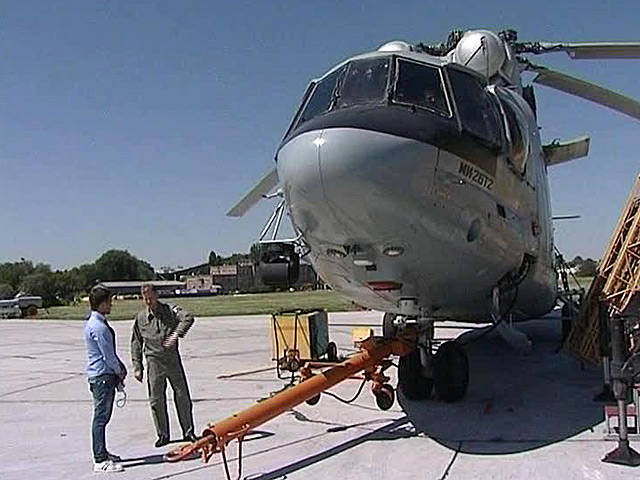 The previous T-series helicopters are famous for their exploits: they helped develop Siberia, plant relict trees in Karelia, and even transport a mammoth on Taimyr. What is remembered by this helicopter is still unknown. In mass production it is not, for this we need orders.

The first tests of the upgraded helicopter machine was successful. The experimental model of the Mi-26Т2 is now being studied by the Indian Ministry of Defense, where it is planned to adopt it. If a positive decision is made on this issue, the helicopter may have its production put on the conveyor in Russia. 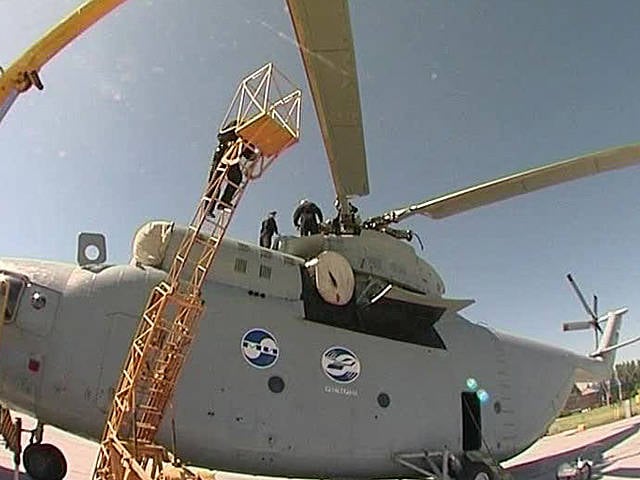