29 May 2014
87
Despite all the bans on entry by Russian men aged from 16 to 60 years to Ukraine “without an invitation” announced by Kiev, despite Moscow’s statements that, due to the circumstances, Russian observers will not be sent to independent Russia from the Russian Federation, nevertheless, she was able to get to the place of the election of the Ukrainian “president” (or “Poroshenko’s election”). How the Russians, and even “potentially dangerous for Ukraine” males, could become observers is a big-big mystery. But this mystery is very easy to solve if you look at the names of the observers.


The names are simple and painfully familiar to millions of Russians - Gudkov and Ponomarev. The same ones? Yes, the very same ones: Dmitry Gudkov (“independent” deputy of the State Duma of the Russian Federation) and Ilya Ponomarev (also a deputy, of the same State Duma of the Russian Federation). It turns out that the observers are not even privates, but quite to themselves with state status, even with a certain hint of representing the interests of the country sending them. 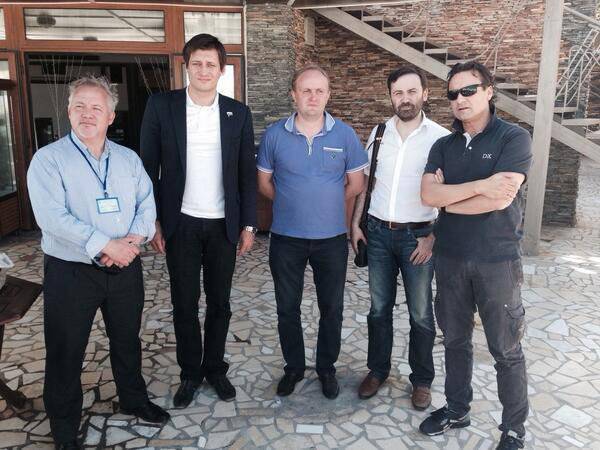 But that's the point, that officially Russia did not send a deputy couple as an observer to Ukraine, and did not send anyone in this status at all (to observe the “election”). Then, whose specific interests were represented by these domestic legislators in Ukraine? Well, it was hardly a simple personal curiosity or a representation of such a “megaproject” as the Independent Media Support Fund, of which Gudkov and Ponomarev are co-founders. Everything is much more prosaic. People who, like the second coming of Christ to the sinful earth, are waiting for the arrival of the new American ambassador to Moscow, peering into the windows of the orphaned American diplomatic mission, should always and in everything show their loyalty to overseas “comrades” - to those whom they trust in, hoping for getting more in higher spheres than just the hall of the Duma meetings. Why are they easily missed at the Ukrainian customs control? Everything is also simple - Kiev receives "signals" from overseas friends and leads direct consultations with these authorities. No wonder that the other day Mr. Yatsenyuk announced that the new Cabinet of Ministers of Ukraine would be such that each of the ministries would come in according to a European specialist so that he would help the new government in resolving issues of deep European integration Square.

The “guys” (Dima with Ilyusha) stayed close to Ms. Tymoshenko, apparently trying to get into the frames of the European media more often with the pool of the “exceptionally pro-European candidate” to prove to the West their “involvement in democratization” again and again, and make it clear that in Russia they themselves are not yet all lost, and therefore Nuland can bake the next batch of cookies. They will help distribute ...

Who and what to prove? Well, Washington, of course, saw Ponomarev and Gudkov in Ukraine, must have even applauded, although he recalled that one chance for "democratization" of Russia to "friends deputies" together with the udaltsovymi-bulk was already given, and they did not use it. Will Uncle Sam give a new chance? This is already a serious question. Ilya Vladimirovich and Dmitry Gennadievich are too “illuminated” for the West to make serious bets on them in Russia. Although, on the other hand, the West itself is now in such a position that there is fish for bezrybe and cancer, and therefore the “guys”, still in the status of representatives of the Russian legislative power, are not let out of the cage, tying the sweet carrot in front of their nose and giving the opportunity to demonstrate walking in the "democratic direction".

In addition, the West does not take away the “sweet carrot” from the duo, and for the reason that who else, if not acting “loyal” deputies of the State Duma, can help in creating sanctions anti-Russian lists. After all, Gudkov and Ponomarev, by definition, are well acquainted with the names of those who are both in the state power itself and in its immediate circle. And such knowledge today is simply indispensable for "partners." Well, not Pskaki, in fact, will google information about who to impose sanctions in Russia ... That nuguglit ... But with the same Dima Gudkov, who also has a father with a tooth ground on the current Russian power, Washington may give out blacklists to the top.

To enhance the effect of his presence during the elections in Ukraine, one of the duet, namely Mr. Ponomarev, made some far-reaching conclusions. The first conclusion: according to him, “Right Sector” is a myth that can only frighten an ordinary Russian. At the same time, a man with a deputy badge on his jacket showed a PS business card - they say, it’s just such an organization that is no worse than a society of young naturalists. 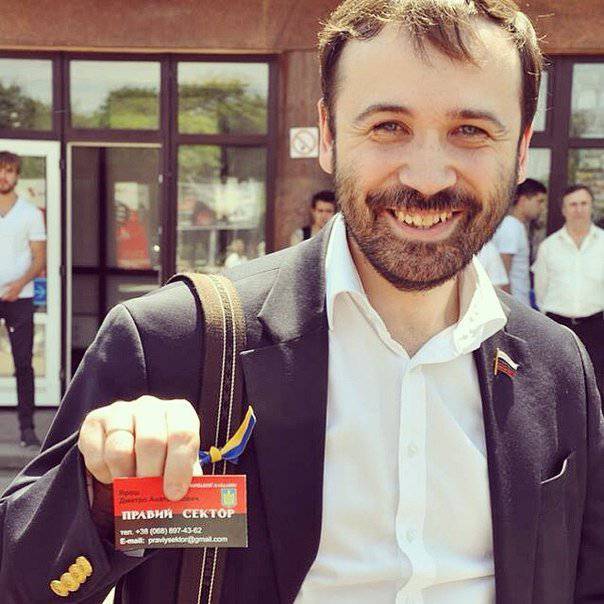 The second conclusion: Ukraine has already refused to buy Russian gas for 5 for years, switching to using its own shale deposits and buying gas in Europe (I wonder whose gas Europe will buy Kiev? Neshto is Australian, as the Polish storytellers announced at the government).

In general, the “guys” had a good time - they promoted themselves in “democratic” circles, yelped once, yelled twice - and back to the hut, that is, to the State Duma of the Russian Federation. And there is already a vacation at the duet on the nose, so as not to legally peretawork for the good of the Fatherland. What? .. 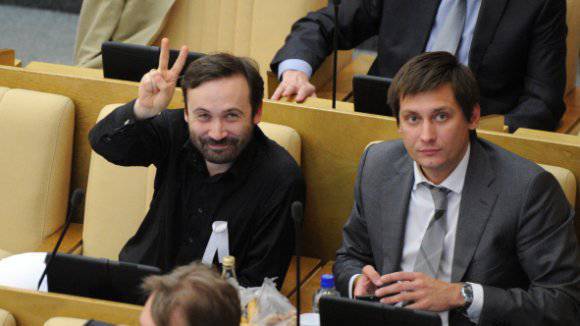 Ctrl Enter
Noticed oshЫbku Highlight text and press. Ctrl + Enter
We are
Situational analysis of the death of the MH17 flight (Malaysian Boeing 777), made on the basis of engineering analysis from 15.08.2014Russian Arms Expo-2013: exhibits and statements
Military Reviewin Yandex News
Military Reviewin Google News
87 comments
Information
Dear reader, to leave comments on the publication, you must sign in.