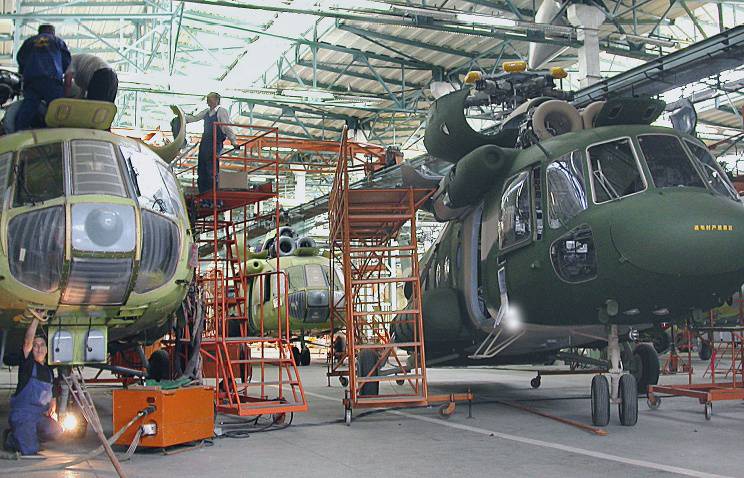 The US military is satisfied with the reliability of the Russian Mi-17В-5 helicopters delivered to Afghanistan under a contract with the Pentagon. This was reported to ITAR-TASS by a military-diplomatic source.


“All Russian helicopters showed themselves from the best side in the conditions of Afghanistan. Night-vision equipment during flights works without failures,” a source said.

According to the Director General of the Russian Helicopters holding company, Alexander Mikheev, in accordance with the requirements of the American side, additional Western equipment, supplied by the US government, was installed on Russian helicopters supplied to Afghanistan.

“The previous experience of the American side before the direct contract with Rosoboronexport was related to the process of upgrading the new helicopters based in the United Arab Emirates (Sharjah).

"However, the work carried out under the conditions of the Russian serial manufacturer proved its effectiveness in terms of production time and the highest quality of work performed under the control of the helicopter developer and representatives of the Russian Defense Ministry," Mikheev said. “Thanks to this, for the first time in their practice, the American side received ready-made Mi-17В-5 helicopters that do not require any modifications and meet the requirements and conditions of the region in which they are operated,” the holding’s head stressed.

In connection with the entry of Crimea into Russia and the situation in Ukraine, the Russian Federation has become the object of sanctions from Western countries.

In particular, in early April, NASA announced that it was suspending cooperation with Roscosmos, with the exception of the International Space Station program. Then the US Department of State denied this information.

13 May Deputy Prime Minister Dmitry Rogozin and the head of Roscosmos reported that Moscow 1 June may suspend the operation of GPS signal receiving stations in Russia, "since in recent months there has not been progress in a similar deployment of the GLONASS system in the United States." During the briefing, Rogozin and Ostapenko reported that the decision on Russia's participation in the ISS project after 2020 has not yet been made, although the United States recently announced its readiness to operate the orbital complex before 2024.

In addition, the Deputy Prime Minister and the head of Roscosmos warned that Russia could stop supplying the NK-33 and RD-180 rocket engines to the United States if they continue to be used on American carriers to launch military satellites.

The United States, in turn, recognized the disadvantage of not using Russian engines. According to a report by the US Department of Defense, the cessation of deliveries of RD-180 for US carriers will cause damage to the United States of up to $ 5 billion.

As noted in the report of American experts, if Russia refuses to export them in the future, the launches of Atlas missiles will be suspended.

The Russian Federation has headed for import substitution

In addition, in May, Rogozin said that currently in the Russian Federation are looking for options for operational action on import substitution in the defense sector. Russian President Vladimir Putin held a meeting with the leadership of defense enterprises on this issue.

According to the president, for the implementation of the program "it will be necessary to adjust the work of our scientific schools accordingly, to take a careful look at how we work on R & D, on R & D, we will need to work more closely with the Academy of Sciences."