Protection Vasilyeva declares that she acted on the instructions of Serdyukov 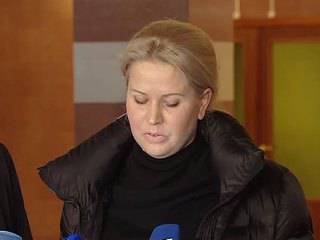 Accused of embezzling military property, Yevgeny Vasilyev acted on the basis of a directive of the Russian Ministry of Defense, signed by then-Defense Minister Anatoly Serdyukov. At least, so said the lawyers of the main person involved in the Oboronservis case.


“During the preliminary investigation, no one was identified who allegedly deceived or whose trust had abused Vasilyev. The impossibility of establishing them is explained by the fact that all military property objects that Vasilyev was accused of stealing were implemented on the basis of the relevant decisions of corporate bodies of legal entities based on directives Minister of Defense of the Russian Federation ", - quotes the statement of lawyer Vasilyeva Hassan Borokov ITAR-TASS.

"The Minister of Defense decided to sign the directive on the basis of the conclusion of an independent appraiser on the determination of the market value of the property being sold. So far, none of the appraisers' conclusions have been challenged in court, none of them have been brought to any responsibility for the preparation of an unreliable report, that is, they are all valid and reliable, "said lawyer Yevgenia Vasilyeva.

Directives of the Minister of Defense Serdyukov set the value of the property sold, and also determined the buyer, explained the lawyer. In accordance with the terms of the contract, the buyers fulfilled all the obligations under the deals and fully paid for the acquired military property, said Hasan Borokov at a press conference in Moscow.

Evgenia Vasilyeva is accused of 12 episodes of criminal activity related to the sale of Oboronservice real estate. The damage from its criminal actions is estimated by investigators at 3 billion rubles.

Vasilieva was charged with fraud, money laundering or other property acquired by a person as a result of his committing a crime; abuse and abuse of authority.

Ex-official "Oboronservisa" is under house arrest from November 23 2012 of the year. House arrest extended to July 23 2014.
During the search of Vasilyeva’s house, they found and seized a collection of paintings, 3,5 million rubles in cash, over a thousand expensive jewelry and wristwatches from world famous brands with a total value of over 127 million rubles. In addition, Vasilyeva arrested six real estate properties in Moscow and St. Petersburg, a bank account worth 25 million rubles, accounts of commercial organizations under her control, worth more than 300 million rubles.

In December 2013, Serdyukov was formally charged with negligence. According to the investigation, he verbally instructed his subordinates to build a highway from the budget of the Ministry of Defense from the village of Krasa in the Astrakhan Region to the Shkolniy Island, on which the Zhitnoye recreation center is located. The recreation center was recorded on Valery Puzikov Serdyukov’s sister’s husband.

In addition, by order of the former minister, work was also carried out on the arrangement of the Zhitniy territory. The investigation believes that as a result of the actions of Serdyukov, the state suffered damage worth more than 56 million rubles. Blame the former Minister of Defense did not recognize. Serdyukov was threatened with non-custodial punishment.

The former defense minister, accused of negligence in building a highway to his son-in-law's recreation center, came under an amnesty in honor of the 20 anniversary of the Constitution, since one of its points presupposes exemption from punishment of military personnel, police officers, institutions and bodies of the penitentiary system and other persons who took part in hostilities or in actions to defend the Fatherland, who had not previously served their sentence in places of detention.

Although the investigation initially had doubts whether this article could be applied to Serdyukov, the Order of Merit for the Fatherland, 4th degree, received by the Minister of Defense 2008 in the fall from then-President Dmitry Medvedev, became a key argument in his favor. The fact of the amnesty Serdyukov was not disclosed.

Ctrl Enter
Noticed oshЫbku Highlight text and press. Ctrl + Enter
We are
New sharp turns in the Oboronservis case: an agenda for Anatoly SerdyukovSit, but at home. Evgenia Vasilyeva arrested in the case of Oboronservis
Military Reviewin Yandex News
Military Reviewin Google News
44 comments
Information
Dear reader, to leave comments on the publication, you must sign in.