Iraq against complete withdrawal of US troops 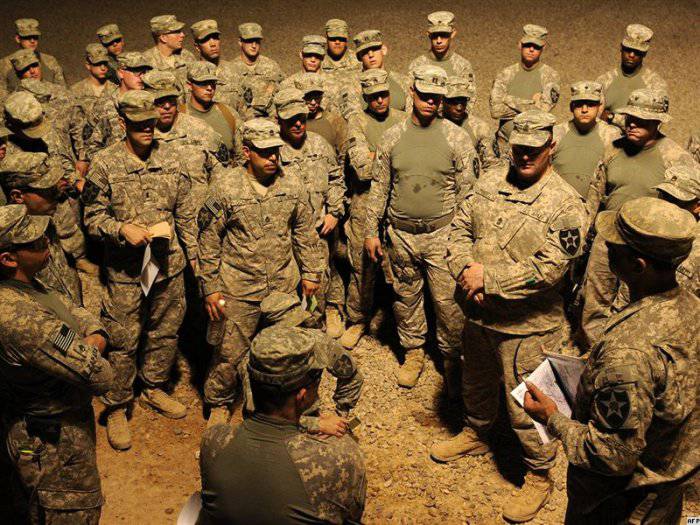 By the end of the year, all American troops must leave Iraq. However, the Iraqi government, which constantly assured that it has enough strength to guarantee its own security, made a turn of 180 degrees. Now Iraqi Prime Minister Nouri al-Maliki argues that a certain number of US military must remain.

Iraqi Prime Minister Nouri al-Maliki said at a press conference in Baghdad that he would seek the consent of the country's parliamentary and political circles to determine whether they would support his new proposal: that the Americans stay in Iraq after December of this year is an agreed period withdrawal of troops. As the head of the government stated: “We will not have full support in this matter, but if we get 70 or 80 percent, then wouldn't it be the will of the people? Is this not the democracy for which we fought. ”

According to observers, it was a somewhat risky move by the prime minister. The country is torn apart by religious hatred between supporters of two Islamic movements, between Sunnis and Shiites. Many of the Sunnis whose sect was in power during the rule of Saddam Hussein, consider the Americans occupiers. So, al-Maliki advisors changed the version.

Not military, but - experts

When the US military is no longer called warriors, but advisers and technical experts. Tar Filey, an influential assistant to the Prime Minister, gave an interview to a reporter for the CBS television network, said: “If we want to build Iraq, we need specialists, technical experts. See - in Germany now is full of American experts. In Turkey, too, a lot of experts and they are not occupiers. Japan also welcomes American engineers, experts, even the troops are there, and there is nothing wrong with that. ”

However, the problem is that in order to create a powerful coalition to become prime minister, al-Maliki promised his political opponents to achieve the withdrawal of American troops before the end of the year. But now these opponents demand respect for the promise.

Now the American contingent in Iraq has about 50 thousands of troops. A new agreement between Washington and Baghdad provides, as reported, of which approximately 20 thousands of troops must remain in Iraq for an indefinite period.
Ctrl Enter
Noticed oshЫbku Highlight text and press. Ctrl + Enter
We are
US Mission in Iraq ends with the creation of a CaliphateIraq is a trump card in Russia's Middle East policy
3 comments
Information
Dear reader, to leave comments on the publication, you must to register.