27 May 2014
87
According to the information agency "Vesti", The National Guard of Ukraine shelters the city of Slavyansk from howitzers. The villages of Vostochny and Artem came under fire. In Artyom, one of the shells exploded near the student hostel of the pedagogical institute, and in the East houses of civilians were damaged. 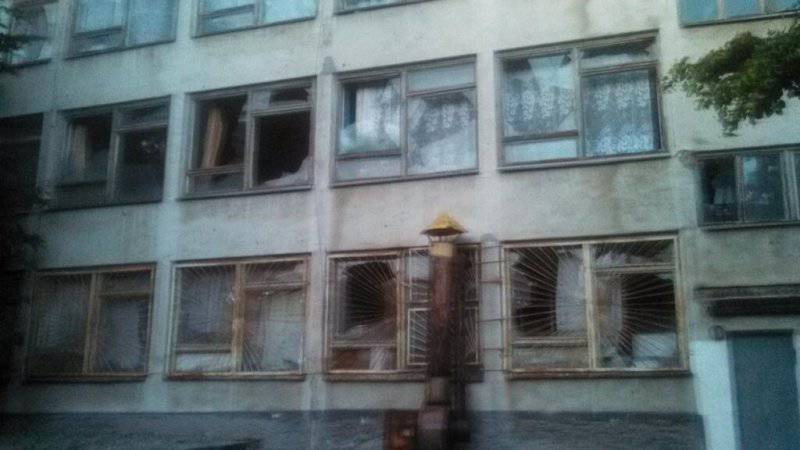 There is information about the three victims.

“Shells fell about three or four hundred meters, we did not have enough. We looked, the person was already dead, a mine fell right near the apartment building of the nine-story building, glasses were broken ... The person had a broken head, legs were broken, hands. We drove on to the pedagogical institute, found a dead woman, there too the mine fell, ”said an eyewitness to the events named Roman.

As the agency notes, at the approaches to the city can be heard machine-gun and machine-gun fire. The militias are attacking the positions of the Ukrainian military on Mount Karachun, from where massive shelling is conducted.

“We have a rather lively battle under Semenovka. With Karachun hammering howitzers, our "Nona" firing counterbattery fire. From Seleznevka on our fire mortars, we have two wounded. The infantry (the National Guard under the newly arrived “fresh” and therefore self-confident) is trying to advance to the factories. Our BMD is hitting them - the enemy has losses and something is burning in the forest plant - they detonate the cartridges, ”said Igor Strelkov.