27 May 2014
53
ECBC (Edgewood Biochemical Research Center of the United States Army) presented its new development - an energy mask, which is a combination of a respiratory mask and a helmet. This mask is able to protect the fighter from biological, chemical and radiation threats on the battlefield. At the same time, the appearance of the energy mask very much resembles the helmet of Darth Vader from the movie “Star Wars” or Master Chief from the popular computer game “Halo”. The mask uses built-in fans that are used to cool the face of a serviceman, as well as to maintain the integrity of the structure. It is reported that the novelty has already successfully passed the first tests, the military recognized it as quite effective and comfortable.


It is reported that the novelty is based on the commercial version of the filtering mask (gas mask) Avon M50, which is widely used in the American army. This gas mask is connected to a backpack or belt battery hidden in it, and the fans installed in the side parts of the mask blow air into its nose, so that the air flow during the exhalation of the fighter is constant. At that moment, when the soldier exhales, the valve closes and the air goes into the area around the eyes, creating an overpressure in the front. This prevents the contaminated atmosphere from getting inside the mask if the leak tightness of the energy mask has been broken.

It is reported that a division of the Edgewood Center for Biochemical Research, specializing in respiratory protection, has created and tested a novelty throughout the 2013 year. According to reports by the US military, this mask turned out to be more comfortable, with at least the same level of efficiency as the models used by the military at a given time. Currently, engineers are working to further improve their offspring. In particular, they plan to install sensors that will help determine when exactly it will be necessary to turn on the fans on the mask and where it will be necessary to direct the air flow. 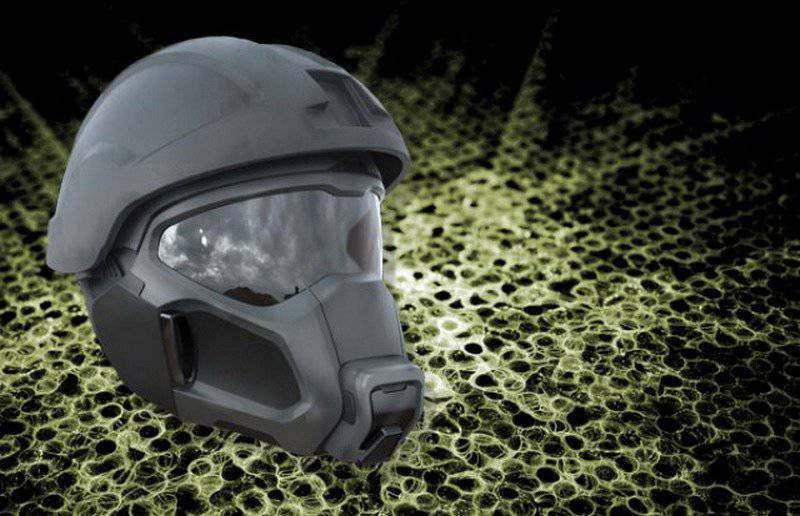 The new development, which reminded journalists of Darth Vader's helmet, is based on the very successful M50 general-purpose gas mask, created in the USA and passed the specification in the 2007 year. M50 has become smaller, lighter and more efficient than its predecessor. He is able to provide protection for a fighter for 24 hours, which is immediately in 2 times the previous model. Currently, this gas mask is produced only for the needs of the US Armed Forces, it is not exported. Marines based in the Hawaiian Islands and the Japanese island of Okinawa received the first development in 2010.

The front part, providing a high level of comfort and protection, was designed on the basis of protective materials and technologies of AVON Rubber. New photocell filters used in gas masks - filtering and absorbing elements - provide a very high level of protection against poisonous substances of common, skin-blistering, suffocating and neuroparalytic effects, as well as from some biological damaging agents, toxic chemicals, toxic and radioactive dust. In this case, the M50 was implemented integration with optical sights, communication systems, as well as other elements that are included in the combat kit soldier.

The spectacle unit of the gas mask М50 is made in the form of a single monoblock, which reduces the load on the eyes of the serviceman, and also maximally expands his field of view. The design of the gas mask makes it very convenient to combine it with helmet-mounted communications and an army helmet. A microphone can be installed inside the front, which allows for improved communication with a special insulated adapter that is connected from the outside. 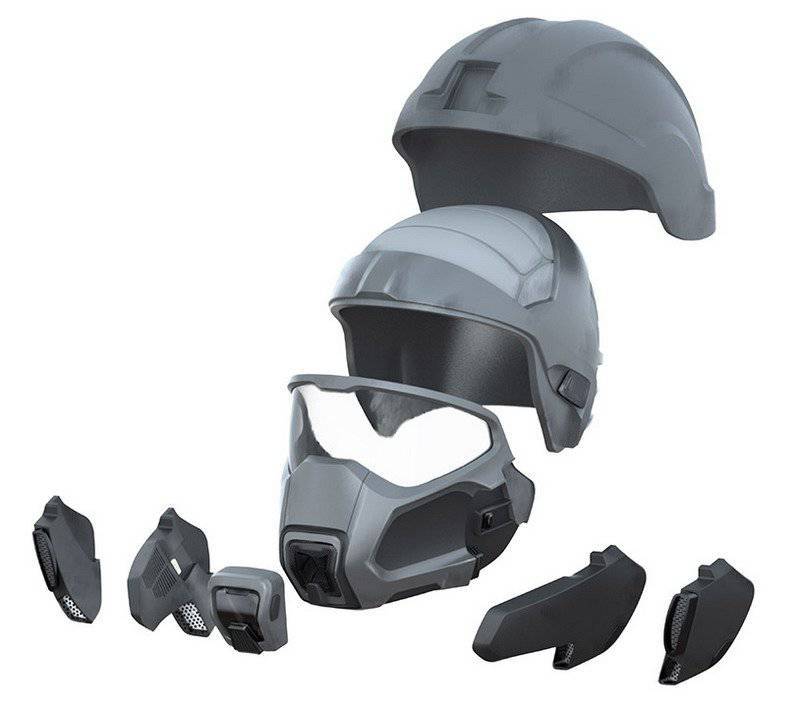 Double low-profile FPE allowed to significantly reduce the resistance to breathing and improve the mass distribution of the gas mask, and the design of the sub-mask reduced the size of the “dead” space, and it also prevents the spectacle unit from misting over. In addition, the spectacle unit has increased mechanical strength and an improved system of protection from the sun's rays. The gas mask is equipped with a special device for safe fluid intake (the device has been improved). It ensures its compatibility not only with standard flasks, but also with camel-hump drinking systems. A number of design solutions implemented in the M50 gas mask significantly increased its safety during operation. CPE can be replaced by a soldier without violating the tightness of the shutter, which is achieved by a self-sealing connection.