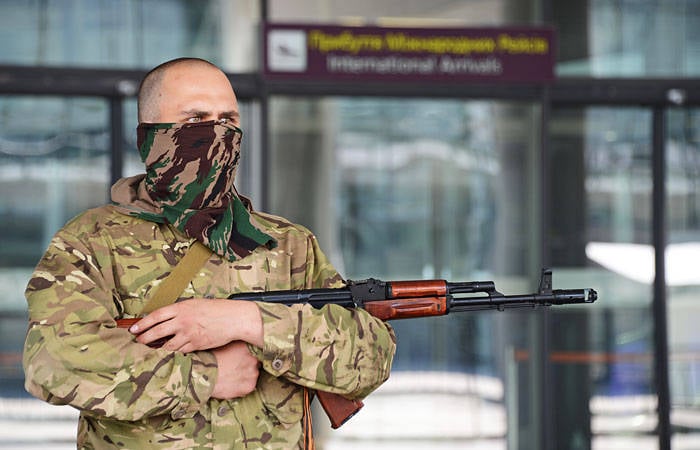 In connection with the incoming information about the armed clashes on the outskirts of Donetsk and the available victims, they urgently appealed to the OSCE leadership and the special monitoring mission of this Organization deployed in Ukraine with a request to provide detailed information on events occurring there and measures taken to de-escalate tensions in accordance with the mission’s mandate. and the roadmap of the Swiss OSCE Chairmanship. We expect from representatives of the OSCE objective and comprehensive data on this subject, and from the Kiev authorities - the termination of the military operation against its own population.

Concerned also by the fact that the actions of the Ukrainian security officials in Donetsk, the closure of the airport’s flights make it difficult for the Italian side to deal with humanitarian issues related to the removal of the bodies of Russian citizen A. Mironov and Italian journalist A. Rokelli, who died near Slavyansk as a result of the shelling by the military. We expect that the necessary conditions for this will be provided.
Ctrl Enter
Noticed oshЫbku Highlight text and press. Ctrl + Enter
We are
Reports from the militia of New Russia for 4-5 of October 2014 of the yearReports from the militia of New Russia for 13-14 September 2014 of the year
Military Reviewin Yandex News
Military Reviewin Google News
97 comments
Information
Dear reader, to leave comments on the publication, you must sign in.