"The dead of this cemetery cry out to the world." German military cemetery near Kursk

27 May 2014
66
Twenty minutes from Kursk, the city of Military Glory, near the village of Besedino, there is an impressive memorial complex to the memory of German soldiers who died during the Great Patriotic War on Soviet soil. About 40 thousands of names were carved on the plates of the memorial cemetery "Kursk-Besedino", which was officially opened 5 years ago - in 2009, with the active interaction of the Russian and German sides. 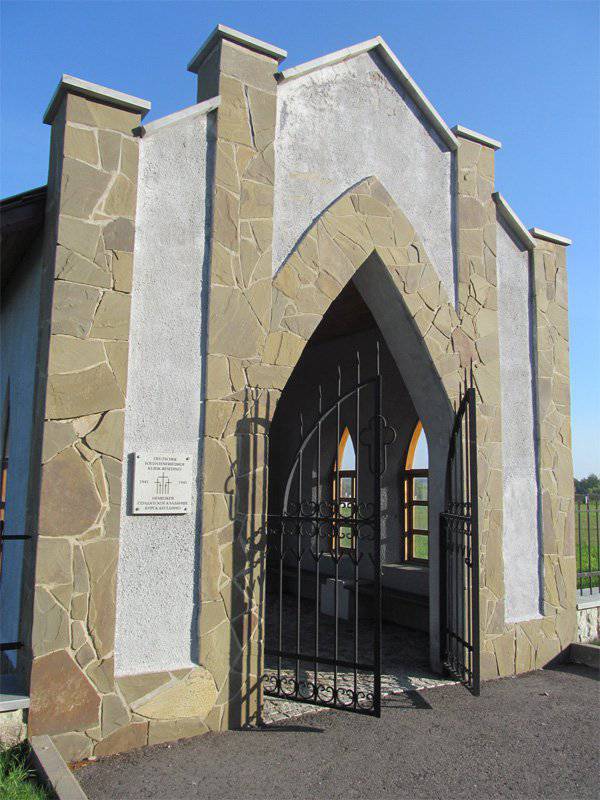 In front of the entrance to the military cemetery, which is always open, a stove is installed with the following lines:

This military cemetery of soldiers killed in World War II was built by the People’s Union of Germany to take care of war graves during the 2006-2009 period. on behalf of the Government of the Federal Republic of Germany. Maintenance and care of the cemetery, the People’s Union carries out donations and contributions. Young people from all over Europe, participating in international youth camps, help in the care and build bridges of interaction.

With the entry into force of the German-Russian Agreement on war graves in 1992, a legal basis was created so that a large precast cemetery of German soldiers who died in the battles of Kursk on Kursk was built on these 4,5 hectares near Kursk. The Russian government has donated land to the Federal Republic of Germany.

In 2005, the transfer of the remains of German soldiers to the Kursk-Besedino cemetery began. Before the cemetery was illuminated in 2009, the People’s Union over 24000 was reburied here, the remains of soldiers from hundreds of graves in Oryol, Kursk, Tula, Voronezh, Lipetsk and Belgorod regions. Upon completion, the rest and last refuge near the 40000 of the dead German soldiers will be found here.

The complex was consecrated on October 17 2009. The dead of this cemetery cry out for peace. 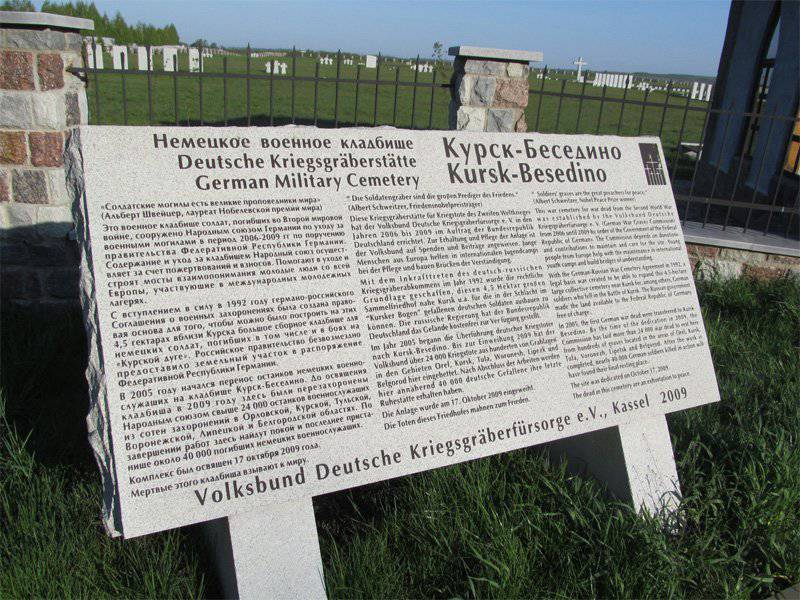 This is one of the largest graves of German soldiers in the Central Federal District, which received the status of a memorial complex. At one time, speaking at the opening of the German cemetery near Kursk, the then ambassador of Germany to Russia Walter Jürgen Schmid said that история teaches people not to repeat bloody mistakes and to find new contacts in order to develop full-fledged cooperation. The opening of the Kursk-Besedino memorial itself was called by the German delegation an important milestone in cooperation between Germany and the Russian Federation. 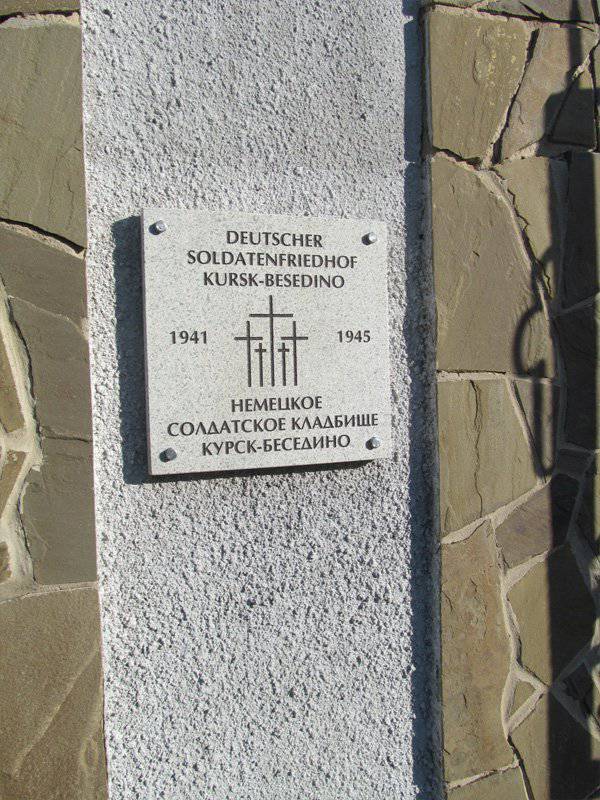 The People’s Union of Germany (NSG) for the care of the graves of military personnel abroad has been working on behalf of the German government exactly 60 years. The organization itself, the main motto of which “Conciliation over the graves is a work for peace” is one of the oldest public organizations of this type in Europe. Since 1919, the NSG has dealt with military graves and the protection of memorial complexes. Permanent employees of the NSS, along with volunteers, provide care, including the graves of Soviet soldiers who rest in Germany. 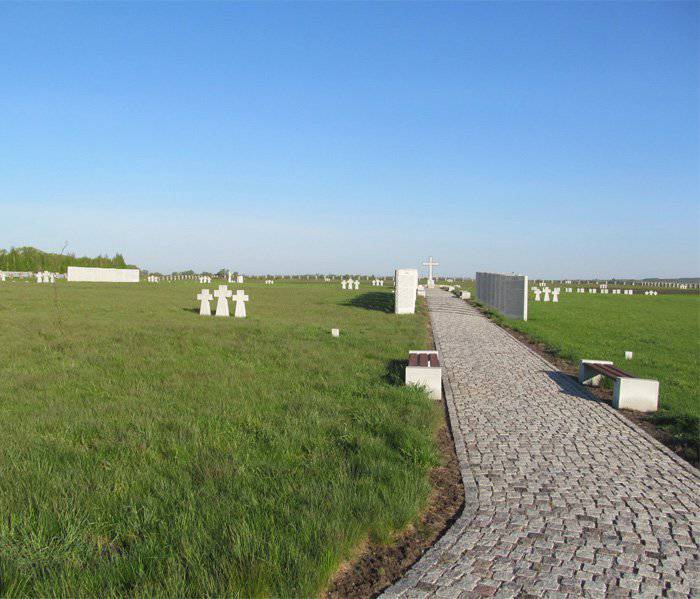 The head of the public organization declares that the soldiers of the Second World War and all the victims of that war have the right to rest, and should not be forgotten. 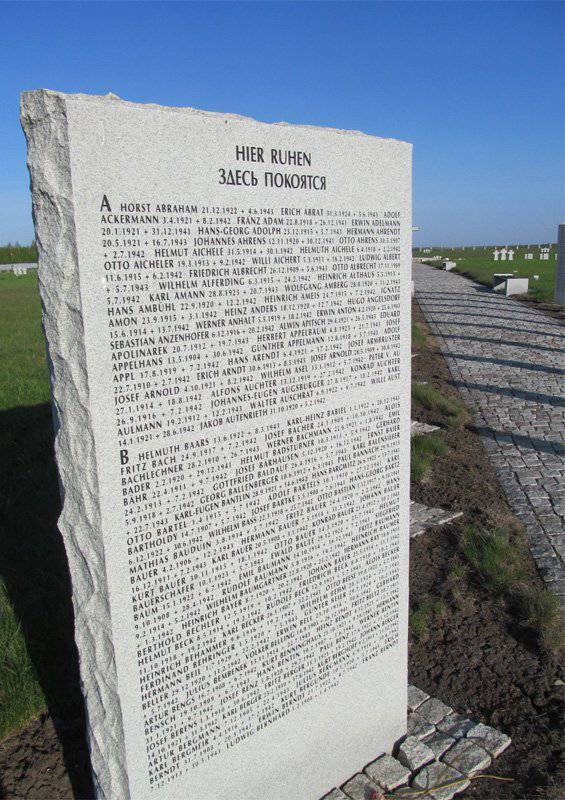 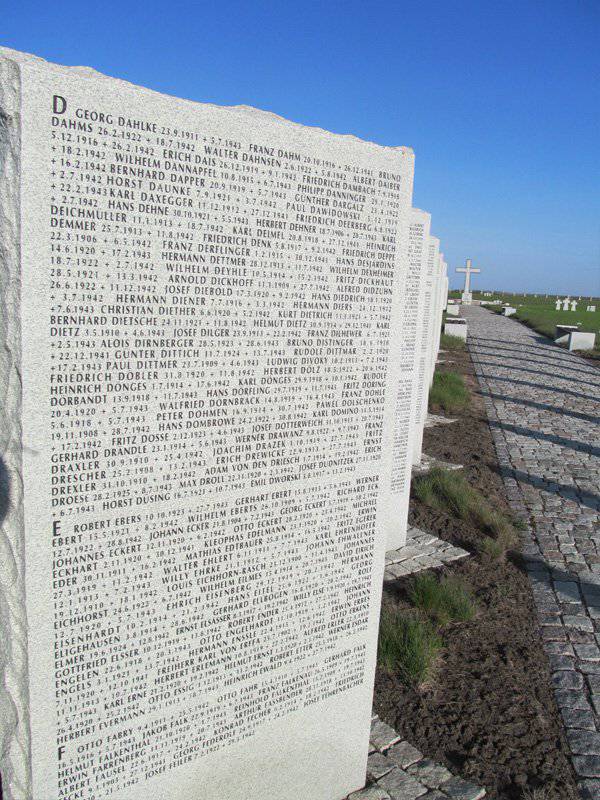 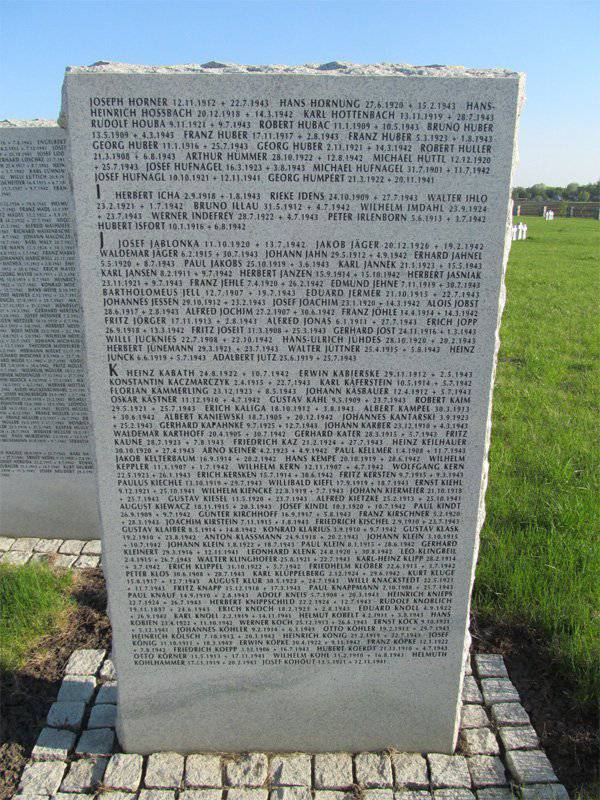 Says German citizen Eva Leer - granddaughter of the deceased 27 July 1943, in the battles on the Kursk Bulge of Private Robert Ebers:

According to the stories of the grandmother, the grandfather was sent to the Eastern Front in May 43. She was in position in those days. 26 July my mother was born, and a few days later the family learned that Robert (grandfather) was dead. He was not even twenty. For a long time, we did not have the opportunity to find the burial place of the deceased grandfather. And only thanks to the joint initiatives of Russian and German public organizations, the government structures did we learn about the burial place of Robert Ebers and visit his grave near Kursk. I was not able to attend the opening of the memorial, but for the second year in a row we, along with my son, come here as part of the People’s Union group to take part in the care of the memorial together with Russian volunteers. As you understand, I have never seen my grandfather, and therefore the opportunity to care for the mass grave in which he rests is especially significant for me. Sorry, mom and grandmother did not live to this point. 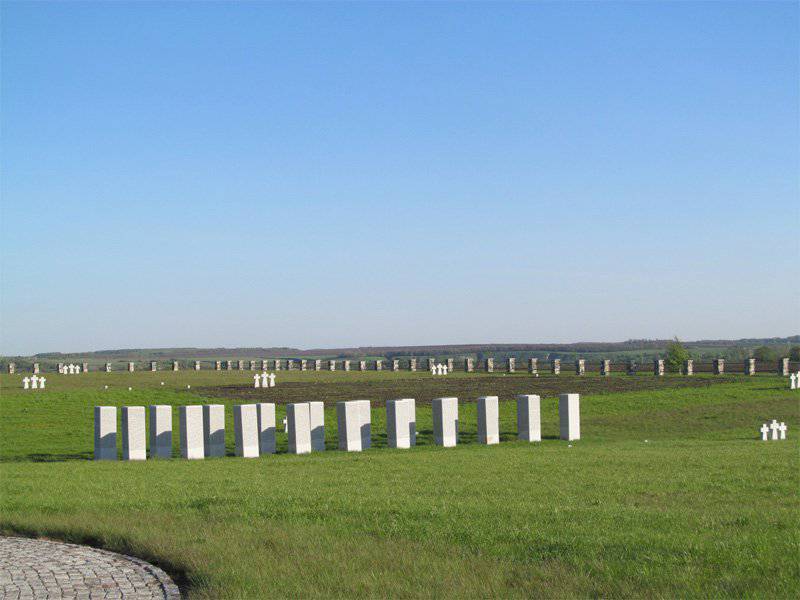 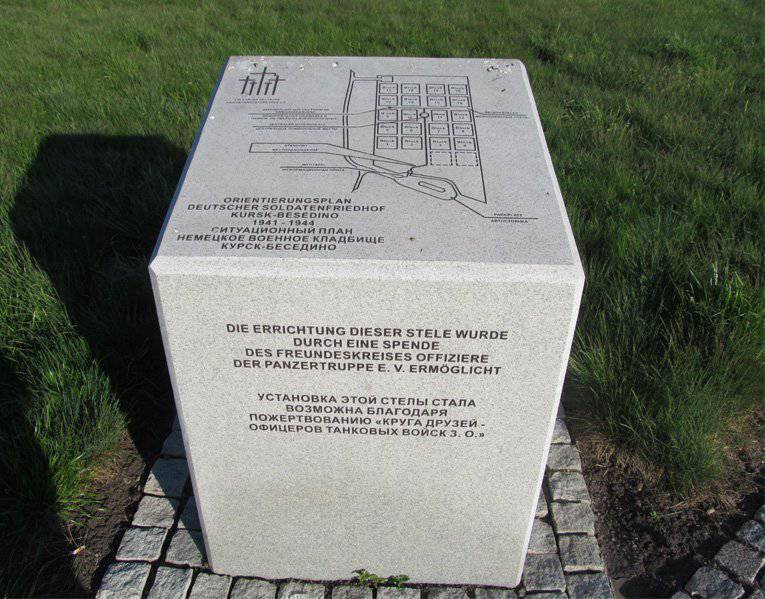 The German side reports that since the official opening of the memorial military cemetery near Kursk, more than a thousand relatives of the victims have already visited it. 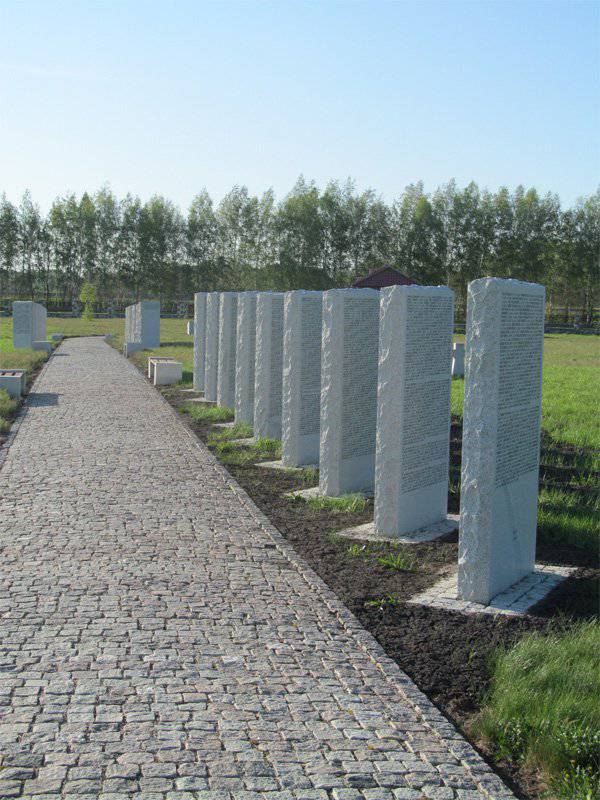 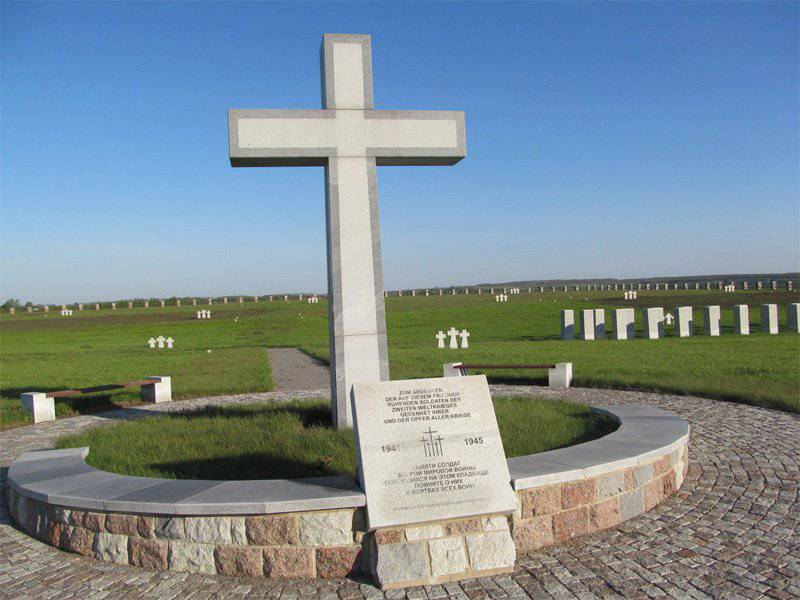 A number of countries that call themselves embarking on the path of democracy, but at the same time engaged in an active struggle with the memory of the past, should have paid attention to the positive and more than democratic experience of cooperation between Russia and Germany in relation to common history.