Igor Strelkov: the security forces have losses and, I hope, considerable ones 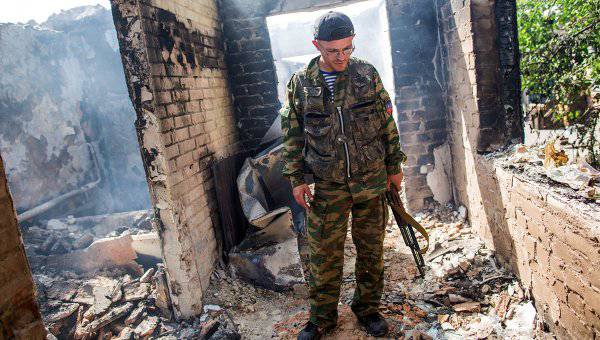 Information from Strelkov Igor Ivanovich for 24 May 2014.

“At night, our detachment attacked the checkpoint near the village of Seleznevka (about two kilometers east of Slavyansk - north of Semenovka. 1 BTR was destroyed (burned), another one was shot down. Our loss - a volunteer 1.

Today in 17.30 they struck (as promised - the artillery positions were placed outside the city limits) combined attacks on two enemy groupings in the village. Feed milling and at the checkpoint BZS. The main efforts focused on the latter - 90 min 82-mm and 25 shells "nona". There was a little hell - the gas station exploded almost immediately ... There were several detonations of ammunition (they had a lot of things standing there and one of the National Guard headquarters was located). It seems that ukrov has losses and, I hope, considerable ones. Moreover, we have never once fired their artillery at this point and they felt very at ease there.

The artillery of the invincible Ukrainian army on Karachun (and not only there) the advancement of the column and the shelling itself missed and until the very removal of our batteries from the positions could not make a single shot. However, judging by where they started firing late, they did not find out at all.

One day more 80 volunteers came to us, including around 10-from Russia. ”

“After the mortars and the“ nona ”smashed the checkpoint and the BZS stronghold (according to the Ukrainian terminology,“ 3 checkpoint ”), they tried to take the vehicles to the checkpoint at the turn to Krasny Liman (their“ 4 ”No.). But there they waited for a small sbyurpriz in the form of our ambush. As a result, 1 armor burned from the RPG shot, the second - from several bursts from the "Cliff". Then ukrov was treated with vogs and rifle-machine-gun fire, they added a BMD-1 from a cannon and returned to their original positions without any losses (the task of capturing the post as such was not set - due to the too great superiority of the enemy in armored vehicles and the instruction not to substitute massive shelling outside of their own fortifications). However, the battle did not end there: approximately another 10 – 15 minutes of ukry fought a fiercest battle with each other, using guns and large-caliber machine guns ... fires from this they have increased.

In the western direction - in the area of ​​the village. Mirny - our reconnaissance group also fired at enemy posts.

For that, ukry “distinguished themselves” in the evening — they killed a journalistic group at full strength ... two Italian journalists and a translator were killed in Andreevka, a French reporter was wounded in the leg. Militiamen managed to evacuate the Frenchman, but they couldn’t pull the Italian corpses out of shelling for several hours because of the shelling - ukry (or perhaps the Poles from the PMCs who guard Karachun on the perimeter) fired at any movement. ”

Losses in the enemy's armored vehicles, total: “2 BTR - at night and 2 - during the day. Total 4 for part-time and only by manual means (RPG and large-caliber machine gun). I don’t know how much and what was destroyed during shelling. ”

When asked whether Chechens are fighting in Slavyansk, Ior Ivanovich answered:

"We do not have. But in Anthracite there are a few. In any case, we are talking about units and they do not "do the weather."