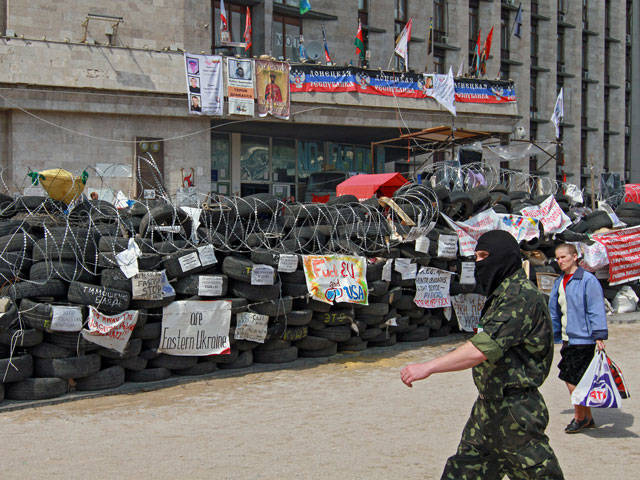 The people's governor of Donbass, Pavel Gubarev, said on Saturday that the Donetsk and Lugansk people's republics had united into a single state, Novorossia. On behalf of the DPR, the document was signed by the Prime Minister Alexander Boroday, on behalf of the LPR - the head of the republic, Aleksey Karyakin. Gubarev stressed that "we do not recognize the president and parliament of Ukraine, and the Donetsk and Lugansk republics are independent states."

“We will only recognize the government of the elected president from a position if they are ready to recognize the independence of the republics of Donbass. Secondly, they must immediately withdraw troops from our people's republics and stop any hostilities,” added the People’s Governor of Donbass, ITAR-TASS reports.

Ctrl Enter
Noticed oshЫbku Highlight text and press. Ctrl + Enter
We are
Reuters: Alexander Boroday did not rule out the possibility of Russia's intervention in the conflict in the DonbasReports from the militia of New Russia for 8 September 2014 of the year
Military Reviewin Yandex News
Military Reviewin Google News
57 comments
Information
Dear reader, to leave comments on the publication, you must sign in.