23 May 2014
153
An unusual sculpture set in protest against an article posted on the radio site. naming Russian journalists captured in Ukraine as "terrorists."


On Thursday, May 22, unknown activists installed a huge sculpture near the building on Novy Arbat consisting of a toilet bowl on a column and a pedestal. On the pedestal there was an inscription: "Echo of Moscow - fifth column media!"

Also next to the sculpture was a young man with a poster in his hands. On the poster were posted photos of journalists detained in Ukraine of the TV channel Life News Oleg Sidyakin and Marat Saychenko with the caption: "#SaveOursGuys".

The reason for the action was the publication on the website of the Echo of Moscow radio station of an article by Alexander Gorobets. The author of the article, using false evidence, calls journalists Lifenews, after the Security Service of Ukraine, terrorists and murderers.

“Echo of Moscow, having published such material, betrayed its colleagues, in effect justifying their torture. This is how the “fifth column” media works in Russia, ”its participant, who introduced himself Valery Ilyin, explained the essence of the action. 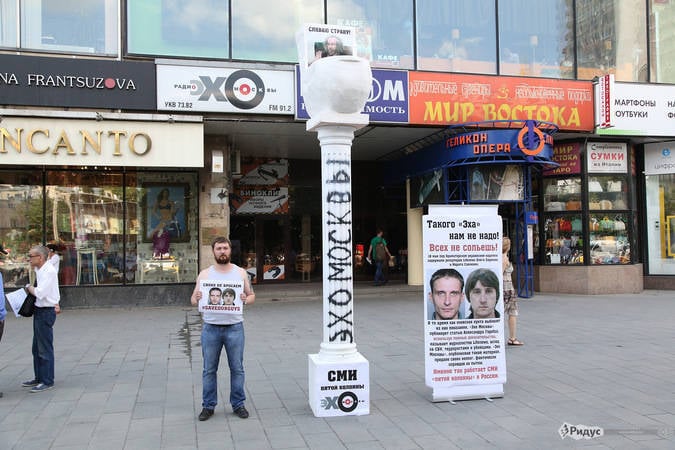 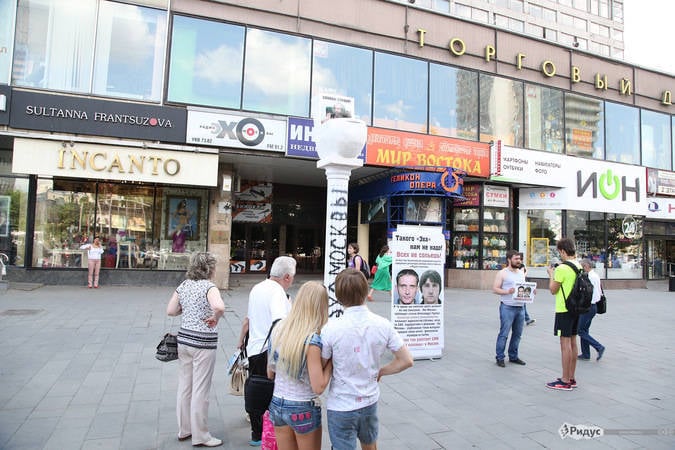 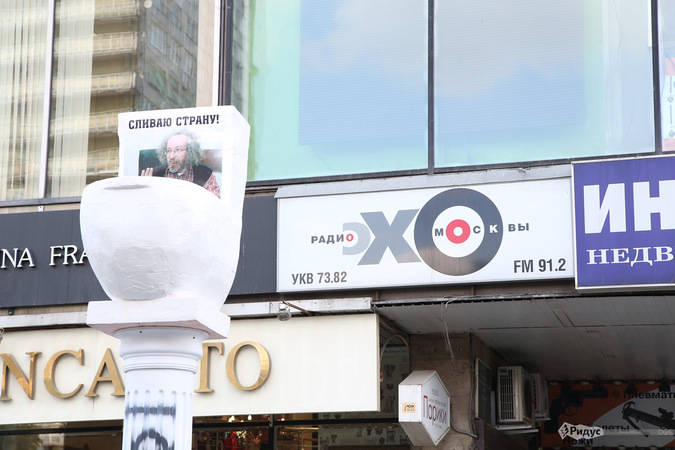 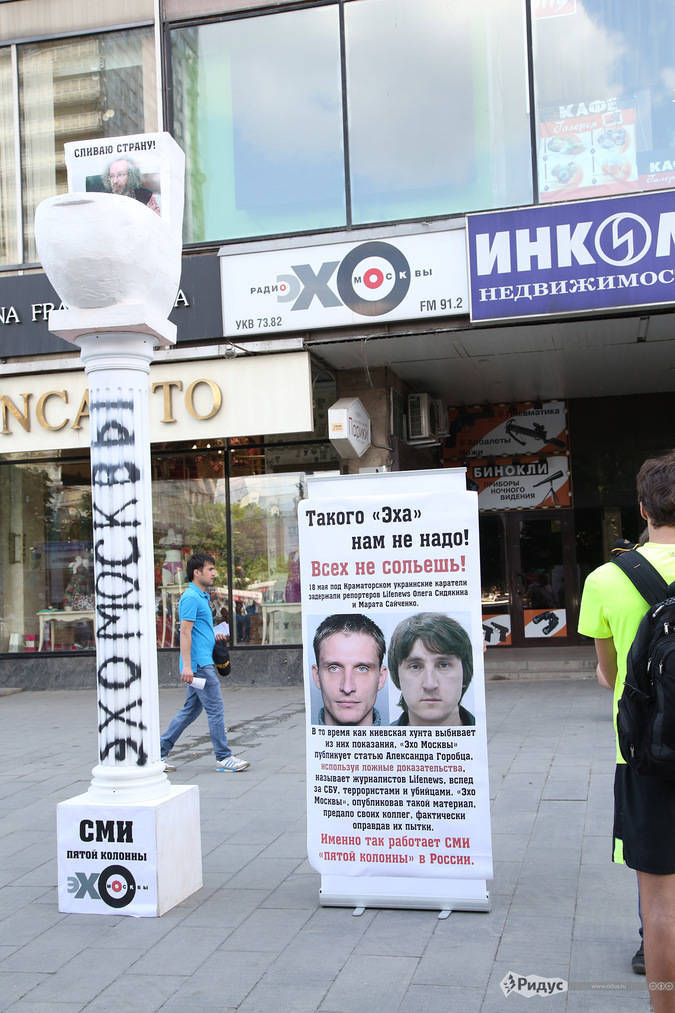 Ctrl Enter
Noticed oshЫbku Highlight text and press. Ctrl + Enter
We are
Journalists RT and LifeNews awarded Orders of courageIn the center of Moscow a nest of “aliens” appeared: the installation with the eggs of the “fifth column” was exhibited in Novopushkinsky Square and at the editorial office of Echo of Moscow on the New
Military Reviewin Yandex News
Military Reviewin Google News
153 comments
Information
Dear reader, to leave comments on the publication, you must sign in.