Who came to Ukraine as an observer from Canada? 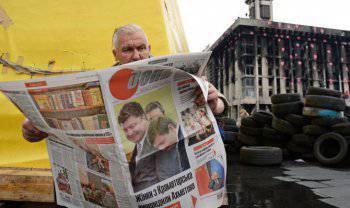 In those days, when the upcoming election of a new president of Ukraine was announced in Canada, the ruling Canadian conservative party in a hurry announced the sending of an assault landing on the so-called "democratic" procedure to the West. It was also said loudly that, due to the special nature of the situation, an entire unit would be thrown at the observational battle - 500 man! Here is a link to the latest article on expedition details: http://www.cbc.ca/news/politics/mike-harris-leading-ukraine-election-observer-mission-1.2648626.


I have been living in Canada for over 20 years and have been following anyone for a long time the newsrelating to my former homeland - the USSR. And then almost the second coming - the collapse of Ukraine!

My suspicions were caused by several positions, which at one time or another were mentioned by the Canadian media. The first “swallow” is the new composition of the delegation, which was previously formed on the basis of a local company. But not today!

The second "bird" is my personal close acquaintance with some manifestations of the character of the Ukrainian diaspora. Especially - her stubborn Russophobia.

So, all the same old question - who are the judges? In the first lines of the news we see the name of the senator from the province of Saskatchewan - Mrs. Raynell Andreychuk. Surprise catches the breath - who is going to watch democracy in Ukraine? Ukrainians!

From the text of her biography follows the conclusion about her long-standing and rather active participation in various events in Ukraine. Medals and orders, the title of "heroes" in Ukraine, are presented not only to former SS henchmen, but also to respected Canadian senators. And what is not a pity!

Lovers of facts and foreign languages, I invite all of you to carefully read the details of the biography of Madame Andreychuk. Especially it is necessary to analyze its activity in the framework of various Ukrainian organizations. I, unfortunately, have no time or political experience for this.

I am a simple man. But the questions before me arise not at all simple. For example, isn't this the direct influence of one state on the affairs of another? Is it not from here that the legs of anti-Russian statements grow not only in the comments of “ordinary” Canadians on local media sites, but also from the representatives of the highest echelon of state power (right up to the prime minister and foreign minister)?

My simplicity makes me ask even more difficult questions.

Why did Canada hurry to give 220 millions of dollars to the Kiev junta in the very first days of the coup? By the simplicity of my soul, I expected a pleasant surprise and immediately called my sick mother in Lviv - did she finally get her money frozen for all ordinary Ukrainians in the last millennium? No - not received, and it seems not to receive.

Where did the big money go? Are those new APCs that the junta boasted in the Southeast? Anti-Russian propaganda on Canadian TV today crosses all moral boundaries.

Because it is war. And in war, all means are good. Here, many shout about our gulag. They are afraid ... But at the same time they are modestly silent about concentration camps for the civilian population of their own country. During the war, all Canadian Japanese were driven there. Just for the sake of calming maple syrup. For the genocide of the Indians, only recently someone said in a whisper “sorry ...” It’s not that - flowers. Here, after all, Russia is threatening to advance from the North!

In short, dear reader, do not play Canadian political hockey. We don't need such hockey!

Ctrl Enter
Noticed oshЫbku Highlight text and press. Ctrl + Enter
We are
What you didn't want to know about EnglandHow I was held in this election
Military Reviewin Yandex News
Military Reviewin Google News
41 comment
Information
Dear reader, to leave comments on the publication, you must sign in.