Russia in the First World War: ruin or economic growth? 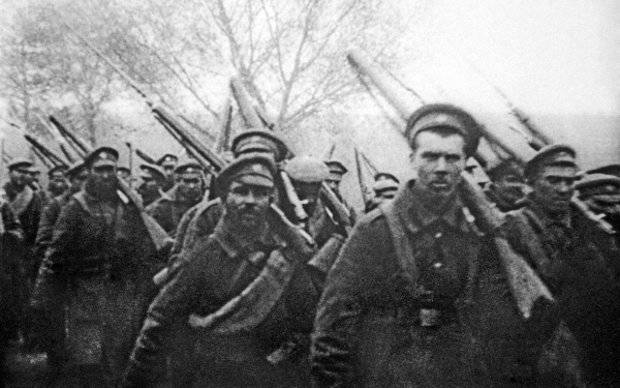 The revolution occurred at the height of the First World War, and many researchers see a close causal relationship between the war and the overthrow of the monarchy. The economic "devastation caused by the war" is often noted as an important prerequisite for February-1917. Well, let's deal with this thesis.

It must be said that a major war and, all the more, a longstanding military struggle of the superpowers is a catastrophe for all its participants. Hunger was rampant in Germany and Austria-Hungary, the victors — Britain and France — came out of the war with huge debts and difficult economic problems. Only by 1924, the French economy returned to the pre-war level, and in England industrial production was restored in 1929.

The peacetime economy is not built according to the laws that go to war. That is why military tension always leads to distortions in many sectors of the economy. The need for the rapid movement of millions of people leads to transport disruptions, the emphasis on military orders contributes to the appearance of distortions in the development of industry and, accordingly, uneven pay. But war itself is one continuous imbalance, so that economic turmoil here is the norm, not the exception. And in general, the concept of "devastation" is relative, and by this term one can fit almost anything. So, speaking of the devastation, it is necessary to operate with concrete figures in order to be able to assess the real scale of economic difficulties.

The economic situation in Russia has been thoroughly studied by a prominent economist Lev Kafengauz. His work "The Evolution of Industrial Production in Russia" is especially valuable because Kafengauz was the Deputy Minister of Industry and Trade in the Provisional Government. That is, Kafengauz is a Februaryist, an opponent of tsarism, and he is unlikely to embellish pre-revolutionary reality. In addition, he wrote his book in the Stalin years, which also does not contribute to enthusiastic reviews about Tsarist Russia, but rather the opposite.

Kafengauz cites a significant array of statistical data, on the basis of which one can form a fairly accurate picture of the Russian economy on the eve of the February Revolution. Note that the figures of Kafengauz mainly relate to the regions of the empire within the borders of the USSR, however, if we consider that Russia lost Poland and some other western provinces in 1915, then imperial Russia at that time was approximately within the boundaries of the future USSR. Peaceful 1913 year is often called the period of maximum recovery of our country, so we will carry out comparisons with 1913 year. Compare and see what "devastation" occurred in the country during the war.

So let's start with energy.

Gross coal and anthracite mining in thousands of tons.

From other sources of energy, a small increase is recorded on peat, and in addition, Kafengauz writes that according to indirect data, an increase in the amount of firewood can be judged. Is it possible to say that there was a devastation in the production of energy raw materials in the country? Absolutely not: on the contrary, the situation was better than in a very successful 1913 year.

For the sake of justice, it must be admitted that this was achieved to a large extent by reducing the production of iron, which was used to manufacture "peaceful" goods. But this is a perfectly normal measure, typical of any war, when branches of the military industry have priority. The situation in the copper-smelting industry has become a serious problem, here the drop in smelting turned out to be significant, however, imports managed to completely compensate for losses, and copper consumption in the 1916 year was even higher than in the 1913 year: 82 378 vs. 39 898 tons.

In the textile sphere, the situation was fairly stable. The production in the cotton industry was slightly reduced, a little in the wool industry, however some growth was achieved in the linen and hemp-jute industries, as well as in the production of mixed fibers, ready-made linen, knitted and fancy goods. In general, if we take the 1913 indicators of the year as 100%, then in 1916, the textile production will be 89,4%. Yes, there is a recession, but how much can it be called devastation? In the leather industry during the war, a rise was observed, new factories appeared, and the production of rubber products increased. The output of pharmaceuticals, surgical instruments and other medical supplies has increased. Moreover, success was achieved in the production of goods previously imported from abroad.

There was a real economic boom in the metalworking and engineering industries. Figures indicate a powerful breakthrough in the industrialization of the country. During the war, the factories were reequipped with new machines, major technical successes were achieved, new production appeared.

The gross output of the metalworking plants is expressed by Kafengauz in thousands of pre-war rubles, and this is what happens: 1916 year - 1 424 892 versus 646 064, from 1913 to 1916. gross output increased by 220,1%. As for the copper-rolling and copper-foundry production, an amazing result was achieved here: almost doubled in growth. It is characteristic that the Tsarist economy achieved the greatest achievements in the most modern areas at that time. Increased production of electric motors, transformers and other electric machines. The same applies to telephone, telegraph and radio equipment.

It was possible to expand the mass production of metalworking machines, the chemical industry quickly rose, several factories producing gaseous and liquid fluorine were built, the production of sulfuric and nitric acids and phenols increased, the processing of naphthalene into naphthol and naphthylamine developed, and not only by increasing the capacity of old plants, but and thanks to the emergence of a number of new enterprises.

To a large extent, these successes are secured by military orders, and you will not be fed up with guns and shells, the skeptic will argue, and he will be right. Therefore, let's see how things were in the food industry.

Products in thousands of pre-war rubles.

These numbers need clarification. During the war, Russia acted dry, so there was a sharp reduction in the production of alcoholic beverages, and this is the food industry. So, beer, wine and vodka - all these are super-profitable industries, therefore, the reduction of production in these areas immediately affected the overall financial indicators of the food industry. But if we make an amendment to the dry law, then in the sectors producing food, the recession either did not happen at all, or it was minimal. As Kafengauz notes, the production of basic vegetable oils during the war remained at a high level.

By the way, in 1913, some food products were exported on a very large scale. For example, this applies to oil. During the war, exports dropped sharply, and given this fact, no less food products were left for domestic consumption in Russia than in the 1913 year. Salt production increased: 2 601 862 tons in 1916 year against 1 977 765 tons.

We will talk in detail about hunger and bread shortages in Petrograd as part of our cycle of texts on pre-revolutionary stories. And in the next article we will analyze Milyukov’s famous speech, "Stupidity or treason?"

Ctrl Enter
Noticed oshЫbku Highlight text and press. Ctrl + Enter
We are
The destruction of the Austro-Hungarian Empire did not bring Central Europe peaceChronicles of the Second World War: the pre-war period
Military Reviewin Yandex News
Military Reviewin Google News
26 comments
Information
Dear reader, to leave comments on the publication, you must sign in.