About the upcoming debt crisis in Russia 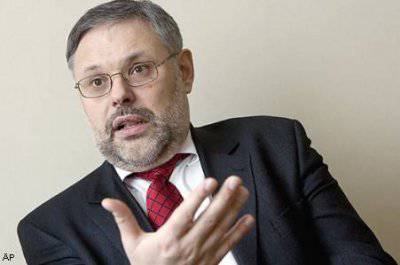 Despite the fact that the government stubbornly refuses to recognize all the problems in the Russian economy and its real decline, the situation continues to deteriorate. To understand this, there is a mass of indirect “evidence”, and one of them is the state of the debt market. Let me remind you that in the US, the autumn crisis of the year 2008 began at a time when interest payments on previously made debts for households rose to 14% of real disposable income, today they managed to be lowered to 10,5%. And this is when the cost of a loan for banks is close to zero!


In our country, in this sense, everything is threateningly bad. A couple of years ago, interest payments for citizens were 7% of income, at the beginning of this year - already 11%. If things continue at that pace, by the end of the year we will have a full-fledged debt crisis.

I note that in this place the real state of the economy is manifested. Yes, the last six months, citizens began to take loans less - but their welfare in real terms has decreased as well. Which leads to serious problems. Here is what RBC writes about this: “Citizens pay loans just as bad as they did three years ago. This is stated in the review of the delay in individuals of the agency "Sequoia Credit Consolidation". The reduction in the solvency of borrowers has already led to a record increase in bad debts: their share in the loan portfolio has approached a critical level - 5%.

But overdue debt continues to grow at a record pace - at the beginning of May it reached 514,8 billion rubles. The growth since the beginning of the year was a record 17% (in 2013, for the first four months, this figure increased by 14%, in 2012, by 4,3%). According to the Central Bank, on April 1, the delay on loans to individuals was 4,9% (in the total loan portfolio it is lower - 3,6%). Thus, the volume of bad debts approached the level that is considered critical - 5%.

The deterioration in the quality of the portfolio of collectors is associated with a fall in incomes of citizens, high levels of debt load, as well as macroeconomic changes, such as rising inflation and rising unemployment, the report says. According to the data provided in the report, on average, 1,4 is a problem loan per debtor. And if in 2012, the borrower went into arrears on average in 8,5 a month, in 2014, in just 4,5 a month. ”

We note that it is impossible to quickly change the situation - debts are mostly long-term (car loans and mortgages), even a significant change in macroeconomic conditions (reducing the value of money for banks) will not improve the situation with borrowers quickly, this is a matter of several years. Yes, and the very decline in the value of money is difficult to hold: today it is tied to the value of the dollar for a Russian borrower, and it is quite high. To provide refinancing of the Russian economy with a ruble, the Central Bank categorically refuses - which puts our economy in an extremely difficult position.

Note that the liberal authorities of Russia have done a lot to ensure that their own currency could not be introduced into the economy. They provided absolutely free conversion of the ruble to the dollar, which ensured extremely high profitability of foreign exchange transactions. Any attempt to increase the number of rubles in the economy leads to a huge increase in purely speculative operations - the exchange of "free" rubles from banks (in fact, they are just working rubles of enterprises that are temporarily in bank accounts) for dollars in order to increase the rate of the latter.

Indeed, with a high level of demand for dollars, its rate is growing, which increases the incomes of banks, and the ruble devaluates, which is beneficial for the domestic producer. The only trouble is that it also increases the cost of a ruble loan, since traditionally our yield is considered in foreign currency.

This vicious circle, which was created by the liberals in the 90s through the liberalization of monetary policy, must be broken. To do this, we must move in the following direction: to facilitate credit operations in rubles and reduce the opportunities for currency speculators. It is possible to drastically reduce the number of banks having a currency license. Why should a bank that operates in Russia have a currency license? He should be engaged in lending to his Russian clients, who don’t need a currency normally.

If the client is engaged in export-import operations, the bank can open a correspondent account in one of the large state-owned banks and satisfy the client’s requests. But to engage in speculative operations, he should not. Note that at the same time in this way, our banks are removed from the control of the US tax service - if they are not going to have affairs with the dollar.

Of course, to avoid a serious debt crisis, we can not. But we must now abandon the liberal policy in order to gradually begin to reduce the cost of credit, without which it will be impossible to proceed to economic growth. It is no longer possible to be a “food base” for the American economy, it’s time to change the situation radically.

Ctrl Enter
Noticed oshЫbku Highlight text and press. Ctrl + Enter
We are
What you didn't want to know about EnglandWhat we lost
Military Reviewin Yandex News
Military Reviewin Google News
131 comment
Information
Dear reader, to leave comments on the publication, you must sign in.