In the US, consider the possible losses from the ban on the supply of RD-180

22 May 2014
56
Not long ago, the US Department of Defense ordered a report in which it would like to receive information concerning damage to the state in the event of Russia's failure to supply RD-180 rocket engines. The report was prepared by a group of experts, consisting of retired generals of the US Air Force, as well as ex-NASA staff. Reports about it ITAR-TASS. 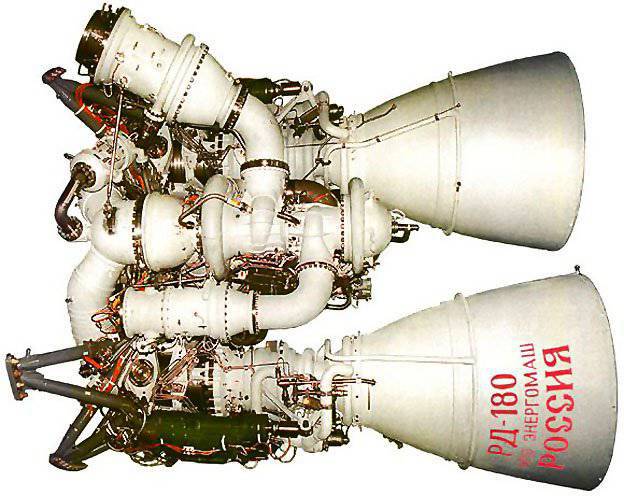 Experts in the course of the research have concluded that if Russia decides to abandon the deliveries of RD-180, which are used for American heavy carriers, this will lead to a revision of the entire segment of the American space program. In the US, more than 30 launches of carriers with Russian RD-180 are planned, and if these launches are canceled or even postponed, then the losses, according to the most modest estimates, will be 5 billions of dollars. If the United States decides to switch to developing its own engines of a similar type capable of replacing Russian ones, the first result will appear no earlier than 2020 of the year, which is unacceptable for NASA.

At the same time, American experts are confident that the United States itself must phase out Russian rocket engines for several reasons. One of them is this: the program to launch military satellites is tied to the use of the RD-180 in the USA. After Washington’s expanding sanctions package against Russia, Moscow said it was ready to supply rocket engines to the United States only for civilian projects. Launch programs in the interests of the military can be seriously affected.
Ctrl Enter
Noticed oshЫbku Highlight text and press. Ctrl + Enter
We are
Not all Kievans were afraid of the Poroshenko ban on St. George ribbon
Military Reviewin Yandex News
Military Reviewin Google News
56 comments
Information
Dear reader, to leave comments on the publication, you must sign in.