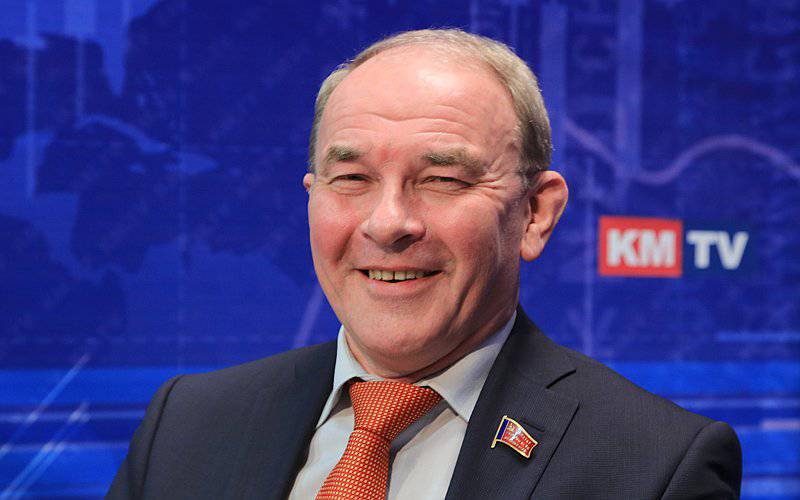 Kudrin left, but his case lives, the expert states

A draft federal law “On Amendments to the Federal Law“ On the Federal Budget for 2014 Year and for the Planning Period of 2015 and 2016 ”was promulgated. The essence of the document is that the government does not intend to abandon the “budget rule”.

We appealed to State Duma deputy Vyacheslav Tetyokin with a request to comment on the budget and financial policy of our country.

- Kudrin resigned as finance minister, but his business lives on! The same policy continues, and moreover, the Gaidarism remains. Today it is fashionable to say that in 90, wood was broken, and this is audible at the highest level. But the same team actually continues to remain in the economic block of the government.

As for the budget, that is obvious the line of power to cut social spending. Expenditures on health care, science, education and housing and utilities are consistently reduced. This means that the lack of budget funds to support utilities will be “compensated” by rising prices, that is, at the expense of the average person. There is a paradox: the economy is stagnating, but United Russia remains popular.

Power simply uses the euphoria associated with the annexation of the Crimea, in order to tighten the nuts for the population. And they say that the return of the Crimea will require additional costs, and in fact, spending is low, and this is just an excuse.

By the way, I think that at the construction of a bridge across the Kerch Strait, "skilled" hands will even really profit!

We must create competition for the West in high-tech goods markets.

Meanwhile, there are plenty of ways to fill the budget.

The first is the progressive taxation of the super rich. I emphasize: it is not the middle class that should be taxed on a progressive income scale, but those who are in the 1% of the wealthiest population.

The second. In many oil-producing countries, natural rent is owned by the state, which also redistributes it throughout society.

The third is a reduction in corruption. I am sure that many investment projects are being embarked on to steal, and not to build something for society. I will not name specific projects, but I see that the construction there is clearly not necessary for the country.

The fourth source, known from time immemorial for the authorities, is the monopoly on the sale of tobacco and alcohol. And if they consider that monopoly is too radical a method, then they would open in parallel with private shops, the state trade in alcohol and tobacco.

By the way, the ruble invested in agriculture, brings ten rubles, given the entire chain of related industries. So this is not a “black hole”, but also a potentially profitable area, but this is a topic for another conversation.

But the development of the manufacturing industry is the fifth way to fill the budget, including by exporting, for example, airplanes. That is, we must create competition for the West in high-tech goods markets.