Corvette began to build, but waiting for money from the people 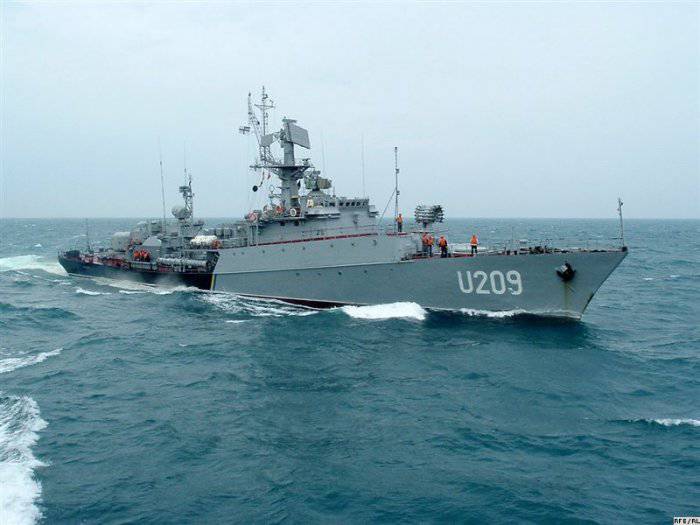 The Minister of Defense of Ukraine, Mikhail Yezhel, urged Ukrainians to work out on the construction of the Ukrainian corvette and assured that he had already made his personal contribution to this. Experts note an acute lack of funding for the Ukrainian Corvette project; they do not believe in the effectiveness of public fundraising for its implementation. Ukrainian veterans fleetwho initiated the fundraising, believe that popular support for shipbuilding in Ukraine has great prospects.

We are talking about the Ukrainian project to build a whole series of patrol ships of the “Corvette” class, which was stopped last year due to a lack of funds in the budget of Ukraine. However, the other day, President Viktor Yanukovych took part in laying the hull of the first Ukrainian corvette at the Nikolaevsky Black Sea Shipbuilding Plant.

Details for the first section of the corvette in the company began to produce in March of this year. Before that, only design work went. The first ship is scheduled to be completed in 2016 year. For this, according to the Concept of the state target defense program, more than 800 million dollars are needed - already this year.

The President instructed Finance Minister Fyodor Yaroshenko to find opportunities to finance the project, hinting that he could dismiss him otherwise.

“In order to build the first corvette without the help of the state, and it is expensive,” every Ukrainian must turn in 10 dollars and the corvette will go to sea. To do this, the work should be properly organized, a system of public control over the funds should be created, and information about the project should be communicated to each resident, ”he says.

Raising funds for a corvette is a mockery of Ukrainians - expert

The resumption of work on the creation of the Ukrainian warship is a positive sign, but now there is no system for effective financing of the project either from the state or from the public fund for the revival of the fleet, says Vladimir Grek, head of the Ukrainian Defense Technologies Association.

“In reality, the government did not prepare any measures for the project to start developing this year. The Ministry of Finance needs to significantly increase funding, since this year the funds for the corvette are included in a special budget fund, from which the Ukrainian industry almost never receives them, ”says Vladimir Grek.

“With regard to the collection of contributions for the construction, it is a fiction. Such an idea is an insult to the Ukrainians, given their low wages, ”he said.

Dmitry Bogdanov, an expert at the Center for Army, Conversion and Disarmament Studies, states that after the celebrations with the laying of the hull of the first ship, the project’s funding has not changed. In his opinion, Ukraine should provide for the construction costs in a separate line in the general budget fund. In the case of prompt receipt of funds, the Nikolaev shipbuilders are able to build a corvette even in three years, and in this case, the cost of it will decrease, the expert believes.

In total, in the framework of the Corvette project, it is planned to build 10 ships with a total value of over 2 billion dollars. As stated in the Ministry of Defense, Ukraine refused to equip warships with Russian weapons, so they will use equipment from leading European manufacturers.
Ctrl Enter
Noticed oshЫbku Highlight text and press. Ctrl + Enter
Military Reviewin Yandex News
Military Reviewin Yandex Zen
5 comments
Ad