How Russia to organize international payments 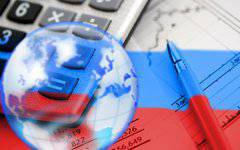 Only state currency monopoly will save the country, Professor Katasonov is sure


Let's continue the conversation about the organization of international settlements of Russia in the conditions of economic sanctions from the West.

I would like to immediately emphasize that half measures such as amendments to the Law on Currency Regulation and Currency Control will not help here. We must proceed from the fact that Russia was, is and will always be in a complex world. In a world where her enemies are always greater than her friends. This follows from the diametrical opposition of the Russian and Western civilizations. As Emperor Alexander III said: “Russia has only two reliable allies in the world - the army and the navy”. The Bolsheviks in their own way reinterpreted this idea, expressing it in the chased formula: “Who is who?” I’m talking about this to emphasize that now is a great time to start building a truly independent and strong economy, rather than redecorating shaky hovels, staggering on the unsteady sand of monetary liberalization.

I will only note that in the past century, the West had two basic requirements (ultimatum, one might say, ultimately) to our country (first — the RSFSR, and then the USSR): to recognize the debts of “old” Russia (according to minimal estimates, 16 billion gold rubles ) and abolish the state monopoly of foreign trade. Only thanks to the enormous advantages of the foreign trade monopoly, which enabled the Soviet Union to flexibly maneuver its resources on foreign markets, did we use the contradictions between individual capitalist countries and monopolies to overcome the blockades periodically organized by the West, boycotts and other attempts to hinder the USSR’s foreign trade.

The essence of the state currency monopoly

It is obvious that GMVT could not be effectively implemented without GWM. GMVT and GVM - two sides of the same coin. The essence of the latter lies in the fact that in the hands of the state all the currency and its equivalent values ​​(first of all, gold) are concentrated; the state carries out all international payments and ensures the most efficient use of foreign exchange reserves. In short, the GWM is a kind of buffer that protects the country's domestic monetary system from the global monetary and financial system (IMFS). First, the IMFS is the source of capitalist elements (financial crises, currency fluctuations, bank failures of banks and companies). Secondly, the West can use the channels of the IMFS for conducting subversive activities against our country (not only broadcast economic sanctions, but also various non-advertised special operations).

The beginning of the state currency monopoly was laid by the Decree of the SNK of the RSFSR of April 22 of 1918 of the year “On the nationalization of foreign trade”. However, in the 1920-s. in connection with the declared new economic policy (NEP) there were serious deviations from the principles of the GWM. In the party and the government there were even supporters of the complete abandonment of the GWM (for example, the then people's commissar of finance, G. Sokolnikov). It was even planned to introduce the complete conversion of the gold chervonets and its free exchange for gold. Banks worked with currency, and they also traded currency on stock and commodity exchanges. The turning point came in the second half of 1920's, when practical preparation for industrialization began. The foreign exchange market was finally eliminated at the end of the 1920s, when bans on the free circulation of currency in the country and even its storage were introduced. The most comprehensive regulation of the GWM is reflected in the resolution of the All-Russian Central Executive Committee and the Council of People's Commissars of the USSR on January 7 on 1937 “On transactions with currency values ​​and on payments in foreign currency”. This document was the basis for regulations relating to the field of international payments and payments in foreign currency of the USSR, which were adopted over the next fifty years.

GWM performed an important creative function - it provided the most efficient use of the country's monetary resources in order to fulfill the plans for the development of the USSR national economy. Clearly this creative function of the GWM manifested itself in the years of industrialization, when the socialist state, with fairly limited foreign exchange resources (several billion gold rubles in the form of various foreign currencies and gold), was able to ensure the purchase of a large number of machines and equipment. Over the period 1929-1940. in the USSR about 9000 enterprises were built. Such a miracle of socialist industrialization would be unthinkable without a state monopoly in the monetary sphere and the sphere of foreign trade.

Settlements with enterprises participating in foreign trade through the mediation of all-union export-import associations were carried out on the basis of domestic prices. At the same time, all positive differences of these prices with foreign trade contract prices recalculated at the official ruble exchange rate were withdrawn to the budget, and negative differences were subsidized from the budget. All budget revenues and expenditures related to foreign economic activity were planned and reflected in the consolidated monetary plan developed by the USSR State Planning Committee. The currency plan was an integral part of the single national economic plan of the USSR.

The collapse of the currency monopoly system began at the end of the 1980s. as a result of the dismantling of the state monopoly of foreign trade. First, several dozen large industrial associations, and then all enterprises and organizations received the right to independently enter foreign markets.

At the time of NEP, the bank was a rather independent structure, but closer to the 1930. came under tight control of the "State Bank of the USSR". The powers of Vneshtorgbank expanded somewhat in 1937, when it received the exclusive right to make payments in foreign currency on foreign trade transactions. In 1961, Vneshtorgbank from the Gosbank of the USSR transferred all operations with foreign banks on the export and import of goods, settlements on non-trade payments, and also lending to Soviet foreign trade organizations. "State Bank of the USSR" retained the exclusive right to conduct transactions with currency values ​​in the country. For foreign trade, the bank had about 1200 correspondents in more than 90 countries of the world (at the beginning of the 1970's). The next push for the expansion of the bank’s activities was the Olympics-80, when it first introduced the practice of direct payments by credit cards, traveler’s checks, eurochips.

The USSR had a network of state-owned banks that serviced the country's foreign economic operations. Banking structures began to appear on foreign capital markets, whose shares were owned by Vneshtorgbank of the USSR, Gosbank of the USSR, and a number of Soviet foreign trade associations. They were registered in other countries (primarily in Western Europe) and had a certain immunity against various anti-Soviet sanctions from the West. They operated in the world's leading financial centers - Zurich, London, Paris, Singapore and others. Surprisingly, many of them, despite their obvious Soviet origin, proved to be very effective and competitive against the backdrop of Western banks. But they did not work for the pocket of private shareholders, but for the Soviet state. The main sovzagranbankami were: "Moscow People's Bank" (settled in London and Singapore), "Eurobank" (in Paris), "Donau Bank" (in Vienna), "Ost-West HandelsBank" (in Berlin and Frankfurt), "Russian commercial Bank ”(in Zurich and in Cyprus), JURASKO (in Zurich),“ East-West United Bank ”(in Luxembourg).

Sunset sovzagranbankov began in the years of Gorbachev's restructuring and continued in the period of liberal economic reforms of the era of B. Yeltsin. This is a very interesting and sad page of domestic banking. storieswhich ended about a decade and a half ago. The “black August” 1998 of the year turned out to be fatal for sovzagranbankov. The then main shareholder of sovzagranbank, Vnesheconombank, defaulted on Russia's foreign state liabilities. Naturally, the holders of Russian securities in the face of the largest investment funds and banks in the West began to demand "satisfaction" at the expense of the assets of sovzagranbank, which were de jure owned by Vnesheconombank of the USSR.

And then the following happened: all the sovzagrank banks joined the group of our bank VTB on a single team (this “Vneshtorgbank” was established in 1990 year, not to be confused with the old Soviet “Vneshtorgbank” transformed into VEB). Now this whole network of former sovzagranbankov operates under the sign (brand) of VTB-Europe. Unfortunately, the institutions of this group have become ordinary commercial banks and have long lost all those functions that they had in the USSR and which were associated with the implementation of the state currency monopoly.

Taking into account the domestic experience of the economic development of the USSR, in the conditions of a permanent economic war on the part of the West of the Russian Federation, the following steps are necessary to restore and strengthen their independence in the sphere of international monetary and economic relations.

2. The ban on the implementation of operations in foreign currency for all banks of the Russian Federation, except for the special authorized bank.

4. Transfer of currency reserves of the Bank of Russia to the balance of the Currency Bank of the Russian Federation. Amendments to the Federal Law “On the Central Bank of the Russian Federation”, providing for a radical restructuring of the emission mechanism of the Central Bank - a departure from the issue of rubles for accumulated foreign exchange reserves and the transition to emission in the form of loans for the domestic economy.

5. The restructuring of the Central Bank will inevitably require restructuring the work of the entire banking system of the Russian Federation. The main function of Russian banks will be ruble lending to enterprises and organizations in the real sector of the economy, which, in turn, will require a long chain of urgent measures to restructure the principles of operation in the banking and real sectors of the economy.

6. Determination of the settlement procedure for export, import and other operations of an authorized bank with Russian enterprises and organizations in national currency, that is, in rubles.

7. The creation of a special body (department) within the government that would prepare the state currency plans, submit these plans to the government for approval and oversee the implementation of the plans.

8. The phased restoration of the state monopoly of foreign trade. Creation of specialized state organizations that have the authority to conduct export and import operations and closely cooperate with the aforementioned authorized currency bank of the Russian Federation.

9. Determining the order of interaction and settlements of all Russian enterprises and organizations with specialized export-import organizations.

The proposed steps are described extremely schematically. But their logic is clear - the restoration of the state monopoly in the sphere of foreign trade and currency operations, the cardinal restructuring of the Bank of Russia and its transformation from the institute of “currency management” into the national central bank, fundamental changes in the entire banking sector of the country, and so on. Many may be frightened or, at least, alerted by a similar plan of a grandiose restructuring of our monetary and credit sphere, which will “pull” the restructuring of the entire economic mechanism of the country. But we have no choice. I repeat once again: half measures will not be able to create a reliable defense against the economic aggression of the West against Russia.