Latin America is interested in a comprehensive relationship with Russia 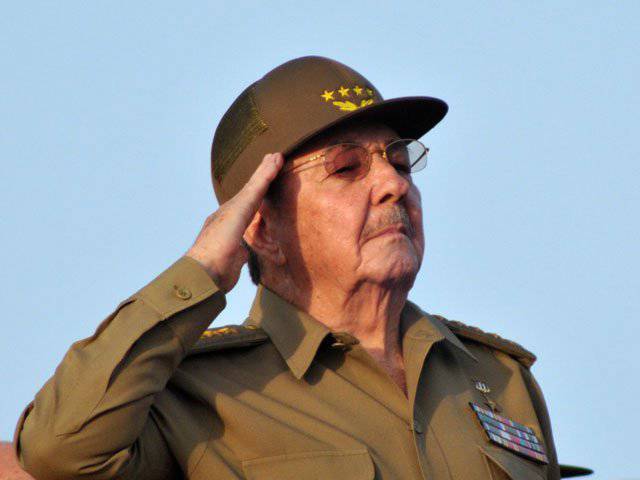 What is Cuba sad for when she voted for Russia at the UN? What did Russian Foreign Minister Sergey Lavrov see in Havana from the sea? Why "brother and comrade" called him the commander of Nicaragua? How did Lavrov receive in Chile and Peru, who had previously voted against Russia at the UN? Will there be Russian military bases in Latin America? The head of the foreign ministry told the "News of the Sabbath."

Flying to such an exotic part of the world as Latin America and the Caribbean is, of course, at least a little bit, but also a tour. For example, where else would you see such beauty? Fantastic views open when approaching Cuba from the Bahamas. But in general, this surrealistic azure, unfortunately, is also political.

Ordinary aircraft are allowed to fly up to Cuba from the United States, but the aircraft of the Ministry of Foreign Affairs preferred to make an explicable hook by now. At first, informal talks were awaiting Sergei Lavrov. On a boat along Havana, he, together with his Cuban counterpart, Bruno Rodriguez Parrilla, went out to sea to talk without unnecessary ears, since Rodriguez Parrilla and the Cuban minister and co-chairman of the Union of All Latin America. In this new organization for the first time in stories did not accept the United States.

Cuba is a country where much seems obviously familiar. The Russian minister laid a wreath at the memorial of José Martí, whose stylistics are such that it seems, here he is, a typical example of socialist monumentalism. However, this is not the case - the memorial was built before the revolution.

However, another signal could have been easily considered when Lavrov's motorcade suddenly moved out of the Cuban Foreign Ministry’s motorcade building, in spite of the declared program, means to Fidel.

- Alive. And we wish the same.

- Have you seen him? How does he feel?

- Physically, of course, he is weak, but if you could see his eyes! They burn. He watches literally all the events that occur, what happened in the Crimea, and is happening in Ukraine.

Shooting during a meeting with Castro was not conducted.

His brother Raul is also an old man. Cuba continues to cultivate its historical image. In Havana, they prefer to hang up posters with young partisan Raul Castro in the Sierra Maestra mountains in 50. But what will happen when this generation leaves?

Young cougar loves not only meat, but also greens - instinctively takes care of his stomach. This is the bottom of the wonders of the mini-zoo at the Juan de la Selva restaurant in another unusual country in Latin America, where another significant Latin American republic held a reception in honor of the Russian minister.

- You are a representative of one of the iconic political surnames of the region. I met your father in 2008 when I flew to Managua with the first Russian delegation after Nicaragua recognized Abkhazia and South Ossetia. What has changed since then?

- We only strengthened our relationship. Now we have a joint intergovernmental commission. And it is engaged in the expansion of the Nicaraguan-Russian trade. “Through this commission, we will organize the arrival in Russia of a whole group of Nicaraguan entrepreneurs,” said Laureano Ortega, Investment Advisor to the Pro-Nicaragua Committee, the son of a Comandante.

- At the forum in St. Petersburg?

The presence of the now new Russia in Nicaragua is visible. Our buses drive through the streets, signals from our Yota hover in the air, and test charity deliveries to Nicaragua of Russian grain (by the way, instead of American grain) turned into commercial contracts. Still, the main project for Nicaragua now is the beginning of the construction of a new inter-oceanic channel alternative to Panama there.

It is precisely Ortega Junior that is responsible for attracting investments. And he is courting the main concessionaires - the Chinese. “And Russian companies can come. The project is open. It is international, but not purely Chinese,” said Laureano Ortega.

- Need to register a Nicaraguan company in order to participate in this?

- Not necessary. You can negotiate with Hong Kong. We in our country have generally significantly simplified the registration of a business.

- Will Russia participate in the project with a new trans-oceanic channel through Nicaragua?

“I confirmed that our companies, state structures will be ready to look at this document and understand how interesting Russia's connection to the negotiations that companies of other countries have already begun,” Sergey Lavrov, in turn, stressed.

The southernmost point along the Latin American tour Lavrov - the capital of Chile, Santiago. The famous presidential palace of La Moneda, which at one time stormed Pinochet and where killed a great friend of the Soviet Union, Salvador Allende. And today's new Russia has nothing to catch here, because Chileans recently voted for an anti-Russian resolution on Crimea at the UN General Assembly. But it turns out that everything is much more interesting.

“Chileans voted in favor of the resolution after Crimea reunited with Russia. The resolution was introduced under the title“ Territorial Integrity of Ukraine. ”They did not vote for the anti-Russian resolution, perhaps because of a lack of understanding of the background. But, for example, in the Human Rights Council “There is such a body in the UN, where the Americans have already thrown in another anti-Russian resolution in connection with Ukraine, they did not vote for it,” said Sergey Lavrov.

When Lavrov's plane was flying from Nicaragua to Chile, he suddenly began circling over the Pacific Ocean in the Peru region. It turns out that the Peruvians, to whom Lavrov was going to call in later, already on the way to Russia, could not believe that the Russian minister would first fly past them, and insistently invited them to visit. But at the UN General Assembly and Peru was kind of like against Russia.

Sergey Lavrov's Latin American tour is no vacation at all. He also visited those countries that voted against Russia at the UN General Assembly, and those who voted in favor. I started from Cuba, which voted “for”, but here the visit has a double symbolism, because Cuba has been under United States sanctions for 50 for years.

Sign of those sanctions - the most famous old cars on the streets of Havana. Others from America to Cuba do not deliver. On this issue, Hispanics have long been together. Individual countries may have some reservations to the problem of territorial integrity, but on the example of the Cuban brothers, they do not accept sanctions for everything and for everyone.

- Will there be Russian military bases in Latin America?

“Baz won't be there,” Lavrov assured. “We don't need bases.” Our fleet should be able to surf the oceans, and this assumes the presence of points where it will be possible to refuel, rest, carry out minor repairs. This is called “logistics points”.

- This is Nicaragua, Cuba, Venezuela, someone else? Argentina was mentioned at one time.

- We do not want to organize such an item in each country. We look at the offers. Where our naval sailors will optimally coordinate such points with the host countries, this will happen there.