Activists of the "Right Sector" was detained in Lugansk 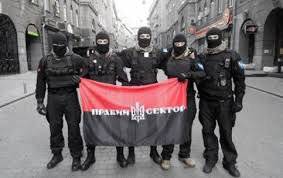 
In addition, on May 18 a young couple was detained on the territory of the so-called “Lugansk dachas”, which carried out the propaganda of the “Right Sector”. According to representatives of the militia, in the things of the young guy was the flag of the nationalists.
Ctrl Enter
Noticed oshЫbku Highlight text and press. Ctrl + Enter
We are
Reports from the militia of New Russia for 2 September 2014 of the yearReports from the militia of New Russia for 29 August 2014 of the year
Military Reviewin Yandex News
Military Reviewin Google News
77 comments
Information
Dear reader, to leave comments on the publication, you must sign in.