The dawn of a young republic: basic threats to a free Donbass 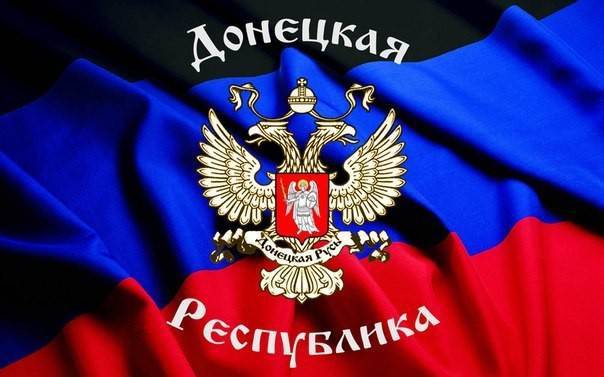 De facto, the new republic in the Donbass has already been created. Another question is whether it will remain in the current borders. Or it will become Novorossia and will include some other regions of the South-East of Ukraine. Either it compromises with Kiev and enters a confederative union.

There are many options - and the answers to everything depend solely on political will and the right goals.

Today, we can state the fact that Donbass has gained political subjectivity and has become an independent player in the region.

Therefore, it makes sense to identify a number of challenges that the young republic will face.

Power disposition after the referendum

The main threats, of course, are in the force field. Because none of the members of the junta will accept the results of the referendum - to recognize the loss of Donbass would mean to sign in their own unsuitability and open up opportunities for XRUME Euromaidan - which will take Turchinov and Co.

Therefore, of course, no one in Kiev will refuse to use force.

However, there are no power opportunities to regain control of the Donbass - consequently, Kiev will turn to sabotage tactics. So, the Donbass will be flooded with hundreds of small groups, the purpose of which will be to hold local actions - both against the infrastructure and against local residents. It will be difficult to catch them - therefore, they will not take more prisoners. And this will bring the conflict into a new orbit of violence.

In the east of Ukraine there will be a clear bastion - the patrimony of the FIG “Privat” by Igor Kolomoisky. The Dnipropetrovsk region will become a front-line territory, therefore, all forces will be thrown precisely on the defense of the “principality Privat”, which after the appointment of the companion Kolomoisky as governor, has grown into the Odessa region.

At the same time, the Ukrainian army no longer wants to fight, therefore, total desertion will soon begin. Deserters will return home, or adjoin hundreds of Euromaidan, Privat mercenaries or battalions of the DPR army.

Since the front line has shifted and blurred, the small towns in the front-line zone will create their local militia and swear allegiance to Ukraine and Donbass - just not to plunder.

The most important factor in the fighting will be that very soon there will be a shortage of fuel and lubricants in the republic. First, it will disappear from citizens, then it will become a deficit for business. Who will have reserves of gasoline and diesel fuel - he will win a tactical advantage in a military conflict.

There is no other way out of the Donbass, except to demolish power in Kiev and the “principality Privat”, simply not - otherwise the young republic will become the territory of the war of all against all. And begin to decompose into small pieces.

Separation of the republican economy

Since the state budget of Ukraine will experience serious problems - most likely, Donbas will block the transfer of pensions and salaries to state employees (to cause dissatisfaction with the new republic). In fact, this will only offend citizens, but, be that as it may, the young republic will have to solve the tasks of economic isolation from the dying economy of Ukraine in an emergency way.

The fact is that the economic model of Ukraine was built on the principle that the majority of industrial holdings were registered in Kiev.

That is, the production is located somewhere in Kramatorsk or Gorlovka, and the place of registration of the management company is in the Pechersk or Shevchenko district of Kiev.

And now, even if Donbass stops transferring taxes to Kiev, it will not lead to anything significant. Because taxes make up an insignificant part of real financial flows.

The main finances are located in the internal accounting department: real production - managing superstructure - trader - offshore. And the main links of the chain, as we remember, are in Kiev.

Therefore, the young republic will have to deal with the budget at the level of each individual production and in fact destroy the financial schemes that have lined up over the years. And if we consider that offshore companies are still involved in these schemes, then the work remains to be serious. In any case, you will have to face the resistance of the oligarchy, which will obviously strive to preserve the usual mode of marauding management.

You can start with the assets of the oligarch Taruta - he clearly plays against the republic, and there is nothing to expect from him except for harm. It is on its assets that one can test the nationalization and deoffshorization of industry and industry.