American millions are not impressed Yarosh 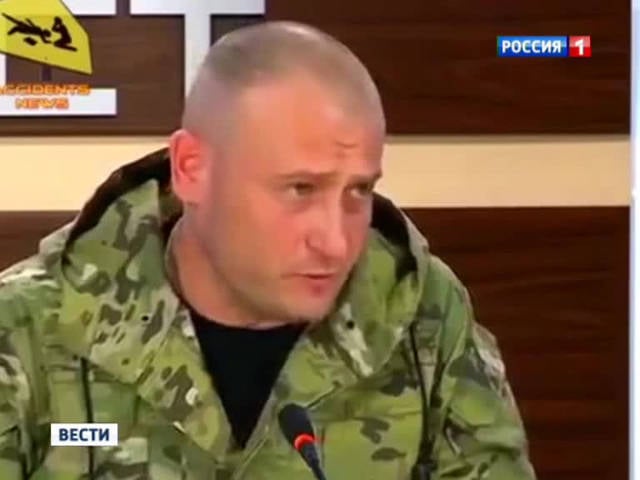 The authoritative American magazine Nation, which published loud material about the 70-year secret, told about the ties between Washington and Ukrainian neo-Nazis. stories White House cooperation with accomplices of Bandera. And now it has become known about the secret talks that Washington has led in recent months with the leaders of the Right Sector.

Not a file on the State Department website, nor a frame on YouTube - that a delegation of the Right Sector flew to secret negotiations with Victoria Nuland, led by one of its coordinator, Andrei Artemenko, informed a high-ranking source in the Ukrainian Ministry of Internal Affairs. The source of "Izvestia" preferred to remain anonymous. Apparently, because he wanted to save more and life. "The Americans offered Artemenko financial and informational assistance in the creation of a full-fledged political party from the Right Sector. The US offered to form a party with a political platform, a party structure and an extensive network of branches throughout Ukraine from Ukrainian radicals. In response to financial assistance, Nuland demanded from leaders "Right Sector" of the full demilitarization of the movement after the presidential election, "- said in the publication.

They were ready to invest on a large scale. It was about 5-10 millions of dollars. According to the same official of the Ukrainian Ministry of Internal Affairs, Artemenko’s visa, the US ambassador in Kiev, Jeffrey Payet, personally handled. But they could not hit the hands with the envoy of the pro-Nazi-minded radicals: bargaining is irrelevant, they slapped the table. Sum Dmitry Yarosh not impressed. Probably, recalling the share of Muzychko, Yarosh also referred to the fact that he himself would not survive Muzychko without the trunks for a long time. Such a necessary deal fell through. Such uncomfortable questions continue.

“In Ukraine, legitimate elections were held earlier, but the legitimate president was biased after large-scale street riots. We saw footage of people whom we call“ neo-Nazis, ”said US Republican Senator Dan Roerbaker.

“First of all I want to say that most of the protesters on the Maidan were peaceful demonstrators. If you saw photos from Kiev, and some of us were personally there, so there were mothers, grandmothers, veterans,” said US Assistant Secretary of State Nuland.

“I also saw these pictures. But I also saw other photos of how people threw petrol bombs at the police, shot at her. Yes, there were mothers with flowers. But there were also very dangerous street clashes. So answer, take in disorder participation of a group of neo-Nazis? " - asked Roerbucker.

“As I said, there were representatives of different Ukrainian groups,” Nuland assured him. “So yes,” Roerbaker summarized.

But Nuland could be indignant. Allen Dulles, the head of the CIA, was never asked why, since the year 1949, in his service, Mikola Lebed, Bandera's apprentice? Nor did the Congress hold hearings on Yaroslav Stetsko, who, with the approval of several administrations, coordinated the actions of the committees of the enslaved peoples. In the war, Stetsko, however, preferred to enslave. In 1941, he created a militia that "would help clean up the Jews," he said in a letter to Bandera.

"This is a completely inconsistent and dangerous policy. They organized a coup d'état in Ukraine and brought an ultra-right fascist minority to power, which the Ukrainian people, with the exception of thugs, mercenaries and far-right, do not support. They are trying to control the Ukrainian Armed Forces, but the army cannot break the resistance of people who do not want their country to be led by a fascist government, "said political analyst Sarah Flaunders. In order to still break, and need Dmitry Yarosh with his thugs.
An important detail is that the Right Sector was offered to demilitarize for a round sum after the elections, and not before. Party building nationalists had to do with the new Ukrainian president. In the meantime, all of them are in the organization of the electoral process with the help of the whole available arsenal, as in Odessa.

Ctrl Enter
Noticed oshЫbku Highlight text and press. Ctrl + Enter
We are
Ukrorebus: Twitter Yarosh told about the death of the main pravosek on behalf of Russian paratroopers
Military Reviewin Yandex News
Military Reviewin Google News
71 comment
Information
Dear reader, to leave comments on the publication, you must sign in.