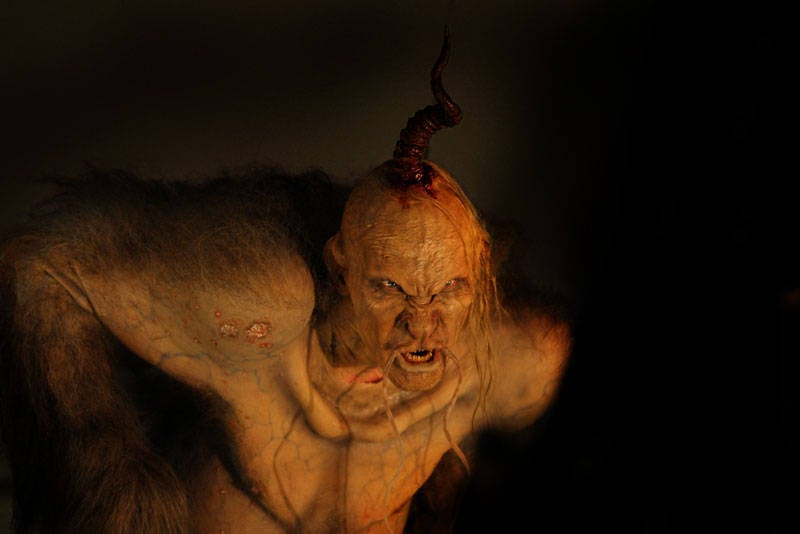 Viy is in the East Slavic mythology a character from the underworld, whose gaze kills. His eyes are usually covered with huge eyelids and eyelashes that he cannot lift without help.

All that we live in Ukraine today is a series of terrible and sometimes not amenable to rational explanation of events in the state. I do not leave the feeling that everything that happens, does not happen to me, not to my relatives, not to my neighbors, not in my country - a healthy mind does not want to believe in the reality of what is happening.

Kiev, Slavyansk, Odessa, Mariupol ... Some in blasphemous delight, others in mortal horror, others thirst for revenge. It seems that we are crazy, that Judgment Day has come to Ukraine - the last day of its existence.

Why it happens? Why did Ukrainian politicians, who aspired to a power as a result of a coup d'état, plunge the country into chaos, and doomed the people to torment and suffering? Unfortunately, not everyone is looking for the answer.

Most try not to discuss publicly what is happening, and not because of a lack of conscience or reason. The reason is simple - fear. Fear of neo-Nazis who have girdled in the country and other ultras, who are virtually guaranteed permissiveness and impunity. Uncertainty that the state is interested to guarantee the rights and freedoms enshrined in the Constitution.

In fact, a relatively small part of the citizens of Ukraine for one reason or another actively participate in the events. Kiev politicians and Ukrainian media are trying to convince everyone that the conflict initially lies in the plane of the attitude of the population of the south-east of Ukraine to the state, stories and culture. Lying!

In the former Ukrainian SSR, I studied in an ordinary school, where Ukrainian and Russian were studied in the same way, where Russians and many Ukrainians did not care what language to speak, listen, sing, where most families of the southeast were nationally mixed, where to get the classics of world and Russian Literature in Russian was problematic - bookstores were inundated with these works exclusively in Ukrainian. Even today, unlike today's Ukrainian graduates, I can not only name more Ukrainian writers and poets, but also retell or read their works.

In reality, nationalist ideas are supported only in the western regions of Ukraine, in other regions this support is measured only by the size of the funds invested in it and by the presence of another Judah.

The whole “struggle” of the current political elite boils down to one thing - imperious ambitions and repartition of property! To lead the people under the slogan “We'll take it from these and pass it on” will never be supported by the people. That is why the national idea and course towards the West were adopted. The national idea allowed to divide citizens into "their" and "strangers", and then incite "their" to "strangers". In fact, it is the unleashing and financing of the civil war. At the same time, orientation towards the West provides support in confrontation with Russia and guarantees of personal security, since in international practice no one has canceled responsibility for committing war crimes.

Ukraine, open your eyes! We were not only permanently divided and thrown against each other, our rights and freedoms were stolen from us, we were forcibly mobilized to participate in the endless redistribution of property and power, we cannot avoid new and repeated revolutions - and Tymoshenko’s last statement that the upcoming elections "not she", then comes a new revolution, only confirms this. What the current Kiev junta cultivates in the country is a crime against Ukraine.

The southeast referendum on independence is a forced measure of social protection, it is the answer of those who do not want to live or die in the “civilized concentration camp” proposed by the current Kiev junta and their western patrons.