10 May 2014
27
Of course, there was no parade. There was no festive salute. But the people on the streets were more than. As if there was no shooting, dead, wounded. In general, it was a holiday. Victory Day.

Our people arrived from Slavyansk, who took upon themselves the protection of law and order and the opposition to possible provocations. But - everything was ok. No one and nothing prevented us from paying tribute to our ancestors on this sunny May day.

There were also visitors. Suddenly drew ... African-American with a cameraman and a camera. The emblem is unfamiliar, red and white. Were without a translator, especially with no one spoke. Twisted, took off and evaporated.

Next came the German. With translator. Long walked through the center, talked to people through a translator. I was satisfied, although I expected more. Apparently, a complete center of unarmed people, I note, absolutely adequate, walking and arranging photo shoots with patrols - this somewhat discouraged him. And he hung for a long time in the pavilion of our brewery "Living Beer". German, after all. He came out even more pleased and departed.

And the separatists with the terrorists continued to communicate, captured each other and took pictures about it as a souvenir. 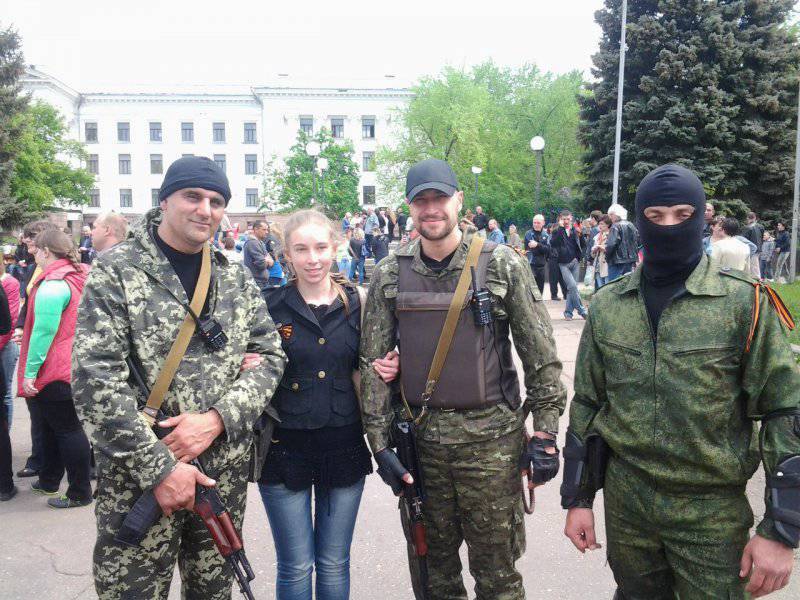 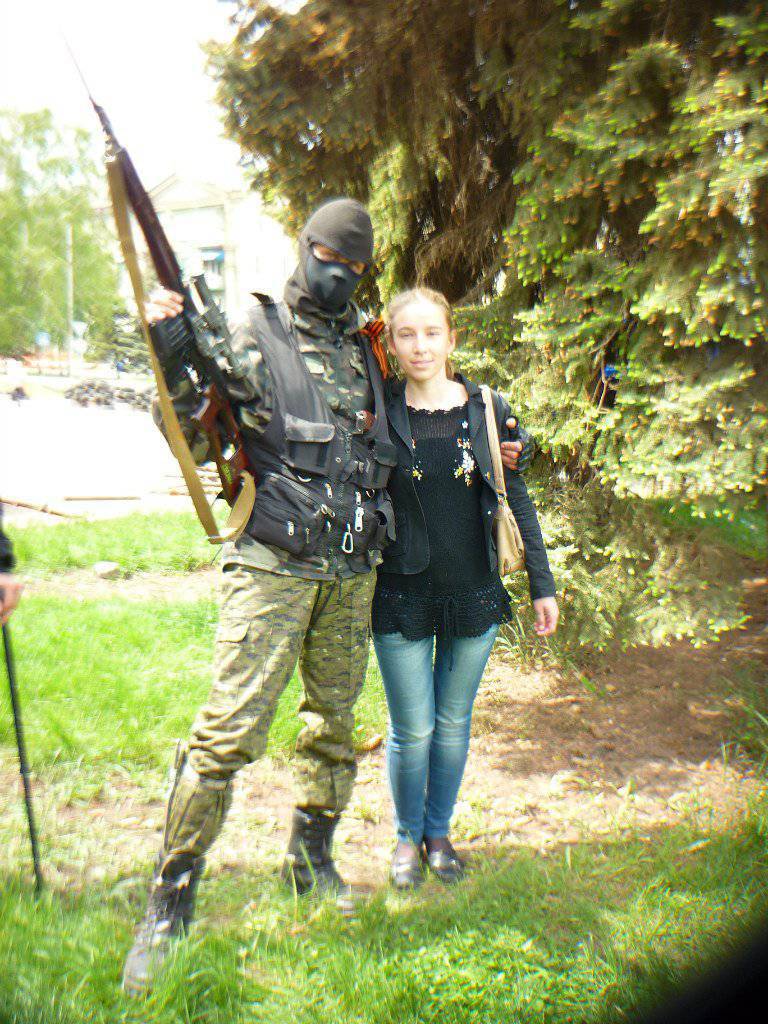 Ctrl Enter
Noticed oshЫbku Highlight text and press. Ctrl + Enter
We are
Results of the week. "In the Greek Hall, in the Greek Hall ... the mouse is white!"Competition "Emblem of the Russian Army"
Military Reviewin Yandex News
Military Reviewin Google News
27 comments
Information
Dear reader, to leave comments on the publication, you must sign in.