9 May 2014
181
Victory Day is a holy day for all citizens of our vast country! On this joyful and at the same time sad day we remember the unprecedented feat of the defenders of the Fatherland - the soldier of the Great Patriotic War. On this day we pay tribute to the deepest respect and inexpressible gratitude to everyone who earned the Victory, fighting on the front line, and bringing it closer with his selfless work in the rear. On this great day, we remember all those who forever remained on the fields of fierce battles, those who did not wait for their mother, wives, children. 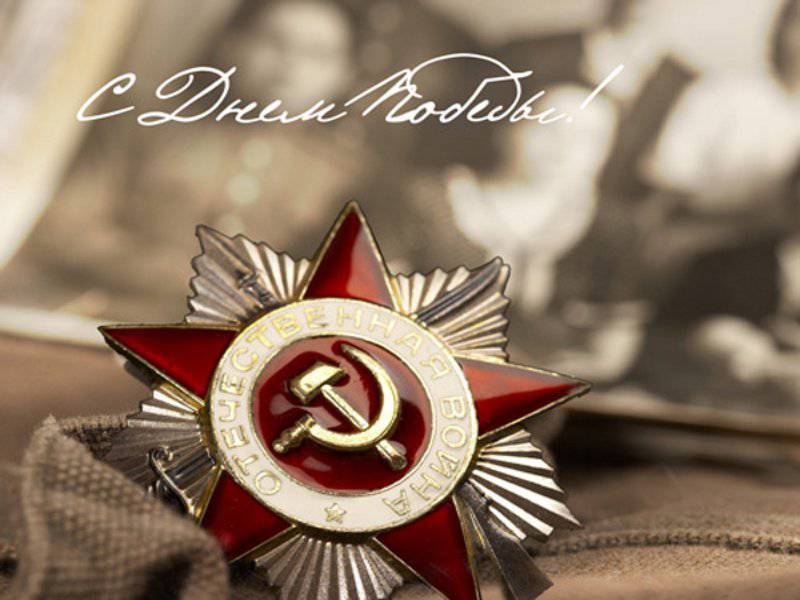 Your great example of loyalty to military duty and labor courage will always help us overcome life's difficulties and strive for good and creation. This example will serve as an eternal guide in the education of the young generation of citizens of our Motherland.

The significance of the Great Victory in the fate of our country and of all mankind cannot be overestimated; it should never be questioned under any circumstances. This is especially important now, when living witnesses and participants of that war are becoming less and less when attempts are made to distort it. history, in every way possible to belittle the crucial role of the peoples of the USSR in the defeat of Nazi Germany. Each of us is obliged to cherish the memory of fallen soldiers and honor the heroic history of the country.

We wish all citizens of our Motherland a peaceful sky over your head! And may the memory of the Great Victory live forever in our hearts!

ORDER
MINISTER OF DEFENSE OF THE RUSSIAN FEDERATION
№ 285

69 years separates us from the momentous day that changed the fate of not only our country, but the whole world. The Red Army, in combat with the Allied forces, defeated fascist Germany, and the Victory Banner was raised over the defeated Reichstag.

Today we recall with deep gratitude those who courageously confronted the formidable enemy and defended the independence of their native land. The memory of those who fell in battles and the victims of Nazism will forever remain in our hearts.

Patriotism, resilience and inflexible strength of the spirit of the people, the unparalleled feat of the Soviet soldiers serve as a powerful moral guideline for the current defenders of the Fatherland.

True to the precepts of front-line heroes, they reliably guard the security and national interests of the Russian Federation.

Dear comrades! I congratulate you on Victory Day!

I wish veterans good health and well-being, and military personnel - high results in combat training, improvement of military skills and the development of new types of military equipment.

In commemoration of the 69 anniversary of the Victory of the Soviet people in the Great Patriotic War 1941-1945, I ORDER:

May 9, 2014 at 22.00 local time to make a festive artillery salute in the capital of our country, the hero city of Moscow, in the hero cities of Volgograd, Kerch, Murmansk, Novorossiysk, Sevastopol, Smolensk and Tula, as well as in St. Petersburg (city hero of Leningrad) and in cities where the headquarters of military districts, fleets, combined arms armies and the Caspian are deployed flotilla.