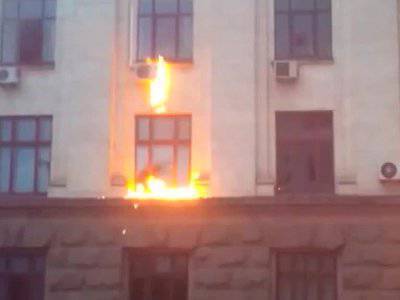 There are new details of the massacre in Odessa. First Deputy Prime Minister Vitaliy Yarema said that during the fire people died instantly due to the burning of an unknown substance. According to him, this substance released gas, which very quickly influenced people, they immediately lost consciousness and died. Yarema added that the expertise should establish the origin of this gas.


The number of people killed during the riots and fire in the House of Trade Unions in Odessa reached 46 people, reminds TV channel "Russia 24". More than two hundred victims appealed for help to medical institutions.

The details of the tragedy, which are gradually being investigated, are shocking. Thus, according to eyewitness accounts, the security forces did not let people out of the burning building, and those who managed to run out were beaten. Police took their units from the scene. And in the killings and riots involved special battalions "Vostok" and "Storm", which were recently reinforced by trained nationalists.