More than 10 people died under Slavyansk 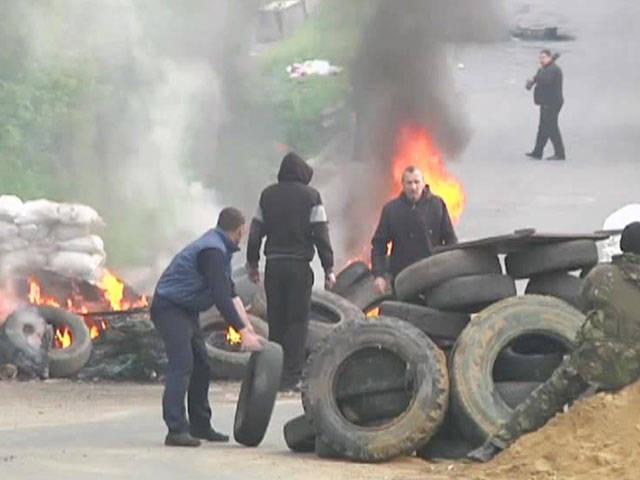 As a result of the execution by the militants of the “Right Sector” of the “living chain” under Slavyansk, more than 10 people were killed, another order of 40 was injured. This was announced by the people's mayor of the city Vyacheslav Ponomarev. Other sources do not confirm this information.
The militiamen in Slavyansk report the death of more than 10 civilians who blocked the Right Sector convoy at night.
"In the village of Andreevka (a suburb of Slavyansk) last night, people stepped out to block the Right Sector convoy, formed a living chain, but the Right Sector fighters opened fire, killing more than 10 people. Besides, Right Sector did not let to take out the wounded and opened fire on all those approaching the victims. That is, it was not even a fight, "Vyacheslav Ponomarev, the people's mayor of Slavyansk, told Interfax.

Ctrl Enter
Noticed oshЫbku Highlight text and press. Ctrl + Enter
We are
The situation in the south-east of Ukraine. Chronicle of events. 3 MayPunitive operation in Slavyansk
Military Reviewin Yandex News
Military Reviewin Google News
296 comments
Information
Dear reader, to leave comments on the publication, you must sign in.