Secrets of the opened correspondence: Ukraine offered itself to NATO for transit

1 May 2014
66
Ukraine wants to be the main partner of NATO for the removal of the military from Afghanistan. The North Atlantic bloc was faced with the problem of transport channels, and the military department of Ukraine offers its infrastructure for the transit of the American contingent.


Such information is contained in the private correspondence of the representative of the mission of Ukraine to NATO, General Anatoly Petrenko. Access to it, as previously reported, received a group of "Cyberkurbut".

The document, in particular, states that the United States has lost the opportunity to use the Manas airfield in Kyrgyzstan. In addition, regular drone strikes of UAVs on the territory of Pakistan led to retaliatory military incursions by Islamic extremists, which almost froze the southern transit route of NATO military cargo: 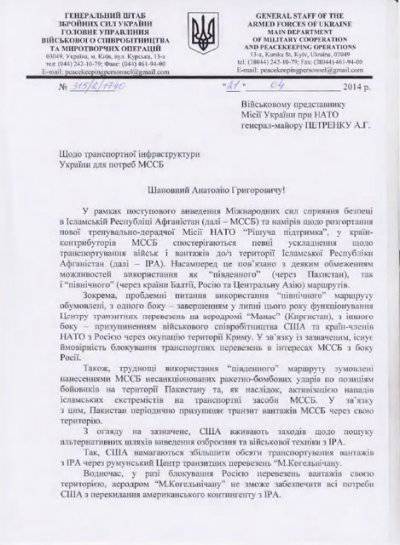 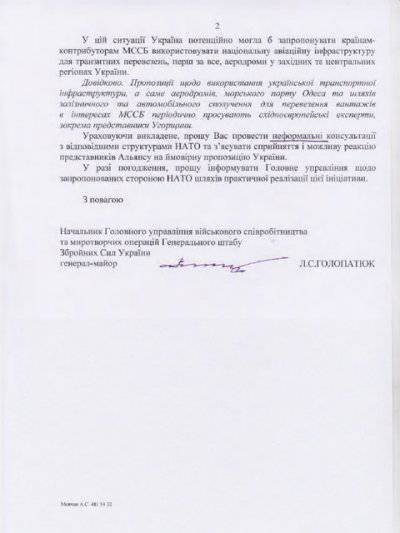 According to the Ukrainian military, with the transfer of cargo through the airspace of Russia, the United States may also have problems. Thus, Ukraine intends to hold closed consultations on the use of airfields in the western and central regions of the country, as well as the airfields of the Odessa seaport in the interests of NATO.

On the eve of a group of anonymous hackers, calling itself "CyberBerkut", posted for download correspondence oligarch Igor Kolomoisky, Lviv prosecutor Vladimir Gural and a representative of Ukraine in NATO, General Petrenko. In addition to the usual, household correspondence, among the nearly two thousand files there are letters with very important information.

So, the other day, for example, Vesti.Ru published a letter, which, according to Cyber ​​Berkut, the oligarch Kolomoisky sent to the prosecutor Gural. It talks about a possible military coup in Ukraine.

Ctrl Enter
Noticed oshЫbku Highlight text and press. Ctrl + Enter
We are
"CyberBerkut" got access to documentation relating to US activities in UkraineCyberBerkut: Yatsenyuk, Klitschko and Tyagnibok have 9 days left for voluntary surrender
Military Reviewin Yandex News
Military Reviewin Google News
66 comments
Information
Dear reader, to leave comments on the publication, you must sign in.