Social networks is a project of the State Department 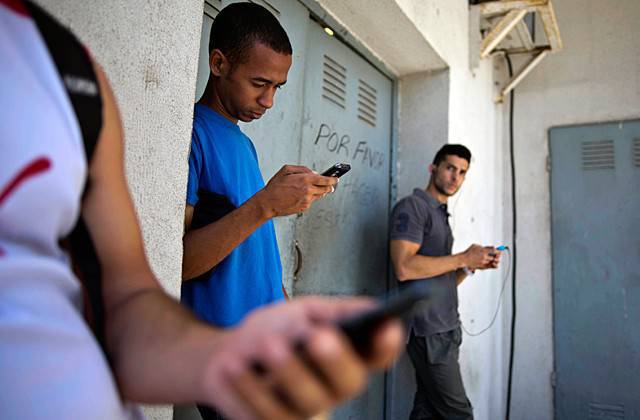 The United States created in the backward countries - in Cuba, Pakistan, Kenya and others - social networks for revolution

After the “Arab Spring”, the US government sponsored the development of dozens of social networks around the world in the hope of creating platforms for political debate, Verge writes. The sites that worked in Pakistan, Afghanistan, Kenya, and many other third world countries were similar to ZunZuneo — the so-called Cuban twitter, created with the goal of politically destabilizing the Fidel Castro regime.

The ZunZuneo microblogging service (a phrase that refers to a hummingbird song common in Cuba) opened in 2010. It was possible to communicate in it by means of SMS-messages from simple mobile phones, still prevalent in Cuba. At the peak of its popularity, the social network had 40 thousands of subscribers, mostly young people.

In early April, the Associated Press published an investigation, from which it followed that ZunZuneo was a project of the United States Agency for International Development (USAID), the purpose of which was to incite the Cuban Spring. To hide this, a complex international scheme was launched with a legal owner in Spain and accounts in the Cayman Islands. The unsolicited company Cubacel was responsible for the communication. The US Congress remained unaware of the operation.

“There will be absolutely no mention of the involvement of the US government. This is crucial to the long-term success of the service and to ensure the success of the mission, ”said one of the memoranda by the creators of ZunZuneo.

USAID employees were the first to start on the social network discussions on “non-controversial topics,” in particular, about football and music, attracting young Cubans to the discussion. When the network would become popular, it was planned to focus the attention of Cubans on politics and social problems. In the end, this was supposed to lead to civil mobilization, demonstrations against Raul Castro and, as stated in one of the USAID documents, “a re-balancing of forces between the state and society”. But in 2012, ZunZuneo closed without warning. Apparently, the allocated $ 1,3 million ended on the project, but it was not possible to bring it to self-sufficiency, as well as to prove the success of the mission. Upon learning of the existence of the program, the Democratic Party senator Patrick Leahy called it "just moronic."

After the publication of the Associated Press report, the Agency for International Development acknowledged that it financed ZunZuneo, but insisted that when preparing for the “Cuban Spring” they remained within the law and did not violate anything. “USAID is a development agency, not a secret service. We work around the world to help people exercise their rights and freedoms, give them the tools to improve their lives, ”said agency spokeswoman Matt Herrick.

However, at the end of last week, it turned out that America’s disruptive initiatives were not limited to one “Cuban twitter”. The White House announced that their intentions were much bigger and covered almost the entire third world. Identical social networks after the “Arab Spring” were opened in Pakistan, Afghanistan, Kenya and other backward countries to “encourage open political discussions”. At the same time, Afghan and Pakistani social networks were controlled directly by the US Department of State. For the first time, social media for backward countries in the State Department thought about seeing their successful use during the uprisings in Egypt and Tunisia in 2010. Facebook and Twitter were also actively used by protesters in 2009 in Iran.

The social network in Pakistan was called Humari Awaz (“Our Voices”). Unlike ZunZuneo, it was developed not in secret, but in collaboration with Islamabad and national telecommunications companies. The government of Pakistan hoped that joint work on the site would help alleviate the ongoing confrontation between the two countries. In 2009, Hillary Clinton announced a site at a meeting with students in Lahore.

The development of Humari Awaz was initiated by the special envoy of President Obama in Afghanistan and Pakistan, Richard Holbrooke, who died in the 2010 year. It cost $ 1 million, becoming extremely popular. Over one million Pakistanis registered on the site, sending about 350 millions of messages. According to the memoirs of the developers, the network was used by almost all segments of Pakistani society: from journalists to farmers who published prices for their products. If desired, users could remain anonymous.

Like Cuban Twitter, the Pakistani network has been closed due to insufficient funding, and has not gone to self-sufficiency. At least in this option offers to believe the Obama administration. The same fate allegedly befell an identical project in Afghanistan, about which no information was disclosed.

More successful was the Yes Youth Can developed by the International Development Agency for Kenya, which still works today. It was launched shortly after the presidential election in 2007, which ended in clashes between supporters of incumbent President Mwai Kibaki (Kikuyu people) and his opponents from the Orange Democratic movement, whose candidate was Raila Odinga (Luo people). As a result of riots killed more than a thousand people.

Yesen Can Kenyans, most notably young people of 18 – 30 years, began to actively correspond and form political communities. As stated on the website of the service, it contributes to “the empowerment of Kenyan youth, as stipulated in the 2010 constitution of the year.” USAID believes that the project has greatly influenced the more peaceful course of the presidential election in 2013.

The US government plans to open social networks in Nigeria and Zimbabwe in the near future.

24 April, Russian President Vladimir Putin said that the Internet is controlled by the United States. “All this has arisen as a special project of the CIA of the USA, and is developing,” said the head of state.

Ctrl Enter
Noticed oshЫbku Highlight text and press. Ctrl + Enter
We are
Digital aggression of the United States. About the use of the State Department of the Internet
Military Reviewin Yandex News
Military Reviewin Google News
41 comment
Information
Dear reader, to leave comments on the publication, you must sign in.