Pentagon: Russian troops remain on the border with Ukraine 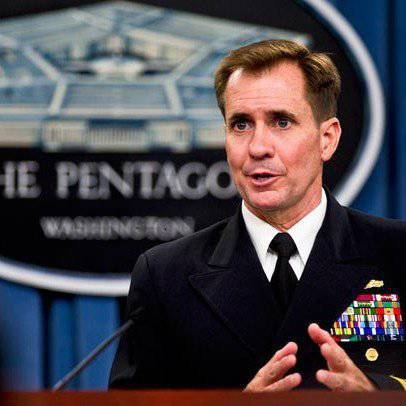 According to the ITAR-TASS, on Tuesday, the spokesman for the US Department of Defense, Rear Admiral John Kirby, said that the Pentagon still does not see evidence of a significant withdrawal of Russian troops from the Ukrainian border.


“We see no signs that they (the Russians) have withdrawn their troops from the border and sent them to the places of permanent deployment,” he said at a press conference. - However, I can not deny the likelihood that they could do it in very small quantities. But we do not observe a significant withdrawal (of troops). "

According to the United States, the withdrawal of Russian troops will help relieve tensions in the region.

In addition, Kirby mentioned a telephone conversation held by US and Russian ministers of defense on Monday, noting that the conversation "was substantive."

“I don’t want to go into all the details of the conversation, because we want this communication to continue,” he added. “Both ministers agreed that the time has come to reduce tensions and (search for) good diplomatic solutions.”

Earlier, the press service of the Ministry of Defense of Russia noted that Sergei Shoigu commented on Hagel's words about the “massive build-up” of the Russian armed forces on the Ukrainian border and “destabilizing exercises”. In particular, he urged the interlocutor to "promote the maximum reduction of the" degree of rhetoric. "

In addition, the Russian Defense Minister denied allegations of the work of Russian sabotage and reconnaissance groups in Ukraine, who allegedly destabilize the situation in the south-eastern regions.
Ctrl Enter
Noticed oshЫbku Highlight text and press. Ctrl + Enter
We are
Military Reviewin Yandex News
Military Reviewin Google News
55 comments
Information
Dear reader, to leave comments on the publication, you must sign in.