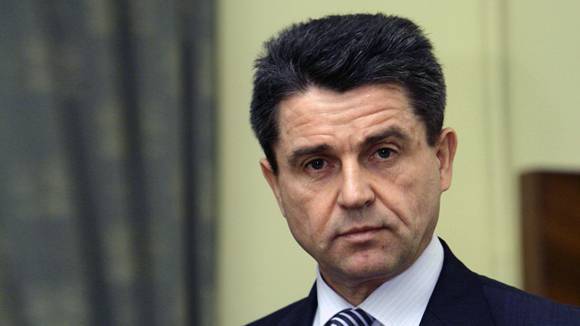 I will immediately begin with a conclusion: there is no opposition between Ukraine and Russia, and even more so between the nations today!

Given the global context, the version of the confrontation between Russia and the USA in Ukraine would be more reasonable, but this is not entirely true. There is one main opposition - between the forces of destruction, degradation, chaos and the forces of law and order. This line of political and informational front lies within each country - Russia, Ukraine, the United States, European countries, and it also defines global coalitions of forces for international law and against the legal order.

The crisis in Kiev highlighted this logic and confirmed everything that we have already said more than once. Civilization and culture rests on respect for the law, including respect for people who embody the law. Removing the police from the streets, as in 1917, we get the same result - collapsed order in all walks of life, banditry, upheavals, and then the threat of civil war, because the forces of degradation cannot hold power in any other way. But in many regions of Ukraine, as before, in the Crimea, the people and the security forces are together opposing the forces of destruction - the global “war party”, and in this resistance to chaos our common hope for peace lives.

However, law enforcement is only the first echelon of the protection of culture and civilization. No less important is another pillar of society - freedom of speech and the professional media community. If it were not for the defamation of the "Golden Eagles" and the Ministry of Internal Affairs by the Ukrainian and Western mass media, the collapse of the state and law and order would not have happened. If the Kiev media did not support moral terror, there were no militias in the cities of Donbass in response to threats of physical terror against dissenters.

As in the military-political confrontation around Ukraine, we, Russia, are trying to be put on a par with the forces of degradation. Like, and you also do pro-Russian propaganda. Thank God, finally, in recent years, have taken up.

Propaganda is necessary for any state, but on one condition - if it does not destroy culture and law, it does not destroy the state itself. There is a difference between propaganda based on objective facts and proven history values, and that, as now in Kiev and in many Western media, which is based on total lies and false values.

It is precisely the total destruction of ethics and professionalism in journalism that is most troubling because it threatens the future of this profession on a global scale. Yes, the state or private capital through the creation of the media form the trust of the target audience. The reader expects to see an adequate picture of events and facts with correct comments, albeit beneficial to the owner. But killing trust in the media with one’s own hands means leaving the civilized field, destroying not only rights but all values.

Bacchanalia of lies in relation to Russia and its peacemaking role means only one thing: the owners and political curators of such mass media benefit from distortion of facts, even turning them inside out. For example, overt extremists seize the prosecutor's office to accuse loyal prosecutors and police officers to put pressure on the judiciary. All this is very unpleasant to watch from the side, although there is a reverse side to this negative. A bet on a frank lie that kills confidence in controlled media and politicians means that the end of the anti-Russian game is near, when the loser not only bluffs, but also puts a broken card all-in.

We need to answer the question, how and how to respond to a wild and deceitful information campaign. The answer in no case should not be a mirror. On the contrary, we must take advantage of the weakening of trust in anti-Russian politicians and the media in order to catch the banner of free speech and honest journalism that has fallen from the hands of the West. Disinformation oppose even more professional work not only of our media, but not least of all - the information services of government agencies, on the clear and reliable data which will be supported by Russian journalists.

By the way, one of the hallmarks of professionalism and a guarantee of trust in the publications and television channels is a critical attitude towards sources of information. If news agencies or even government agencies, especially in Ukraine, but also in the USA, are caught in blatant lies and distortion, then it is impossible to consider them further as a source of information. Otherwise, it will undermine the trust already in our media and journalists. Well, okay, the Americans themselves decided at last with a bang and a crash to finish and bring down their pedestal, but why should we, along with them and Ukrainian ex-colleagues, ask for the political "Darwin Prize"?

But the most important thing - honest and clear information about real facts and events is needed not only to save the honor of the profession and the good name of the editorial board. In many cases, it can save lives and health. Objective picture of a TV from a hot spot can stop the execution of a criminal order. Glaring information that distraught nationalists from Kiev impede the delivery of insulin to cities in southeastern Ukraine, condemning people to agony - perhaps the most important information in order to mobilize international solidarity and help.

I repeat once again: there is not and cannot be a mirror-like, symmetrical opposition of Moscow and Kiev, Russia and NATO, no matter how sophisticated propaganda may be in allegedly objective clothing, blaming both sides. Fortunately, there is no “orange-brown” plague on our house. Russia today stands on the protection of international law, legal culture, on the side of the forces of law and order - and in Ukraine as well.

Ctrl Enter
Noticed oshЫbku Highlight text and press. Ctrl + Enter
We are
Way out of chaosOn the other side of the “red” and “white”. Izborsk Club Report
Military Reviewin Yandex News
Military Reviewin Google News
52 comments
Information
Dear reader, to leave comments on the publication, you must sign in.