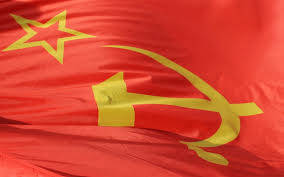 It was the only working alternative to Western orders.


The topic of the “special Russian way”, which is more or less constantly discussed with various evaluations and updated with recent data from Levada Center, is in many ways ambiguous.

Firstly, because the essence of the "singularity" is not determined. Secondly, because any way of any country is always special.

What Levada Center announces: “Over the past year, Russians have become stronger in the opinion that Russia of the future is a“ special ”state with its own development path (38%), and this particular, historical path should be followed by Russia (46%). The number of Russians considering the development of the Russian state within the framework of European civilization and Western values ​​has declined amid the anti-Western rhetoric that has resumed in connection with the events in Ukraine. ”

Of course, the unfriendly actions of Western countries in the situation of the crisis in Ukraine and Crimea could not but affect the attitude of Russian society towards them. And the main thing that these countries have achieved is that they completely refuted the view that they can be sane and negotiable partners of Russia.

But in relation to the choice of the path is not the main thing. Indeed, over the year, since March 2013, the number of those who answered the question “What kind of state would you like to see Russia in the future?” Answered: “A state with a very special structure and its own development path” increased from 33 to 38%, and those who responded: “By a state like Western countries with a democratic system and a market economy,” fell from 33 to 28%. And only the number of those who want to see it as a “socialist state like the USSR” remained at the same level - 24%.

Within the framework of this, at first glance it can be said that approximately 5% of supporters of the “European path” have moved into the ranks of the supporters of the “Russian”, and this happened precisely under the influence of unfriendly actions of Western partners.

Of course, this factor also took place specifically this year. But the year itself is not a significant period for long-term conclusions.
Levada cites (although it does not comment on) the data since 2008. And here the picture is different, although for the “Europeists” it is also disappointing.

Interestingly, the stable indicator has the answer “to go along the Soviet way”, despite the fact that the generation that lived in the USSR era is gradually leaving. And this means that there is a replenishment of this value niche by representatives of completely different generations.

The answer “Russia must go its own, special way” means one thing in this context: it must develop along whatever path, but not along the west. Why are there more such answers? Affects the hostility of the Western elites.

It used to be argued that in Russia everything is bad, and in the West everything is good. But when people saw the realities of the Western world, they were able to make sure that this “good” was only in the window. A showcase in the USSR was at least as good. The advertised western image was as close to the real life of the West as the film "Kuban Cossacks" to the life of the post-war village.

Today, the West is not the West of knights, nobility and beautiful ladies. This is the West of constant scandals, crises, problems of sexual minorities ... and therefore it ceases to be attractive to Russians.

Adherents of the Western path of development is becoming less also because the Russians are tired of constant teachings. People want to have the right to decide for themselves how to live. And in this sense, the answer about a special Russian way simply means the intention of people to live as they see fit themselves, and not as required by dubious international organizations or those who do business in the defense of rights.

But there is another important aspect of the issue. When recipients begin to answer what they see as “Russia's special path”, they call those moments of it that are easily recognized:

- the economic development of the country, but with greater concern for the people, and not for the profits and interests of the "owners of life" (31%);
- discrepancy between values ​​and traditions of Russia and the West (23%);
- taking into account in the policy of the spiritual, moral side of the relationship between the state and citizens (19%).

And further: “the need to constantly take into account such factors as the hostile environment of the country and the threat of attack is the readiness for the self-sacrifice of citizens for the greatness of the Russian state ...”

That is, when speaking of a particular Russian way, people, not always in a conscious form, implicitly, in essence, mean exactly what others more openly call the “Soviet way”.

All the above features are the features of the USSR in its heyday. Someone is more aware of this, and speaks about it directly, someone less so, and uses a euphemism. But they mean the same thing.

The breakdown of the answers to the “special Russian way” and “the way of the USSR as a socialist state” is in fact only a manipulative trick of sociologists trying to split the votes rejecting what they call a “state like Western countries with a democratic system and a market economy”. They also call it a movement “along the path of European civilization common to the modern world.”

But if the first of these images still collects 28% of supporters (perhaps due to reverence before the word "democracy"), then the share of fans of the second falls to 21%. Because if the words “Europe” and “democracy” are at least understandable, then the words “the common path of the European civilization for the modern world” are generally nonsense that could only be born in the head of a frank schizophrenic. Not because there is no common path of civilization, it happens. And not because modern European civilization is bad or good. These are generally different things: European civilization is good, “modern European” is bad and ridiculous. If only because it, in general, no longer has anything to do with the European ...

Therefore, it is necessary to talk either about the path common to the modern world, or about the path of European civilization. The first is the general, the second is the particular. Europe, whether it is good or not, is simply not the whole world.

And those who formulate such questions in this way, or are still sure that the whole world is limited to the Greek Ocumene, that the earth is flat and the sun revolves around it. Or they are engaged in the conscious deception of people, suggesting to them that one can live only according to those laws that the owners of Europe like, and that those who do not live by them cannot be considered full-fledged people.

Ctrl Enter
Noticed oshЫbku Highlight text and press. Ctrl + Enter
We are
About Stalin and KhrushchevWhat you didn't want to know about England
Military Reviewin Yandex News
Military Reviewin Google News
150 comments
Information
Dear reader, to leave comments on the publication, you must sign in.