April 26 2014
118
CN-235 observation aircraft with a mission of Turkish military experts will carry out observation flights over the territory of Russia from 26 to 30 in April. Reports about it Ministry of Defense of the Russian Federation. 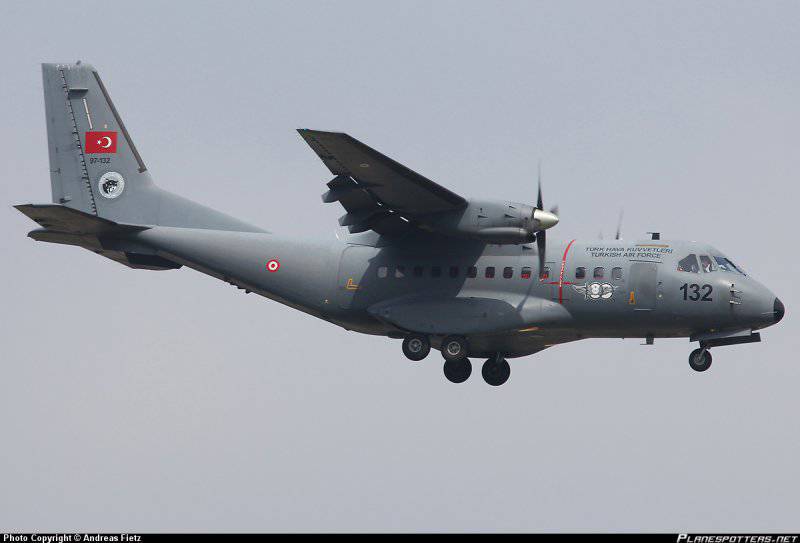 The flight route is agreed with the Ministry of Defense of the Russian Federation. Russian specialists will also be on board the Turkish Air Force aircraft to monitor compliance with all parameters of the observation mission.

It is reported that CN-235 is equipped with equipment for carrying out observation activities. Such equipment includes specialized aerial cameras that have passed international certification. The plane of the Turkish Air Force weapons on board does not carry.

Over the past two months, military experts from NATO countries have already performed about a dozen observation flights in the airspace of the Russian Federation. Most of these flights were aimed at obtaining information about the presence (absence) of Russian troops near the border with Ukraine. These flights are conducted within the framework of the Open Skies Treaty.
CN-235 - a military transport turboprop aircraft, which is operated in the Air Force of such countries as the USA, Turkey, Spain, South Korea, Indonesia, France, Ecuador, etc.
Ctrl Enter
Noticed oshЫbku Highlight text and press. Ctrl + Enter
We are
From 2 to 5 in May, a group of inspectors from Turkey and the United States will conduct a joint observation flight over the territory of the Russian Federation on a CN-235 observation aircraftThe United States and Germany will perform an observation flight across the open sky of Russia
Military Reviewin Yandex News
Military Reviewin Google News
118 comments
Information
Dear reader, to leave comments on the publication, you must sign in.