Tank biathlon for crews of the Western Military District

April 25 2014
19
According to the agency ITAR-TASS in the Leningrad Region, at the training ground near Kamenka, the final competitions of the second stage of tank biathlon took place between tank crews of the Western Military District (ZVO).


On the 7-kilometer circle tankers not only have to shoot at targets located at a distance from 900 to 2,2 thousand meters, but also repeatedly pass through the snake, slope, rut bridge, and anti-tank ditch.

The press service of the Central Military District told:

At the moment, in the formations and military units of the Central Military District, the second stage of preparation for tank biathlon competitions is underway. On the ground of a motorized rifle compound stationed in the Kemerovo region, the six best tank crews of the combined military association of Central Military District from the Novosibirsk, Kemerovo Region and the Altai Territory are fighting for the right to represent the army in district competitions.

These competitions are aimed at checking the readiness of tank crews to perform tasks for the purpose and determine the best tank crews in formations and military units of the Central Military District
.

The tank biathlon first started in Alabino near Moscow in August last year. At the opening of the competitions, Russian Deputy Defense Minister General of the Army Arkady Bakhin said:

Today, at the initiative of the Minister of Defense Sergei Shoigu, we are holding for the first time a tank biathlon competition. For four days, the best tank platoons and crews of the Armed Forces of Russia, as well as Armenia, Belarus and Kazakhstan will compete in combat skills.

Tank biathlon is held in the form of a relay race with three arrivals and a 18300 track route on T-72B tanks.

The personnel carry out firing from the tank of the tank guns at three targets in the form of a tank, installed at different lines of removal and appearing after the first attack on the previous target.

At the second firing line, the crews fire a large-caliber NSVT machine gun at a helicopter target, for which 10 ammunition is allocated.

The third type of fire exercise is shooting at a target in the form of a tank with a guided projectile, after which the crews go to the finish distance. 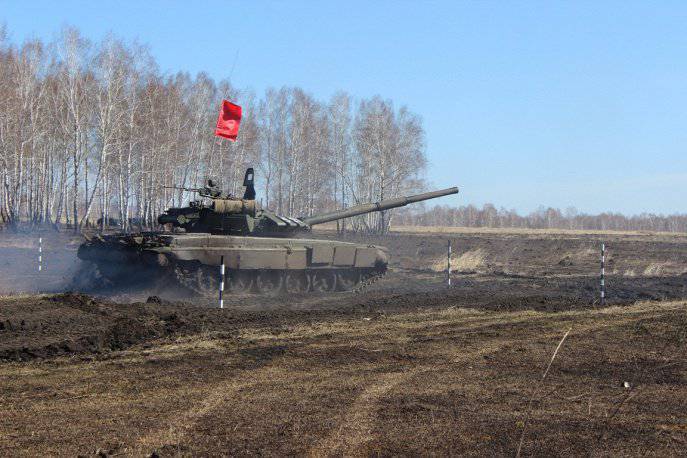 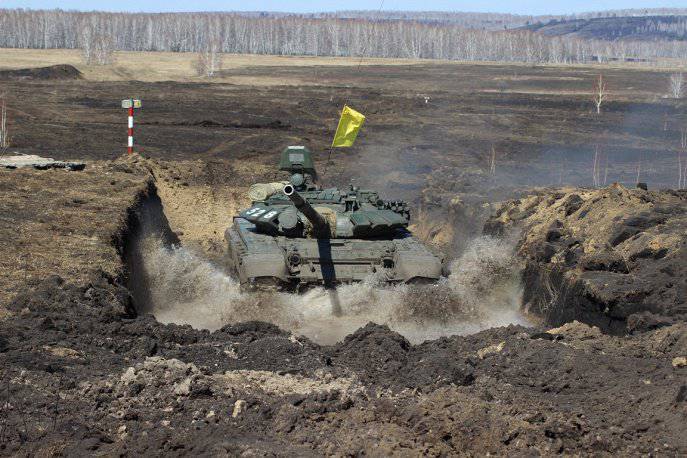 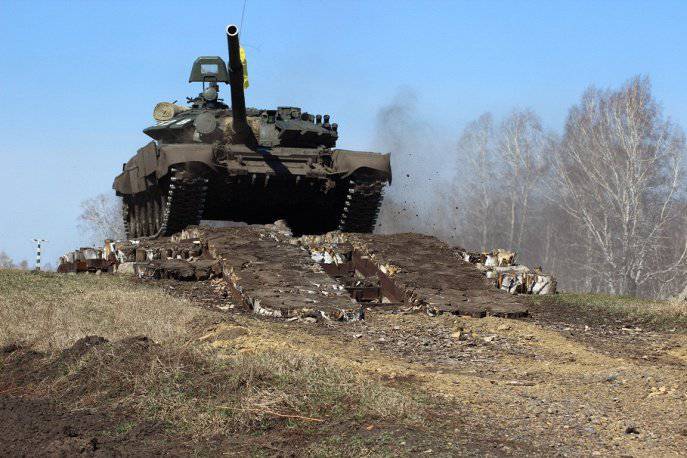 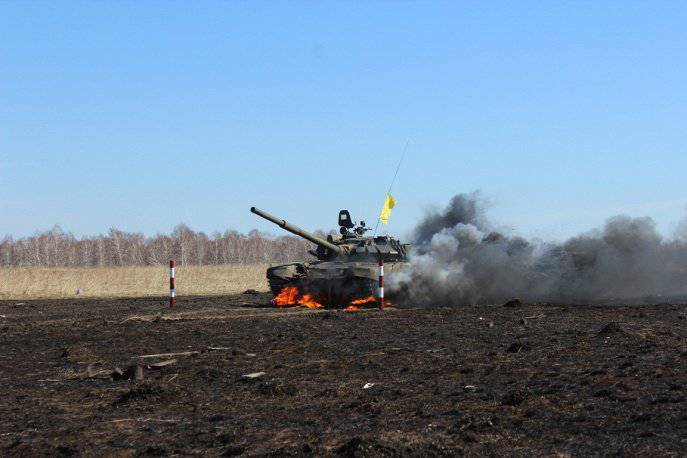 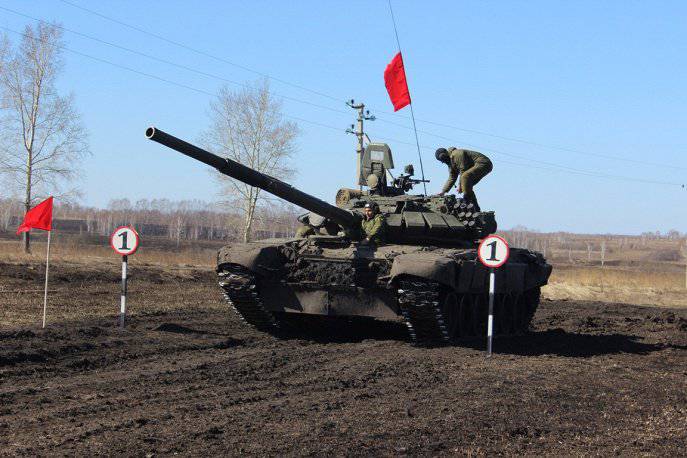 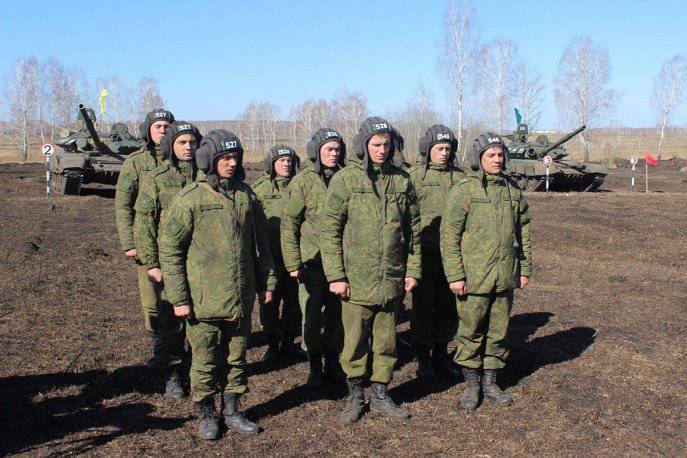 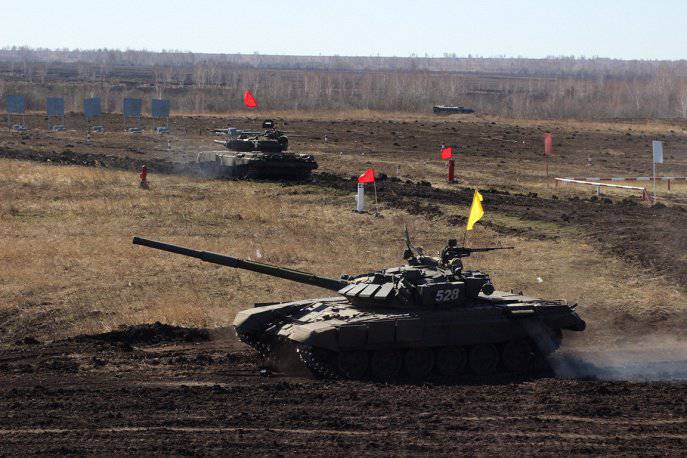 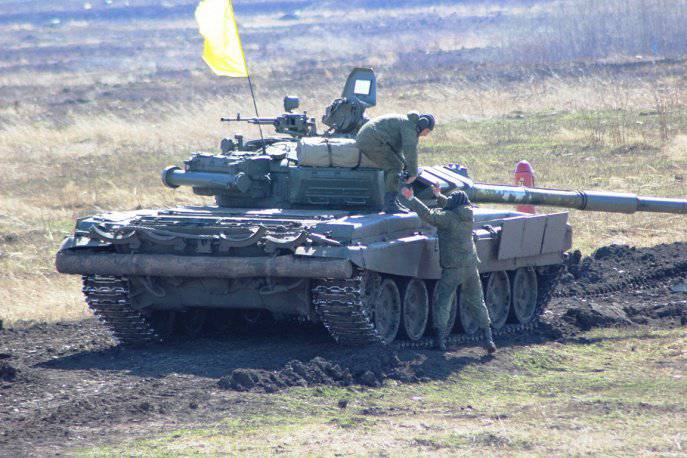