Russian recruits will go to the army with electronic cards

April 24 2014
56
From this year on, all Russian draftees will serve for the first time, having personal electronic cards in their hands. The documents will contain biographical data of young people, their medical indications and information about military professional training. 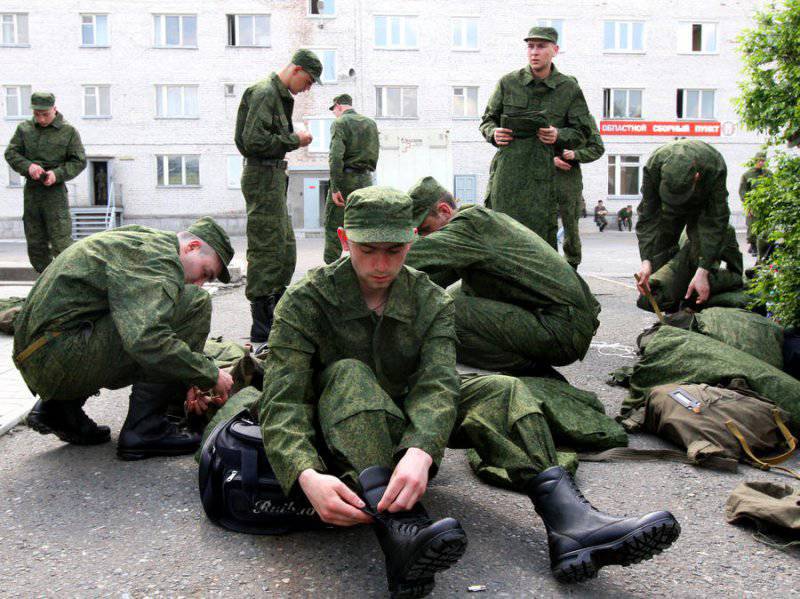 According to the Russian newspaper, the Defense Ministry noted that the new information base will simplify the appointment of recruits to various positions, and after demobilization, the soldiers will streamline their military registration in military enlistment offices, reports Russia Today.

"A plastic document with a built-in memory microchip and a maximum degree of protection will be used in various automated systems for military use, both during military service and when discharged to the reserve," the defense department told the publication.

To issue electronic cards, all recruits were obliged to hand in fingerprints to the commissariat. Previously, only future cadets and contract soldiers were required to undergo a similar procedure. It is reported that new electronic documents will, for example, be very useful to doctors to identify unconscious soldiers.

Until mid-July this year, thousands of young people will join the ranks of 154. The call will affect all regions of Russia with the exception of the Crimea and Sevastopol. There is a deferment until the spring of next year. According to Russian Defense Minister Sergei Shoigu, until the end of 2016, Crimeans will serve only in the garrisons of the peninsula, and later on throughout Russia.
Ctrl Enter
Noticed oshЫbku Highlight text and press. Ctrl + Enter
We are
The action “Military service under the contract is your choice!” In Rostov-on-Don: future contract servicemen, exhibitions and “Russian Knights”Recruits lured to NATO for 500 rubles a day and iPad 2
Military Reviewin Yandex News
Military Reviewin Google News
56 comments
Information
Dear reader, to leave comments on the publication, you must sign in.