Gleb Bobrov, writer and veteran of Afghanistan: Who will shed blood in the South-East - will receive his ice ax or kulyulob 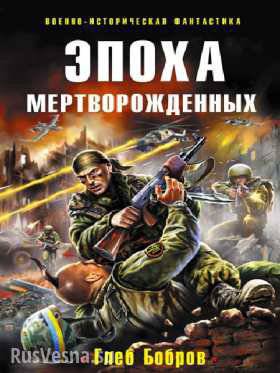 Gleb Bobrov, a writer and veteran of Afghanistan: Whoever sheds blood in the Southeast will receive his ice ax or kulyulob.


(Gleb Bobrov is a Russian writer and journalist. Born 16 on September 1964 in the city of Krasny Luch, Voroshilovgrad region, Ukrainian SSR, in a family of teachers. After graduating from school he served in the Soviet army. He served as a sniper in the 860-th separate motorized rifle regiment of the 40 th Army in Afghanistan (Faizabad, Badakhshan Province). Awarded the DRA Medal “For Courage". Since 2002, a journalist. Author of several well-known works in the genre of political journalism, as well as the anti-dystopian novel “The Epoch of the Dead-Born” Ukraine. The novel caused quite a scandalous resonance and as of year 2013 survived five editions. Lives in Lugansk (Ukraine).

The junta threatened the South-East with a military operation and all sorts of heavenly punishments. As a person who has experience of participating in hostilities and personally observed all the charms of civil war for over the course of 2 for over a period of years, I have the following.

The first. There are no technical possibilities to solve the military crisis in the Southeast of the junta. To clean one SBU building in Lugansk, you need at least 1200 – 1300 well-trained, equipped, technically secured and highly motivated fighters who are ready to die. They have no junta and can not be, if only because it is not for whom to sacrifice their lives. Well, not for huntovsky scum and their sponsors for the fighters to go under the bullets?!.

What then means of pacification or, let's say, the "conquest" of the South-East may be available to the Kiev authorities? What other options do they have?

The only thing the junta can do is shed blood in the form of provocations. That they can.

What could be the reaction of the inhabitants of the Southeast, if, God forbid, blood is shed on their land?

First, the whole Southeast will rise. Not children and students with ribbons in their heads will rise. That which will not be necessary in any way will arise. Only three or four “Afghans” call me every day with a simple question: “Well, so, what should we do, brother?” While we are sitting on the priest exactly, but ... but if blood is shed, then the veterans of the Afghan and of the armed forces, retired committee members and frontiersmen, “golden eagles” and police veterans, boys from the airborne forces and SPN. And there will be no burning tires, except for those that will be bolted with barbed wire and set on fire on the backs of Ukrainian peacekeepers.

Secondly, it should be understood that in this case there will be no more talk of any federalism, and the Southeast, after the Crimea, will say clearly and unequivocally: “Fuck you, Ukraine!”.

The junta must learn: South-East will not stop at the border of the Donetsk region.

And the South-East, which does not stop at the border of the Donetsk region, will simply leave? And what will happen to the Kiev authorities?

One more thing that the Kiev junta has to learn.

Every bastard guilty of a drop of blood must remember that from now on there will not be a single country where he could hide.

Everyone who is guilty of blood will sooner or later receive his own personal ice ax, pendant or, in the worst case, a box of chocolates.

For such is the logic of the historical process, if someone has not yet understood what is happening.