How to forge a new world: to the imminent death of the limitrophe republics 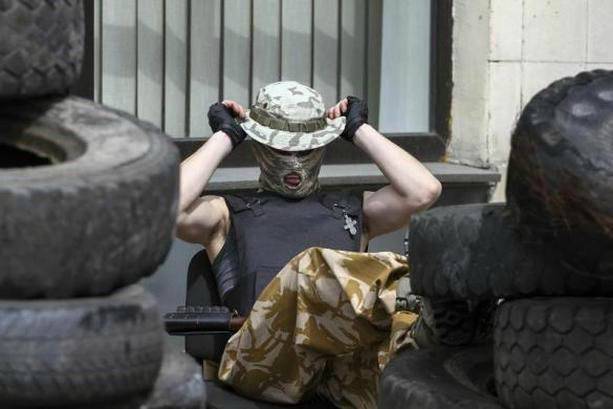 The collapse of the Ukrainian state is not only a tragedy for the people of Ukraine and challenges for Russia, but also a fundamental change in the existing world order. The world is rapidly changing, returning to a multipolar model of the world order. One of the accompanying phenomena of this process is the dismantling of limitropic post-Soviet republics.

The collapse of the USSR gave rise to many limitrophe republics - border states that do not have real sovereignty, that exist only to contain Russia and transfer internal instability to the territory of Russia with a view to its further chaos. In fact, all the post-Soviet republics, except Russia, were supposed to become limitrofy, elements of the sanitary cordon, however, the cordon immediately found gaps in the form of Kazakhstan and Belarus. In these republics, the state managed to survive. Now these republics, together with Russia, constitute the core of the Customs Union.

Uzbekistan, Azerbaijan and Turkmenistan, initially taking an anti-Russian position, avoided the fate of polygons for color revolutions and somehow preserved the state. In fact, these republics have abandoned the right to independently pursue foreign policy, having integrated themselves into the existing world order. In exchange for this, the West allowed their elites to independently determine their domestic policies, reducing their intervention to a minimum.

The rest of the republic ended up under external control. The overseas empire controls the foreign and domestic policies of Ukraine, Georgia, Tajikistan and Kyrgyzstan.

The strengthening of Russia and the launch of the Customs Union initiated the process of the withdrawal of the limited-member republics from the subordination of the conditional West. The unipolar world reeled, and the sanitary cordon began to burst. The first out of control is Armenia. Kyrgyzstan is still torn, wanting to be smart and beautiful. The forced attempt by the Ukrainian leadership to strengthen ties with Russia ended in disaster: a key element of the sanitary cordon was plunged into chaos.

The collapse of the unipolar world

It should be understood that limitrophe republics are a target project and there are exactly as many as necessary and beneficial to their architects. As long as these republics ensured the containment of weak Russia, their leadership was not “shaken up” by color revolutions. Now, when Russia openly announced the beginning of the gathering of lost lands and the unification of the Russian people, the life of the limitrophe comes to an end.

Maintain limitrofy in the form in which they existed previously, it has become impractical. That is why Ukraine is trying to build a Nazi state. However, being fascinated by the Ukrainian events, the rest of the republics of the sanitary cordon remain unattended. Their lifespan also comes to an end, they, like Ukraine:

1. Not achieved success in state building;

2. They did not create a different ideology, except Russophobia;

3. Their state degraded, and the infrastructure decayed;

4. They are built into the technological zone of the West as a downstream, resource element;

5. A considerable part of the population retained a loyal attitude towards Russia;

6. Their margin of safety comes to an end.

But the most important thing: the holder of shares of limitrophe states needs to protect his right to live as he likes, robbing everything around him. It is impossible to preserve the existing world order in an honest way, and it’s too dangerous to come together in open confrontation. It is impossible to crush Russia economically: it has long become a part of the world economy, and therefore sanctions will cause damage not only to Russia, but also to the West. Embroil Russia and China also does not come out.

Consequently, the only way to preserve the collapsing world order is the destruction of limitrofs.

I gave birth to you, I will kill you

It is the destruction, not the change of regime to a more loyal one. It’s possible to change it, but the new post-revolutionary rulers will not be able to keep in power: there are no resources inside the republics, and the West does not provide support.

Therefore, in the post-Soviet space, the West will randomize everything that it can. In the South Caucasus, Armenia and Azerbaijan can be pushed through a new conflict in Karabakh; in Georgia, they can play on poverty and public discontent with the internal policies of the authorities. The republics of Central Asia set fire to no problem at all: there is already a hell of a cocktail out of the problem of Afghanistan, interethnic conflicts, drug trafficking and interstate confrontations.

And all this will have to extinguish Russia. In addition, do not forget about China: he will also have to stick to work and replenish the composition of the fire crew. Will Russia be able to put it out? It can, but only if it is extinguished quickly. For this, in turn, you need to quickly resolve the Ukrainian issue. The deadline is the end of autumn, then it will be necessary to proceed to Central Asia and so on.

Yes, we are ready, though not in the way we would like. However, the Soviet Union was also not ready for the Great Patriotic War by 100%. And nothing survived. Now the situation is facilitated by the fact that an open military clash is not foreseen - they will crush with chaos and hit the economy.

The society is also ready: the level of support for foreign policy by the population of Russia is huge, that is, the leadership of the Russian Federation has received a huge mandate of trust. Moreover, the population is ready to endure hardships for the sake of collecting land and changing the existing world order.

But most importantly, the society begins to recover from 90's injuries: the psychotherapy of the Olympics allowed the mass consciousness to be cured, removing it from stupor. The fifth column is now openly told who it is, and the younger generation declares its readiness to fly into space, which indicates a desire to change the world. Moreover, he will have such an opportunity. So welcome to the new world.

Ctrl Enter
Noticed oshЫbku Highlight text and press. Ctrl + Enter
We are
Customs clearanceThe impact of the Customs Union on the economy of Kazakhstan
Military Reviewin Yandex News
Military Reviewin Google News
87 comments
Information
Dear reader, to leave comments on the publication, you must sign in.