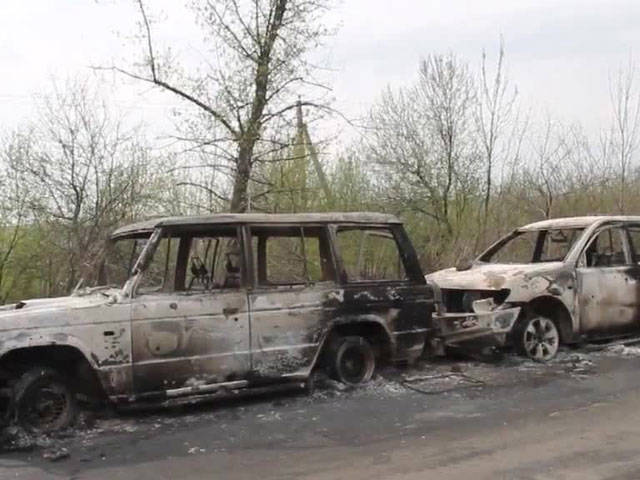 Representatives of the "militia" Slavyansk said the detention of one of the alleged participants in the attack on the checkpoint, which occurred on Sunday night. As one of the assistants to the commander of self-defense, Vyacheslav Ponomarev, said, the young man lost his squad and tried to get out of Slavyansk in the direction of Kharkov on a ride. In the afternoon, militiamen found him on a highway near the city. According to the young man, he was 22 of the year, a few months ago he came from Vinnytsia region to Kiev to Maidan and joined the Right Sector there.

Supporters of federalization in Slavyansk appeal to Russia with a request to introduce peacekeeping troops.

The Russian Foreign Ministry is outraged by the violation of the Easter truce, which was previously mentioned in Kiev. In Smolensk Square, the night attack was explained by the fact that the new Ukrainian authorities refuse to disarm the radicals. Our ministry calls on Ukraine to implement the Geneva accords.

As a result of an attack by unknowns on a checkpoint in Slavyansk, people were killed both by civilians and attackers, Vesti FM radio reports.