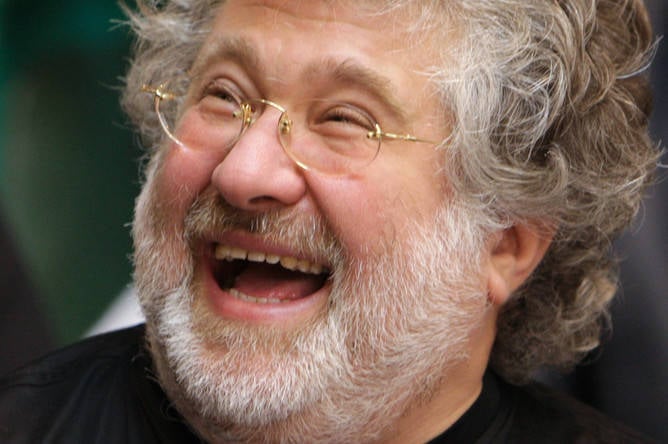 Here are Putin’s words on a straight line about the development of the service sector in Crimea:

“And the service sector, you still can’t forget about it, Crimea was always famous, and it was talked about not only as the base of the Black Sea Russian military fleet, but also how about the All-Russian and All-Union health resort. We will develop, of course, and this. Unfortunately, the material and technical base of leisure enterprises, sanatoriums, resorts fell into decay. Our experts who visited Crimea, got acquainted with these enterprises, with these recreation facilities, rest houses, sanatoriums, came to the conclusion that according to the Russian sanitary and epidemiological standards they can’t even be used today, some of them, in any case, can be used for living of people. When asked how people were resting here, it’s embarrassing to say, but the answer is so strange, they say: “Why, the miners came, they don’t care, they wave half a glass there - and to the beach.” We can’t approach this, you know, in organizing a vacation for Russians, so this will also require additional investment. And the very free economic zone that you just mentioned should allow Russian capital with certain preferences to come to the territory of Crimea and Sevastopol so that development is accelerated. ”

Noticed the words about the miners, about how it was EARLY? Notice whose words are in quotes?

"The miners called Putin impudent and cynical for" drunkard miners ""

The miners called the statements of Russian President Vladimir Putin cynical and despise him for insulting words about "drunken miners."
Recall (I like this touching “recall” - AK), during a direct line with the Russians and residents of the Crimea, Putin said that the sea on the peninsula is very dirty and drunken miners bathe there.

“This is a cynical attitude of a brazen man who believes that he is knee-deep in the sea. The miners are noble people and they simply despise such a person, ”noted Volynets, Chairman of the Independent Trade Union of Miners of Ukraine, in a comment from TSNua about Putin’s statement. According to him, miners all over the world work hard and do not see the sky and the sun, therefore they value rest. And the traditions to rest with them are already well established. “For example, go to the surface and smoke or take a bottle if there is an event in a brigade. They have this way of communication. They do not get much money to go to restaurants. They go to the landing or on the lawn. But we can not say that the miners are drunkards. This is very unpleasant, ”says Volynets. He also added that now the miners and their families, who received decent attention, will be rehabilitated abroad. Considered options for Bulgaria and Turkey. Because of the unstable situation in the Crimea, our miners are not likely to rest there anymore. ”

Such is the "informing" of people. You say - garbage, anyone can open the website of the President and check. For example, I did it. But ... you need two conditions for this.

1. Time and opportunity to check. Here I recall, by the way, that we are talking about miners who work a lot and hard. And something tells me that after returning home, they are unlikely to use the Internet to double-check the information of the Ukrainian media.

2. In order to double-check the media in our case, it is necessary, firstly, not to trust the media, and secondly, to trust Putin. However, the majority of consumers of the Ukrainian media, even if doubt crept in, probably immediately had a thought: “Well, can't they lie so brazenly ?!”

They can, because they have to lie brazenly and cynically, as written in the title. So they were taught by American information warfare instructors.
(It is clear that all that has been said does not apply to the trade union professor Volyintsu - he knows very well, scab, that he lies)

And here we must generally remember that the Ukrainian media are waging a real war for the miners. Alas, in the absence of opponents. Our print media in the east of Ukraine are not available, television is turned off (although I didn’t see any stories about miners on Russian TV), I’ve already told you about the Internet, there’s hope that they will check and explain to parents only for children and grandchildren.

The scope and methods of this war can be judged by miners in the minds of miners without reference to the links to other articles cited below:
"The leader of the miners' union: the miners understand that Russia will destroy the Ukrainian mines" (this is the same Volynets, trade unionist)
"Donbass miners opposed separatism"
"Donbass miners decided to protect the region from Russian aggression - trade union"

What conclusion can be drawn from the description of this episode of the information war, which the Kiev junta leads against Russia? Only one. The task of agitation in the miner's environment should be assumed by the Coordination Council of the Southeast movement.

Ctrl Enter
Noticed oshЫbku Highlight text and press. Ctrl + Enter
We are
About Stalin and KhrushchevList of destroyed the largest and most high-tech enterprises
Military Reviewin Yandex News
Military Reviewin Google News
173 comments
Information
Dear reader, to leave comments on the publication, you must sign in.